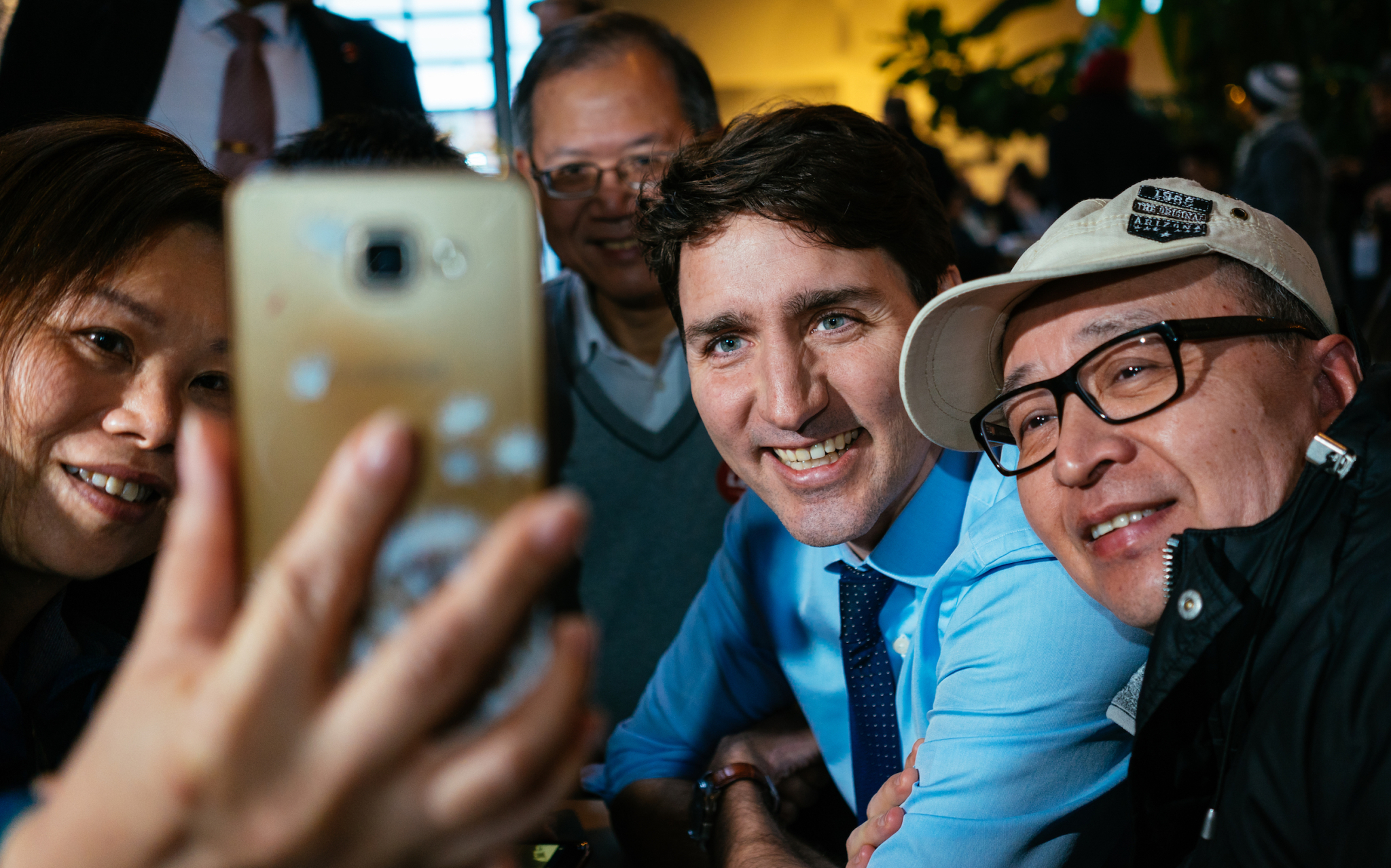 The hashtag #TrudeauMustGo soared to the top of Twitter's trending list in Canada on Tuesday, perhaps giving some observers the impression that Canadians were taking to social media en masse to express their discontent with the prime minister.

But a closer look revealed that much of the activity surrounding the hashtag was actually driven by accounts tweeting at non-human rates, including about two dozen accounts created in the past 48 hours.

The trending hashtag came in response to comments Trudeau made on Monday, when he criticized U.S. President Donald Trump’s recent racist tweets in which he told four sitting congresswomen to go back to the countries they came from.

According to Trends24, which monitors trending topics on Twitter in real time, the hashtag was the #2 trending hashtag in Canada on Tuesday.

Some interpreted the social media activity as a sign that public opinion in Canada is turning against Trudeau, while others used the trending hashtag as "proof" that Canadians are souring on the prime minister. One conservative blog reported that the hashtag is a “clear example of his unpopularity.”

But as it turns out, there's nothing clear about it.

To get a better look at the activity surrounding #TrudeauMustGo, we used the open source data visualization platform Kibana to analyze 31,600 tweets from 8,185 unique users who tweeted the hashtag on July 16 and July 17.

Several notable patterns emerged from the data, including numerous indicators of inauthentic activity.

More than two dozen accounts tweeting the hashtag #TrudeauMustGo were created in the past two days, many of which tweeted at non-human rates.

Some accounts using the hashtag displayed signs of automation, while others appeared to be pro-Trump accounts that jumped onto the anti-Trudeau hashtag. About 400 accounts had the word “MAGA” in their profiles.

More than two dozen accounts tweeting the hashtag were created in the past two days, many of which tweeted at non-human rates. For example, @tcanuckchik tweeted more than 230 times within 24 hours of creating an account. Another account, @aviator300E, was created on July 14 and tweeted more than 200 times a day during the first two days of its existence. Other recently created accounts displayed similar rapid-firing tweeting, some of which have already been deleted or suspended by Twitter.

The hashtag also got a boost when Trudeau supporters and other users started tweeting the hashtag in an attempt to co-opt it with opposing messages. Many of these users also added competing hashtags, including #ScheerDesperation and #TrudeauMustStay, alongside #TrudeauMustGo. Both of those competing hashtags appeared among the top trending hashtags in Canada over the past 24 hours, according to Trends24.

The hashtag cloud, which visualizes the top hashtags used by accounts tweeting #TrudeauMustGo, reflects how the topic was co-opted by opposing messages.

One of the perils of social media is that automated accounts and co-ordinated inauthentic activity can create the false appearance of widespread support (or opposition) for an issue, position or candidate — a phenomenon known as manufactured consensus.

This type of aggressive social media manipulation is not necessarily the norm in Canada, “but it’s a well recognized pattern in the States," said Neal Rauhauser, a U.S.-based social media analyst and research consultant for the Social Media Intelligence Unit (SMIU). Rauhauser assisted with the technical analysis and data interpretation.

Certainly, many of those using the hashtag #TrudeauMustGo were real Canadians expressing their real feelings — but a non-trivial number of tweets came from accounts that were either brand new, displayed signs of automation or both.

Meanwhile, other tweets came from users who were explicitly opposed to the message conveyed by the hashtag, and still others came from accounts that appeared to be oriented toward American, not Canadian, politics.

I see a lot of accusations of

I see a lot of accusations of left wing bot use coming from the right wing twitter people. It just proves, once again, that conservatives accuse others of what they do.

It's hard to refute data, so

It's hard to refute data, so I guess pointing fingers is the fallback plan!

Absolutely......and they've been doing it for years. Remember old Joe Oliver with his 'foreign environmentalists"? A card Kenny is trying to play now.

Wasn't that around the time foreign interests were investing in that Northern Gateway project.....?
Trick is, to get your accusations out against your enemies, before they have time to draw attention to where you get your funding.......or what you've been up to in general.

Seems to work for them.

Thanks so much, Peter! There

Thanks so much, Peter! There will be more where this came from :)

Thanks Caroline for the

Thanks Caroline for the eyeopening article.
Voters must do their due diligence to vote for a political party in the upcoming and future elections.
Please beware of social media, it may influence your decision.

Thanks so much for the

Thanks so much for the feedback. You're 100% right regarding the need to be vigilant about social media. In our current media environment, social media influences everything from what makes it into the news to what ranks highest on search algorithms like Google. It plays a major role in shaping our perceptions, and it's very easy to manipulate that. Being aware of this is so important -- even more so with an election quickly approaching.