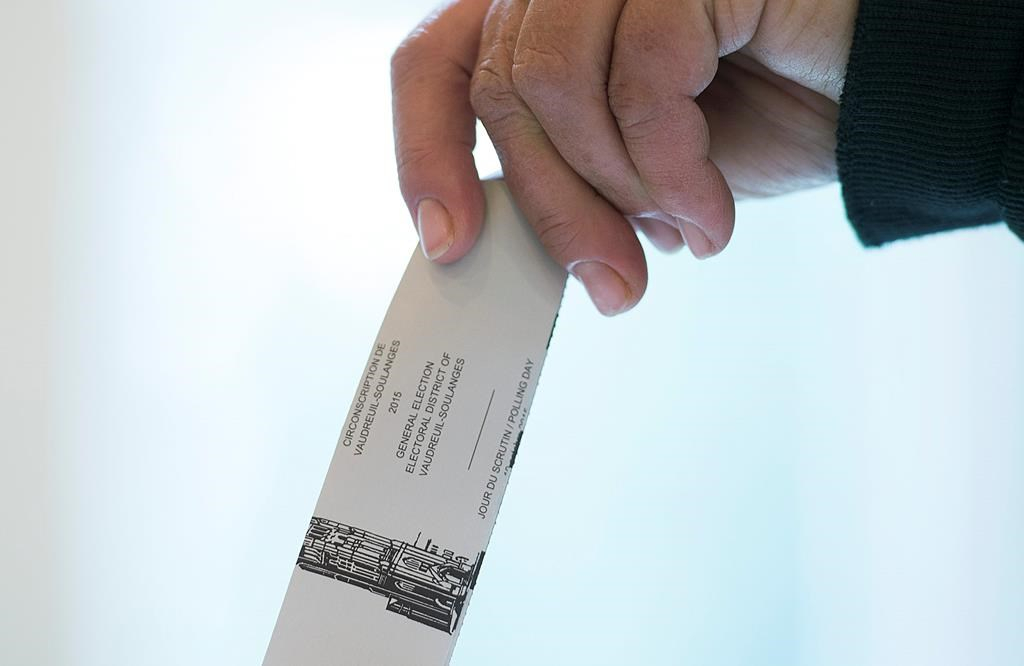 A woman casts her ballot in the riding of Vaudreuil-Soulanges, west of Montreal, on election day, on Monday, Oct. 19, 2015. File photo by The Canadian Press/Graham Hughes
Previous story
Next story

The federal Liberals are asking the elections commissioner to look into what they allege is possible improper co-ordination between two conservative pressure groups, a claim the groups' spokesman says is frivolous.

The Liberal party says in a letter to commissioner Yves Cote that Canada Proud and British Columbia Proud sent nearly identical mass emails on July 15, asking for donations to Canada Proud to save the country from a second term for the Liberals.

The catch is that Canada Proud is a registered third-party campaigner for the upcoming federal election, unlike British Columbia Proud.

"My concerns are twofold," says a letter signed by Liberal national director Azam Ishmael. "First, I am concerned that B.C. Proud has incurred partisan activity expenses in excess of $500, triggering the immediate requirement for registration" as a third-party federal campaigner.

"Second, I am equally concerned that Canada Proud and B.C. Proud are sharing resources in such a way that may enable either or both of these third parties to circumvent the maximum spending limit applicable to third parties during the pre-election period."

The Liberals publicly released a copy of the letter on Friday.

"Everything that we've done complies with both the letter and the spirit of the law," said Ryan O'Connor, a director of Canada Proud who is also the lawyer for both it and B.C. Proud.

"The complaint is frivolous and without merit and we're happy to respond to the commissioner of Canada elections."

O'Connor said although the two emails were similar, they went to different lists of supporters, and there's no rule against one entity soliciting contributions for another.

With the next federal election slated for Oct. 21, Canada is in an official pre-election period. Third parties are limited to spending just more than $1 million in the months leading up the formal election call in September, including about $10,200 in any given riding.

Canada Proud is an offshoot of Ontario Proud, which was a major player in the last provincial election there, mainly attacking the Ontario Liberals and New Democrats. Both were started by former Conservative political staffer Jeff Ballingall, who has been open in the past about the groups' mission to defeat Liberals all over the country.

Besides the fundraising pitch, the emails the Liberals are complaining about include a video criticizing Justin Trudeau, urging recipients to share it online as much as possible.

Canada Strong and Proud registers as third party for election