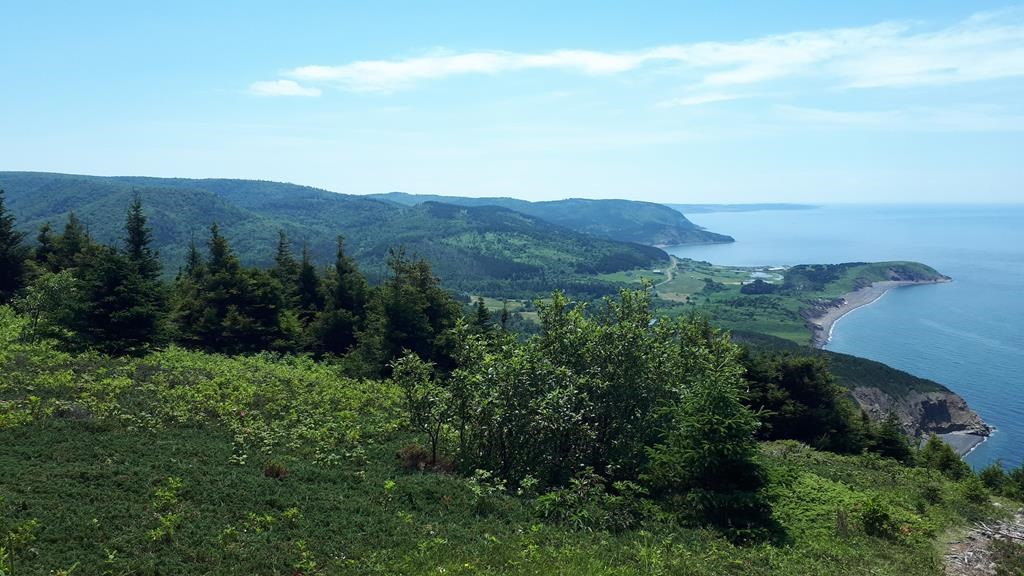 The Nova Scotia Nature Trust says it has acquired the largest parcel of coastal land for conservation in its 25-year history.

The new protected area encompasses 800 hectares of coastal wilderness in Cape Breton between Mabou and Inverness.

The Nature Trust says the Mabou Highlands Conservation Lands were protected thanks to the generosity of a group of American families.

Stretching four kilometres along a wild coastline, the protected area extends 2.5 kilometres inland from the sea to the top of the mountains between Sight Point and south of MacKinnons Brook.

It features old-growth hardwood forests, brooks, steep ravines, coastal cliffs, meadows and a diversity of wildlife, including at-risk species such as the Canada warbler and eastern wood-pewee.

The campaign was supported by the federal government's Nature Fund, part of a national commitment to protect 17 per cent of Canada's lands for biodiversity by 2020.

"We are celebrating a spectacular new 2,000-acre coastal wilderness thanks to a group of landowners who had the foresight and vision to keep this very special place intact, for the benefit of nature and for all Nova Scotians," Bonnie Sutherland, executive director of the Nature Trust, said in a news release.

In all, 17 new protected areas were secured across Nova Scotia, including the Mabou Highlands.

That's wonderful. But designation ultimately doesn't mean anything if governments then go ahead and approve industrial operations with downstream effects ... or right on the edges ...
I'm thinking of the recent oil drilling operation approved right next to a "protected" island.
There needs to be tough legislation describing what cannot be allowed to impact protected areas.