Both leaders' debates and countrywide environment events scheduled for Oct. 7 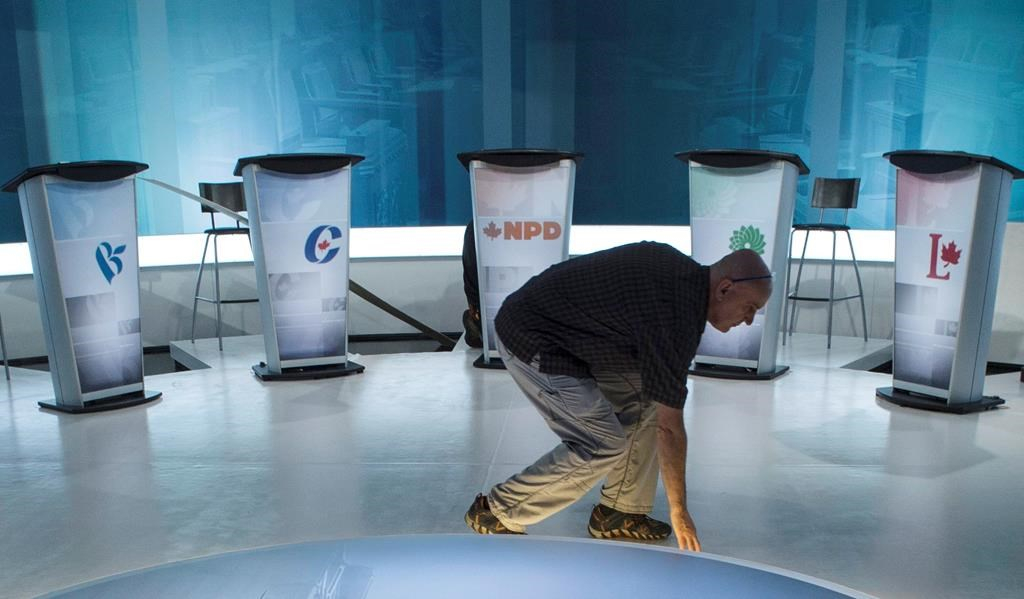 A technician cleans the set in preparation for Thursday night's French language leaders debate on Wednesday, September 23, 2015 in Montreal. File photo by The Canadian Press/Paul Chiasson
Previous story
Next story

The official English-language leaders' debate for the fall election is set to conflict with more than 100 planned all-candidates events focused on the environment.

GreenPAC, a non-partisan, non-profit organization dedicated to electing environmentalist candidates, announced in early June that it would help co-ordinate environment debates in ridings across the country on Oct. 7.

Several weeks ago, the group learned the about the timing of one of the two official campaign debates — also Oct. 7.

Holding the debates at the same time would force voters to split their attention, or choose to watch just one debate live, potentially to the detriment of both events that hope to reach the widest audience possible.

GreenPAC's executive director says it became clear after speaking with the Leaders' Debates Commission that it would not adjust its schedule.

Sabrina Bowman says she understand the commission was operating under constraints, but had hoped it would be more flexible.

"While they were apologetic, they weren't really willing to shift," she said in an interview Thursday.

The commission's executive director says the commission is willing to help make GreenPAC's debates, "or any other debates," successful, but wouldn't change dates.

Michel Cormier didn't say whether the commission considered the dates of other debates when determining its scheduling.

The two sides are looking at options to resolve the scheduling conflict.

"Ultimately we're both trying to do the same thing — we want Canadian engagement in democracy," Bowman said.

She said GreenPAC is talking with local organizers to determine if they need to move the dates for their 100-plus events, which they began organizing early this year.