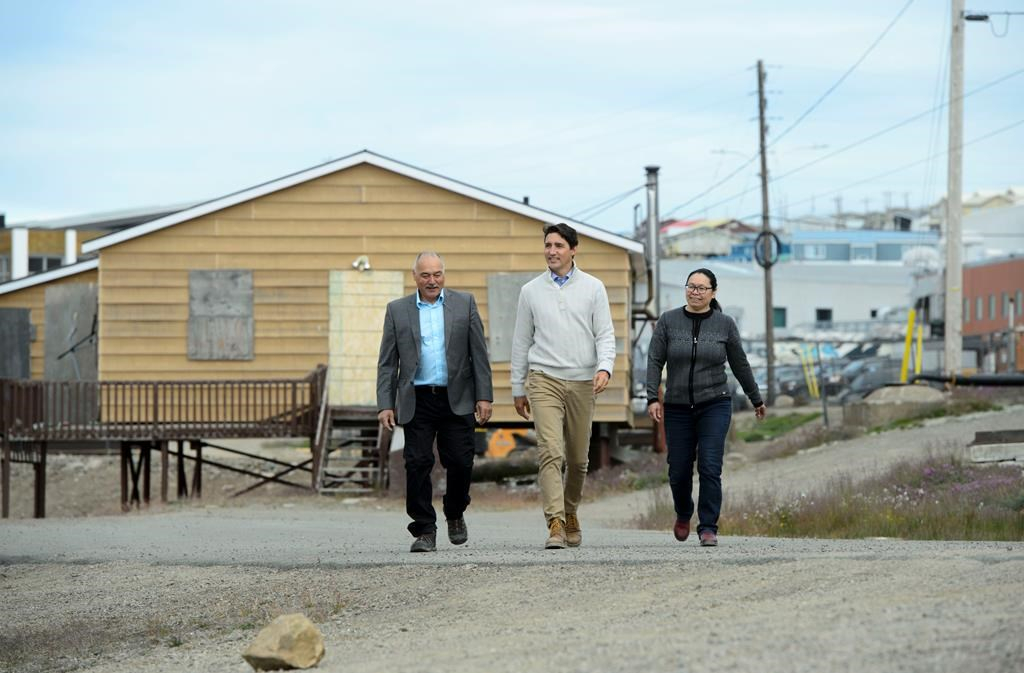 The federal government has reached a new housing agreement with Nunavut to help address the housing crisis across the territory, says Prime Minister Justin Trudeau.

"We recognize that this is a big step forward that is going to make a huge difference in creating thousands of homes and we know this is really going to make a tangible impact in the lives of people here in the North," Trudeau said Friday during the second day of his two-day visit to the Far North.

The prime minister made the announcement in Iqaluit alongside Nunavut Premier Joe Savikataaq and Iqaluit Mayor Madeleine Redfern.

Nothing good comes from an overcrowded house, said Savikataaq, who described the housing situation as a crisis in what he called a "cold, harsh" environment.

"It is no place for anyone to be homeless and we are happy for this funding," he said.

The new agreement, which involves both the federal and territorial governments, will provide $290 million in targeted funding over eight years to "protect, renew and expand" social and community housing, as well as repair and build affordable homes across the territory.

The federal government said Nunavut needs more than 3,000 units to meet its current housing demand, with over 4,900 individuals on waiting lists for public housing.