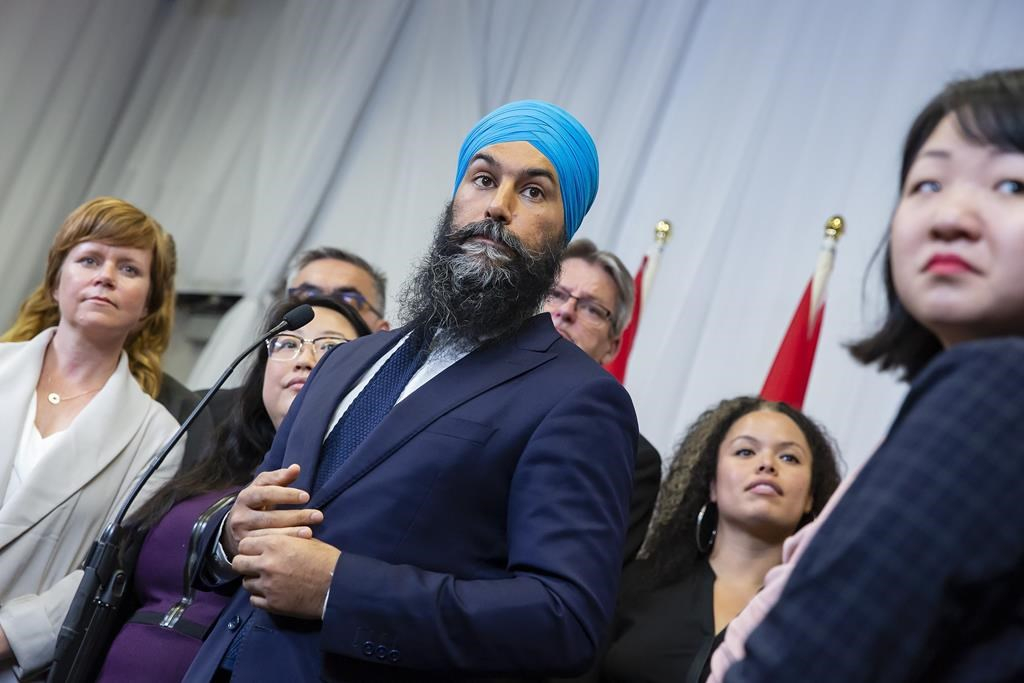 An event that the federal New Democrats say was meant to be an "open house" for Jagmeet Singh's new B.C. constituency office was originally billed in an email invitation as a pre-election campaign event — the result of what the party says was an honest mistake.

Federal election law restricts the use of so-called MP resources, such as constituency offices, for election campaign purposes — something the party never intended to do, said Melanie Richer, the NDP's director of communications.

"Our caucus and staff are always looking to respect the use of our parliamentary resources responsibly," Richer said in a statement.

"We are looking forward to welcoming the people of Burnaby South to Jagmeet's office in the riding and showcasing the ways his office can help."

"With election day less than three months away, the excitement keeps growing here in Burnaby," said the original email, which was sent Wednesday. "Let's all come together and get ready to get excited, spread the word, and run the best possible campaign here in Burnaby South!"

As soon as the party recognized its mistake, a retraction describing the original email as having been "sent in error" was distributed, Richer said, followed by a new invite that made no reference to the election.

"I'm hosting an open house on Friday — and I'm hoping you'll be there," said the subsequent invitation, which purported to be from Singh himself. "It's my opportunity to connect with you and share the work I'm doing for people here in Burnaby South."

The House of Commons clerk has been notified of the mistake, Richer added.

Liberal party spokesman Parker Lund said the gaffe conjures memories of the so-called satellite office controversy: in 2014, the House of Commons committee known as the board of internal economy ordered 68 NDP MPs to pay back $2.7 million in parliamentary funds that went to offices in Montreal, Quebec City and Toronto.

The cash-strapped party has long denied using parliamentary resources inappropriately and has been fighting the decision in court ever since. Last month, the Supreme Court of Canada declined to hear their appeal.

"The NDP should have learned their lesson: you can't use taxpayer funded offices for campaigning," Lund said in a statement. "Jagmeet Singh should do the right thing and cancel his event."