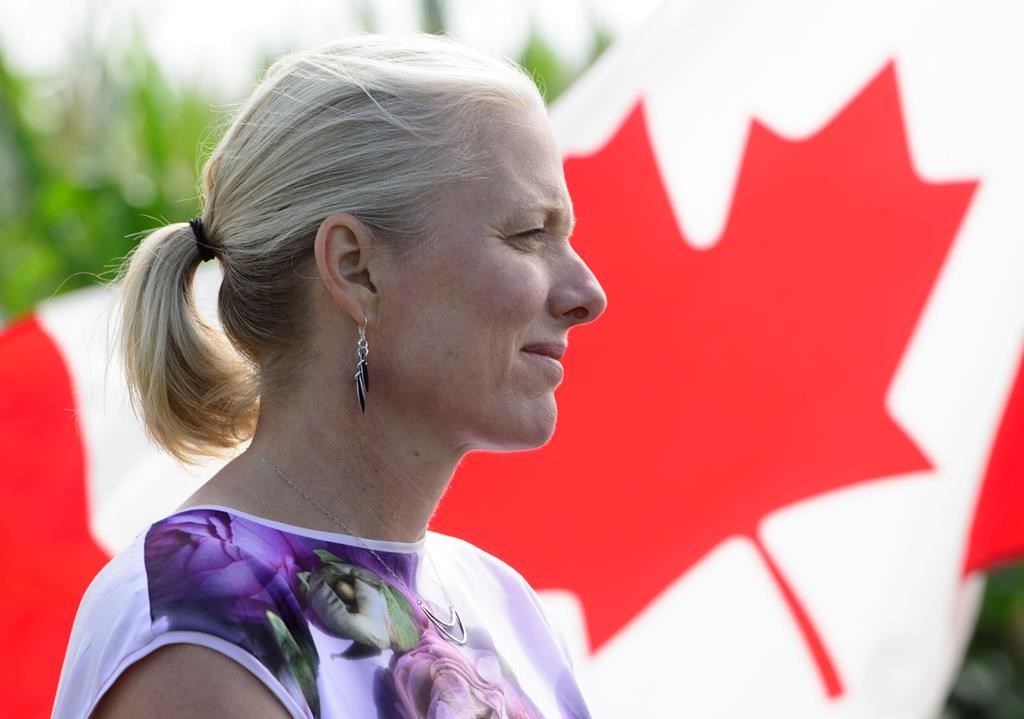 A high-profile call to eat more plants and less meat in order to combat global warming is directly in line with Canada's new food guide, which extols the health benefits of precisely such a change in diet, Environment Minister Catherine McKenna said Friday.

Standing in front of a cornfield at Ottawa's Central Experimental Farm, McKenna was announcing $600,000 in funding for various agricultural innovations including bioplastics, using artificial intelligence for crop spraying, and creating a smart data hub for agricultural management.

But her event came the day after the United Nations Intergovernmental Panel on Climate issued a report on land use and climate change that warned the entire planet could be facing a global food shortage if people don't step up their efforts to curb planet-warming greenhouse gas emissions.

"We know we need to reduce emissions from all sectors, that includes agriculture," said McKenna.

"The report also made the point that we can all be part of the solution and that includes considering our diet. Our food guide talked about looking at more plant-based foods and I think that is an opportunity for everyone."

The United Nations report is the third in the last 10 months to underscore the need for the world to curb its greenhouse-gas emitting habits enough to keep the planet from getting too warm. The latest one comes less than three months before Canadians will choose their next government in a campaign where the environment is expected to be a dominant theme.

Thus far, much of the focus of environmental platforms has been on curbing fossil fuel use including coal and gasoline, and in particular carbon pricing. Less attention has been paid to agriculture and forestry management.

The UN report this week suggested that the way humans have been using land, including for endeavours like forestry and farming, is to blame for about one-quarter of the world's greenhouse gas emissions between 2007 and 2016.

Many Canadian farmers, particularly in Alberta and Saskatchewan, have already adopted the zero-tillage seeding processes recommended by the UN report. These processes plant seed in soil that is mostly undisturbed rather than turning it over and releasing its stored carbon into the atmosphere. Nationally, 59 per cent of all seeded farmland in 2016 used zero-tillage, including 75 per cent of seeded land in Saskatchewan and 69 per cent in Alberta.

But another factor is the demand-side of agriculture. Meat production globally has more than doubled per person since the 1960s.

UN Food and Agriculture data show that in 2013, Canadians consumed 90.75 kilograms of meat each. Australians topped the scales at more than 116 kg, followed by Americans at 115 kg and Argentinians at 107 kg.

UN panel member James Skea, a professor at Imperial College London's Centre for Environmental Policy, told the panel's news conference Thursday that the evidence makes clear that "a move to more balanced diets could help us adapt to and limit climate change."

He said that the report is not telling people what to eat because those are personal decisions that are often influenced by local supplies and cultural influences. Rather, he said, they are simply stating the fact that eating more meat — particularly red meat — produces more emissions.

"Diets high in grains, nuts and vegetables have a lower carbon footprint than those that are high in meat and they lead to better health outcomes."

Producing meat, red meat in particular, takes up more land than producing grains and other field crops. One study from 2016 cited in the UN report said if every country in the world ate the average diet of many wealthy countries, like the United States and the United Kingdom, we would need more land than is actually available.

In some Canadian provinces, the methane produced by livestock is also a significant source of greenhouse gases. Nationally, methane from livestock is 41 per cent of all the emissions produced by agriculture, and almost four per cent of Canada's total emissions. One dairy cow can produce as much methane as an average vehicle over the course of a year.

By Mia Rabson | News, Politics | August 8th 2019
Reports from the Race to a Safer World