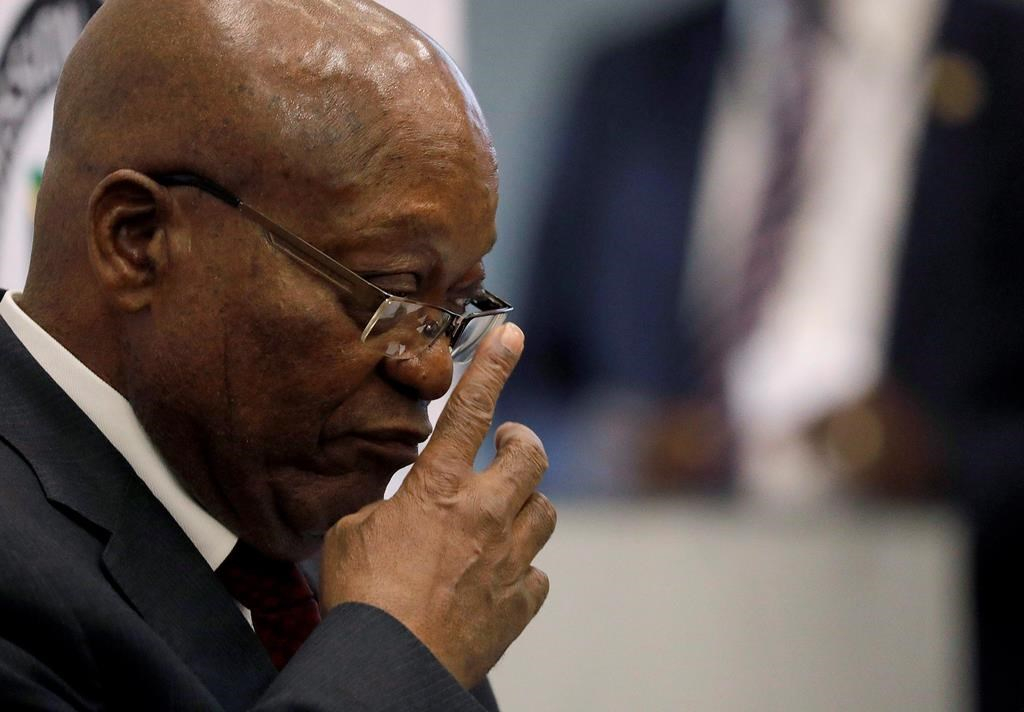 Canada's export credit agency says it regrets a 2015 decision to lend US$41 million to a South African company owned by members of a family with ties to former president Jacob Zuma.

Export Development Canada executive vice-president Carl Burlock says in the months and years that followed, the agency became increasingly concerned about the loan it provided to Westdawn Investments to backstop the sale of Bombardier aircraft.

Over that time, Burlock said in a statement Wednesday, allegations related to corruption and political interference were mounting against members of the Gupta family, which owns the company.

"EDC's loan to Westdawn has been the subject of public interest — and for good reason," Burlock said of a story first reported by the Globe and Mail newspaper in August 2017.

"During this time, EDC monitored these developments and our concern grew, as did the public's, as more information came to light."

The Globe reported that the money helped the wealthy Gupta family, which has been closely connected to Zuma, buy a $52-million Global 6000 jet from Montreal-based Bombardier. The information, the report said, was contained in emails obtained by two South African investigative-journalism units.

Zuma resigned as South Africa's president in 2018 after a near-decade-long tenure marked by persistent corruption allegations.

Export Development Canada, a Crown corporation that backs loans and provides insurance, ended its business relationship with Westdawn in December 2017.

The agency's decision to support the purchase, Burlock added, was in line with its international commitments under the Organization for Economic Co-operation and Development and relied on the fact there were no formal charges or active investigations related to the allegations.

The process flagged political influence concerns, but he noted it lacked an in-depth probe into the risks related to people who hold, or have held, powerful public positions.

"As a result, EDC chose to proceed and acknowledges that that decision was a mistake," said Burlock.

"This transaction has provided powerful lessons for EDC. It helped us see gaps that we have since filled, resulting in improvements to both our due diligence and decision-making processes."

Westdawn has filed a lawsuit in the United Kingdom against the agency to contest the deal's termination, he said. The litigation is still before the courts.

The most pressing questionis:

The most pressing questionis: has the Wetdawn/Gupta organization repaid the "loan" or is that money vanished into the ether that systemic corruption creates?

One is somewhat relieved to hear CDC eating "humble pie" about this ill conceived loan. It is more than overdue for the international banking business and the "development" institutions to be conducting due diligence of their clients. Banks seem willing to engage in high risk financial transactions in the hope of making money somewhere in the process and "backstopping" their own bad judgment by nickle and diming to death their hapless retail customers and taxpayers.