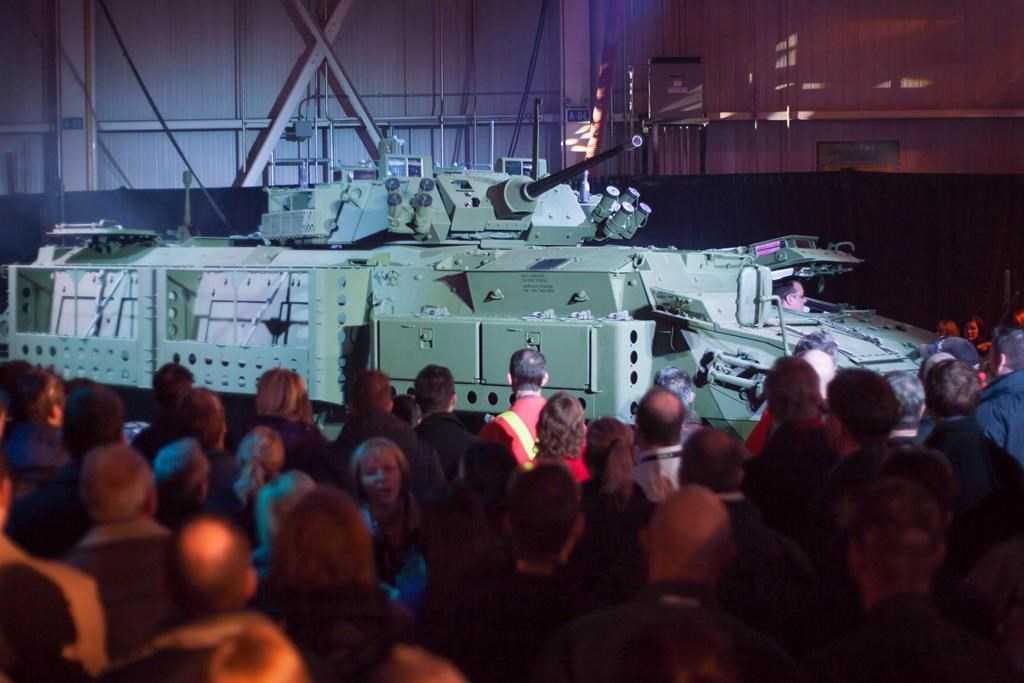 The federal government has not been able to determine with any certainty that Canadian-made light-armoured vehicles sold to Saudi Arabia were used by that country to suppress the Shiite minority in the eastern part of the country.

Foreign Affairs Minister Chrystia Freeland confirmed Thursday that officials from her department did not find conclusive evidence that the Canadian-made vehicles have been used in human rights abuses.

That independent opinion from public servants was communicated to her after a "rigorous investigation" launched last August at her request.

"That was the independent, objective opinion of our public service and the advice given to me as minister."

At the time, Freeland said she was deeply concerned by reports last summer in the Globe and Mail that Saudi Arabia had used Gurkha armoured personnel carriers, made by Newmarket, Ont., based Terradyne Armoured Vehicles Inc., against its own people.

She vowed to "respond accordingly" if that was the case, but wanted to ensure a through investigation so as to act on credible, trustworthy information.

According to a report in Montreal's Le Devoir last month, since opening the probe, a Global Affairs spokesman said Ottawa suspended all arms exports to the Saudi kingdom last summer.

That included a contract for armoured vehicles designed by General Dynamics Land Systems, which won a $15 billion contract in 2015 that the Liberal government honoured by issuing export permits a year later.

Freeland's office did not respond to a query about whether Thursday's finding meant the shipments have already resumed or would begin anew.

The government is being questioned about the issue of exporting arms to nations with spotty human rights records after another deal concluded between Bell Helicopter and the Philippines has raised concerns.

Freeland is expected to announce during testimony at the Standing Committee on Foreign Affairs and International Development later Thursday that the government is proposing two amendments to Bill C47 on export and import acts when it comes to licensing weapons.

The toughest of the measures is the legal requirement for the Canadian government to consider human rights, peace and security risks in any pre-export licensing assessment.

In the future, if the government finds there is a "substantial risk" the conditions could be violated, the law will require that export be refused.

The proposed amendments, approved Tuesday in cabinet, are not retroactive and won't apply to General Dynamics Land Systems, based in London, Ont.

On Wednesday, the government ordered a review of a 2012 deal between Bell Helicopter and the Philippine government after similar concerns surfaced.

The government is concerned about the use of the choppers by the government of President Rodrigo Duterte, who has been accused of extrajudicial executions in connection with a war on drug traffickers and terrorists.

The helicopters are manufactured in Mirabel, Que.

A senior member of the Philippine military said the aircraft would also be used in "internal security operations," prompting a review.

On Thursday, the Philippine defence said Thursday that the military would not use 16 helicopters being bought from Canada to attack insurgents, as had been feared by Canadian officials.

Defence Secretary Delfin Lorenzana said the Philippine government could buy elsewhere if Canada decides to scuttle the sale of the Bell helicopters, which he said would be used to ferry supplies and troops, including those wounded in combat, and to respond to disasters.

The office of International Trade Minister Francois-Philippe Champagne said those comments do not change the government's plan to order an assessment of the deal with Canadian Commercial Corp.