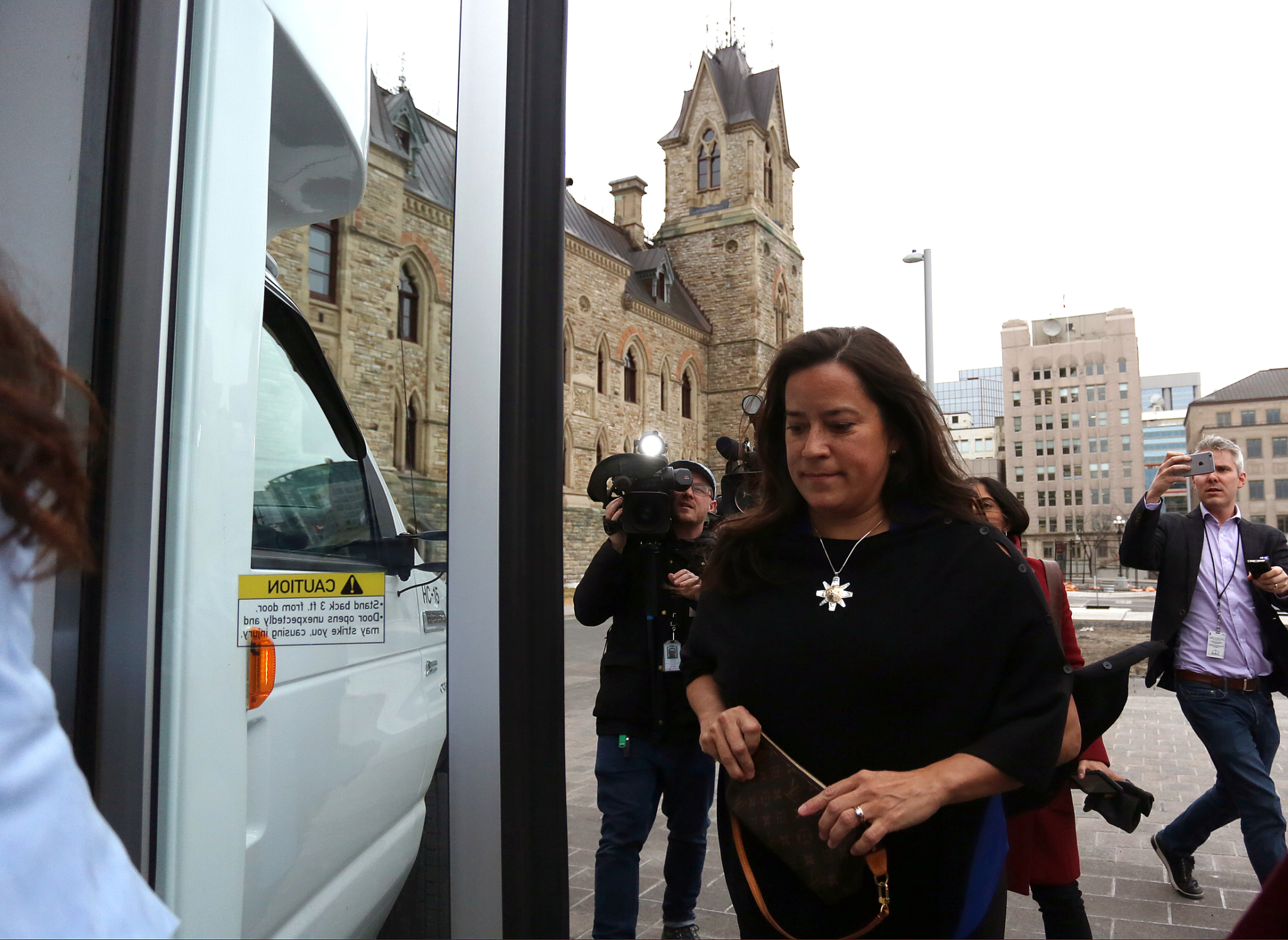 Former Attorney General Jody Wilson-Raybould leaves West Block after a meeting with the Prime minister prior to an emergency meeting of the Liberal caucus to announce her's and Jane Philpott's explosion from the party on April 4. Photo by Andrew Meade
Previous story
Next story

The Liberals now have a candidate in the British Columbia riding of Vancouver Granville, where their biggest rival will be someone they once called their own.

Taleeb Noormohamed, a 42-year-old tech entrepreneur, has been acclaimed as the Liberal vying to unseat Jody Wilson-Raybould, the former justice minister now seeking re-election as an Independent candidate.

Wilson-Raybould, who won the seat for the Liberals as a star candidate with about 44 per cent of the vote in 2015, rocked the Trudeau government earlier this year with allegations that she had been improperly pressured to end a criminal prosecution of SNC-Lavalin.

The controversy, which saw her resign from cabinet and ousted from the Liberal caucus, sent the party into a tailspin, from which its fortunes have not fully recovered.

Trudeau has maintained that no one did anything wrong in exploring a deferred prosecution agreement, as allowed by law, for the Montreal-based engineering firm.

Noormohamed says he wants to focus his campaign on local issues such as housing, transit and climate change, which he says he is hearing about a lot more than SNC-Lavalin.

"I think that most people are focused on the future," he says.

The New Democrats, who placed second with about 27 per cent of the vote in 2015, chose climate activist Yvonne Hanson as their candidate. Zach Segal, a former political staffer in Ottawa, is running for the Conservatives.

The Green candidate is Louise Boutin, a realtor, and Naomi Chocyk, a one-time constituency staffer to Wilson-Raybould, is running for the People's Party of Canada.

Noormohamed, who saw some of his campaign signs defaced when he ran unsuccessfully for the Liberals in North Vancouver in 2011, says he also wants to talk about the importance of guarding against racism.

"I think people here are very concerned that we make sure that we, all of us who are going to be engaging in the debate and the dialogue, do not turn our backs on the whole idea of pluralism and the incredible value that diversity brings to this country," said Noormohamed, whose parents immigrated from East Africa in the 1970s.

Jody Wilson Raybould's book on reconciliation to be released Sept. 20

If Ms. Wilson-Raybould actually wins as an independent she is going to have to align herself with some party or faction and even if she does, by parliamentary rules she will have so little standing she will almost never be able to represent her constituency through word, or committee work, or political influence. This is the a major disadvantage of being "independent" in a system that relies on numerical weight and the resultant control of money (as opposed to ethical weight) to shape our nation's future.

Sadly you are right. Let's

Sadly you are right. Let's hope that JWR,s constituants flip a collective bird to the old guard party opponents and and give her their support. With her ethics, hard work and intellengence she will represent them well. I look forward to seeing her in Ottawa.

Maybe so. But until some sort

Maybe so. But until some sort of proportional representation is introduced, this won't change! So Vancouver/Granville-ites NEED to send Yvonne Hanson to Ottawa, and only then will they be well represented!!

If that's so, then how did

If that's so, then how did Elizabeth May get so much done as the sole GPC representative?