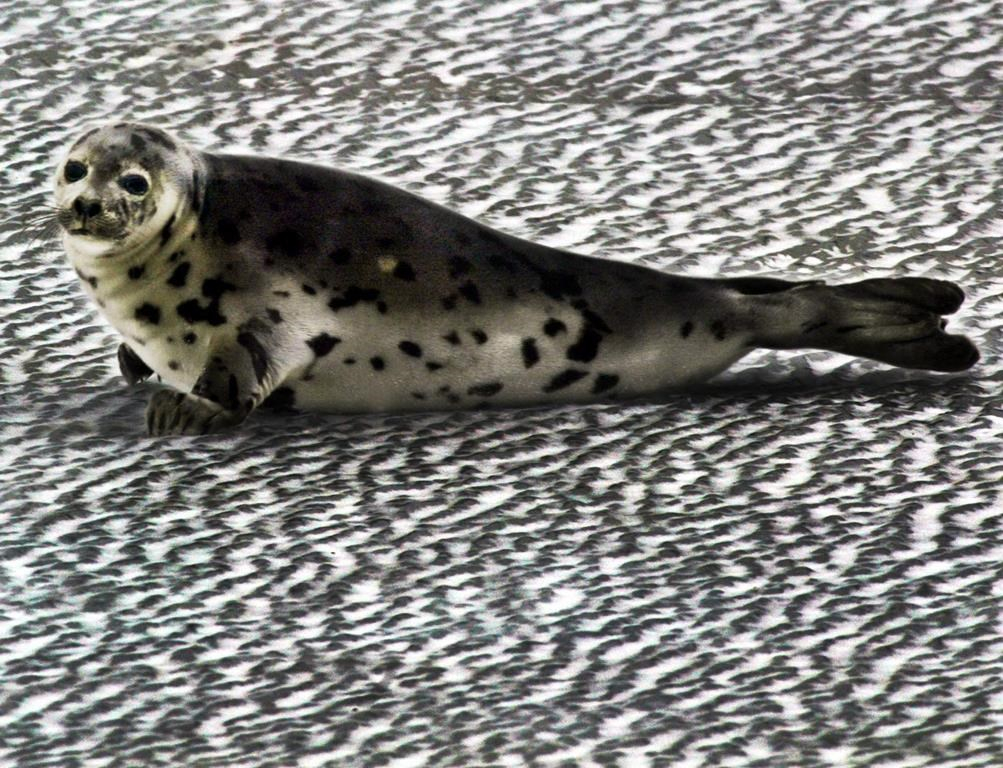 A female grey seal moves over thin ice near the shore in Canso, N.S. on Thursday, Jan. 20, 2005. File photo by The Canadian Press/Andrew Vaughan
Previous story
Next story

A new report identifies grey seals as the main cause of a decline in cod stocks in the southern Gulf of St. Lawrence that could drive the fish to extinction by mid-century.

The latest assessment, released this month, says the outlook for the stock in the southern gulf is grim.

"It think it's probably too late," Doug Swain, a research scientist with Fisheries and Oceans Canada, said in an interview Thursday.

"Natural mortality rates for adult cod should be about 18 per cent, but now they are estimated at 55 to 65 per cent. The stock can't sustain this, so it has continued to decline since about 2000."

The stock collapsed due to overfishing in the late 1980s and early 90s. While large-scale commercial cod fishing has been suspended in the area since 1993, up to 300 tonnes a year can be landed as bycatch by fishermen seeking other species.

However the actual bycatch has been just a fraction of that quota, and Swain said it has a negligible impact on the cod stocks.

"The problem isn't just that seal numbers are high, it's also that cod abundance is low," Swain said.

Hunting significantly reduced the grey seal population in the 1800s. In 1960 there were about 8,000 of the seals in Atlantic Canada, but since then the population has grown exponentially, and there are now estimated to be over 400,000.

The report says a large reduction in the number of grey seals would be needed to halt the decline in the cod stocks, but Swain doubts there will be a cull, saying the number of seals that would have to be eliminated would be impractically high.

Mark Small, a retired sealer in Wild Cove, N.L., says there should have been a cull years ago, but governments backed off in response to opposition from animal rights groups.

"There's no doubt in my mind that there should be a cull on the grey seals. We're seeing the same thing on the northeast coast of Newfoundland and Labrador with the harp seals. They are getting completely out of control," Small said Thursday.

He said fishermen are worried that the cod will be completely wiped out.

The report warns such a cull on seals could have indirect negative effects on the cod. It says a reduction in the seal population could result in an increase of other predators of cod that are also eaten by the seals.

Fisheries Ministries and fisheries operators have always blamed seals for depredations on fish stocks. They may be partially right. The underlying problem is that humans have radically upset the natural balance of predators and prey in our oceans, such that top predators are starving because human fishing and climate disruption have decimated forage fish stocks as well as altering the age old patterns of fish movements. Humans are the culprits but seals are the scapegoats. The disappearance of their main food sources will inevitably and drastically reduce seal survival as well, and may also reduce human survival.