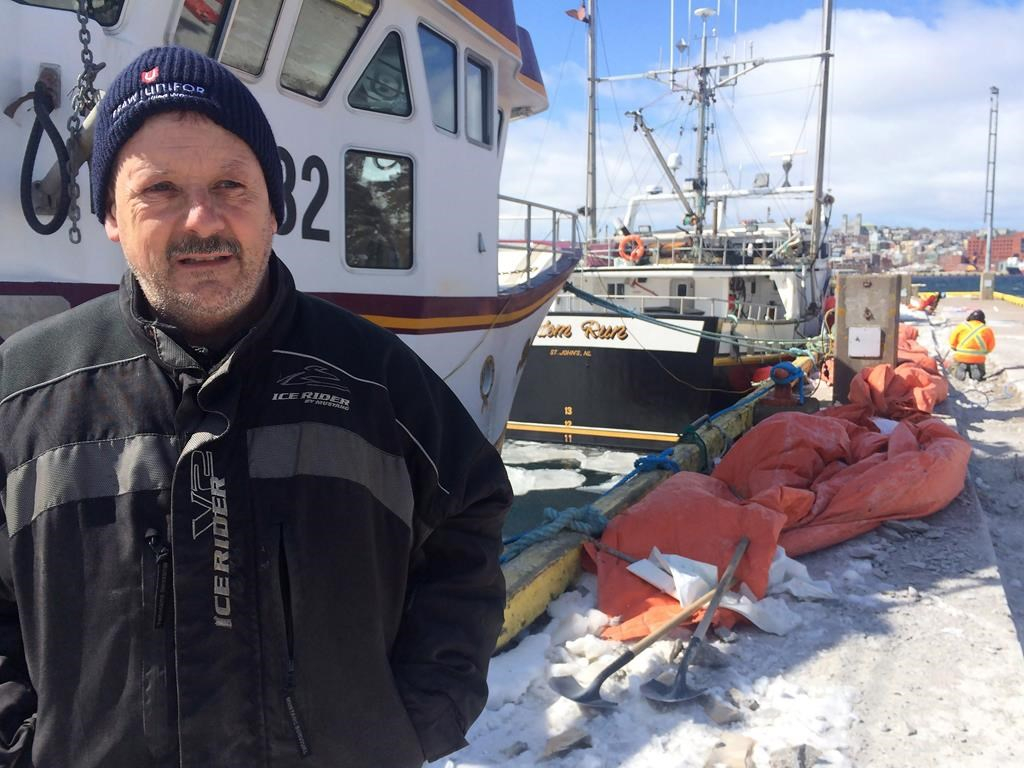 Fisherman Glen Winslow is shown in front of his vessel the Roberts Sisters ll in St.John's, N.L. He says a federal update on Monday, March 27, 2017 on rebounding northern cod stocks is good news. Photo by The Canadian Press
Previous story
Next story

Almost 25 years after a sweeping commercial fishing ban that devastated Newfoundland, northern cod are making something of a comeback — sparking calls that the fishery be expanded again.

A federal report Monday said cod stocks off eastern Newfoundland and Labrador continue to grow, but are still in the "critical zone." It warns that catches should be kept to the lowest possible levels for now as a precaution.

The union representing fishermen and plant workers, however, wants to immediately expand the relatively small commercial cod fishery, saying it would not stunt the growth.

"Those aren't modest numbers," David Decker, secretary-treasurer of the Fish, Food and Allied Workers-Unifor union, said of recovery rates over the last decade. "Those are very phenomenal numbers."

Karen Dwyer, a biologist with the Department of Fisheries and Oceans, said Monday any optimism must be tempered with patience as an unpredictable recovery unfolds.

It will be three years before there is any news of when the ban on large-scale commercial cod fishing may be lifted, she said.

"I appreciate how harvesters are waiting with bated breath for this information," she said.

"The precautionary approach is what sets our advice. And our advice is that, because the stock still remains in that (critical) zone, fishing should be kept at the lowest possible levels."

The report found that while total biomass was up seven per cent from 2015 to 2016, stocks are still well below what would be needed to sustain larger-scale fishing.

The moratorium was initially to last two years but stocks have been slow to rebound. A fishery that had sustained the island and its far-flung outports for more than 400 years had collapsed due to a combination of blamed factors including mismanagement, overfishing and climate change.

Dwyer said a spawning biomass of about 900,000 tonnes would support a more extensive commercial fishery, raising levels from the "critical" to the "cautious" zone.

But Decker, whose union represents harvesters and fish plant workers, said it's time to lay the foundation for a renewed ground fishery.

Many harvesters have focused over the last 25 years on now-declining shrimp and crab stocks. The provincial industry is not ready to capitalize if northern cod recover, Decker told reporters Monday.

"It's very clear from DFO science that our ... small-scale (cod) fishery is having no impact on the rebuilding of the stock," he said.

Last year's commercial cod landings of about 10,000 tonnes were up from 4,400 tonnes in 2015. Decker wants to see those numbers substantially raised as more effort goes into creating cod markets and plant space to handle an expanded fishery.

"We can't wait three or four years, five or six years, until we've got a rebuilt stock because then we will have a fishery with no value to the communities," he said.

A recent report by the Commons standing committee on fisheries and oceans urged yearly studies of the population of northern cod along with capelin, a key food source for several species.

It also pushed for the hiring of more scientists to track cod numbers and says the Fisheries department should limit the seal population which preys on both cod and capelin.

By The Canadian Press | News, Politics | August 2nd 2016
Race to a Safer World