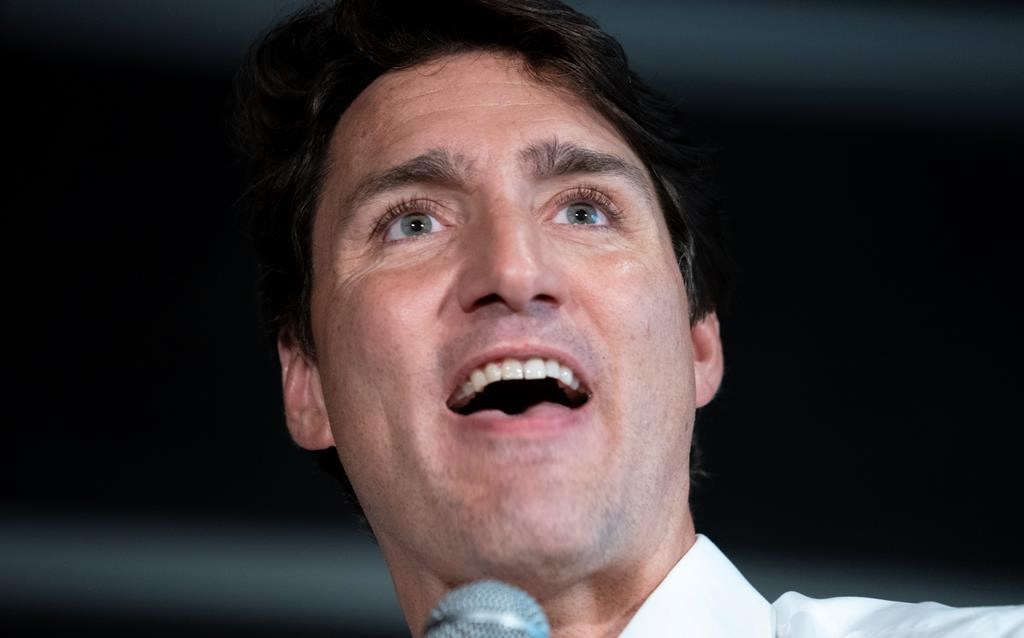 The federal Liberals have decided on a slogan they hope will resonate with voters and best represent their political brand as they roll out their campaign for the October election.

A release from the party says "Choose Forward" is the official campaign theme that will be stamped on a series of national ads featuring Prime Minister Justin Trudeau.

The party says the ads, which begin airing on television this week, will be part of "a comprehensive and digitally-integrated campaign that also includes featured stories from Canadians."

One shows a smiling Trudeau engaging with constituents in his working class Montreal riding of Papineau and delivering his campaign message while riding a transit bus.

He talks about things he says the Liberals have done to help average Canadians, such as cutting taxes for the middle class, creating the Canada Child Benefit and their climate change plan — and he fires a broadside at Andrew Sheer's Conservatives, whom he accuses of trying to block such initiatives.

"The Conservatives like to say they're for the people but then they cut taxes for the wealthy and cut services for everybody else," Trudeau says.

That's become the main theme of the Liberal camp, and it's a refrain Canadians will no doubt hear repeated countless times during the coming campaign.

The ad concludes with the prime minister facing the camera and saying that "in October we've got a choice to make — keep moving forward and build on the progress we've made, or go back to the politics of the Harper years. I'm for moving forward for everyone."

Canadians are expected to head to the polls on Oct. 21.

Refugees in 2015, Syrians now citizens in time for 2019 federal election