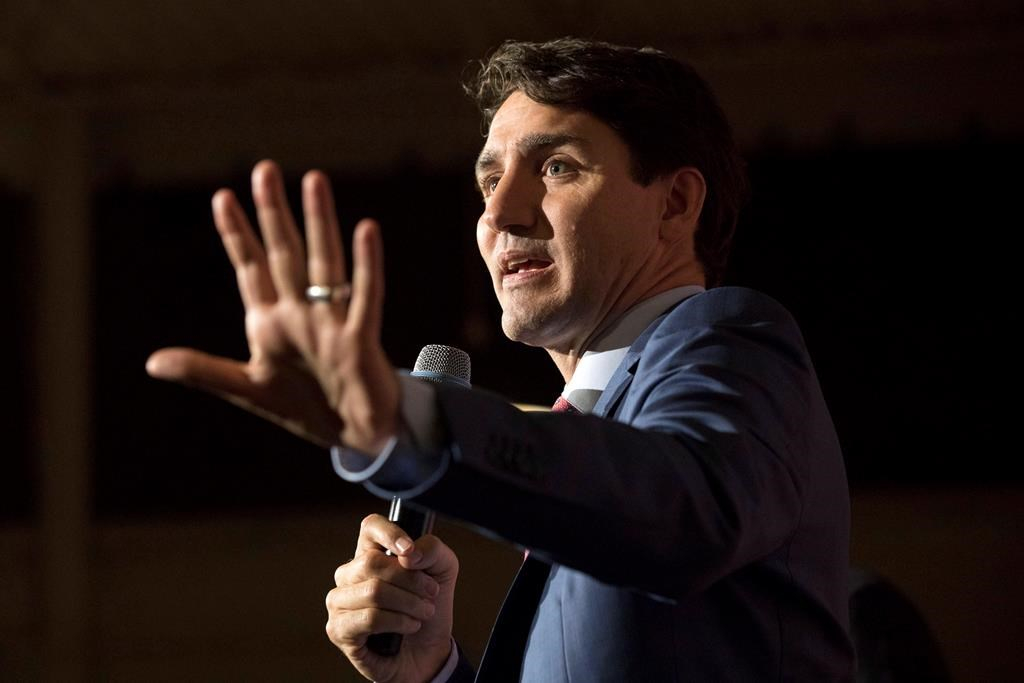 Next year's federal election campaign will likely be the nastiest one yet, Prime Minister Justin Trudeau said on Tuesday.

Speaking at a Liberal fundraiser in northwestern Toronto, Trudeau was adamant his Liberal party won't indulge in the expected mudslinging, saying positivity is the only way to go.

"We are now looking at perhaps what will be the most divisive and negative and nasty political campaign in Canada's history," Trudeau said.

"I can tell you, we will do the same thing we did in 2015: No personal attacks, strong differentiation on issues of policy. I will not engage in personal attacks and none of our team will either."

The lesson he said he took from the 2015 election in which his party went from third place to oust the Conservatives under Stephen Harper is that bringing people together is what matters.

His campaign then, he said, proved that it's better to treat voters as rational and intelligent citizens and not just blind consumers of the politics of fear.

"We proved that the politics of negativity and attack don't work."

Having just reached a new trilateral North American trade agreement with the United States and Mexico, Trudeau reached back to the previous European trade deal Harper reached in 2015.

Trudeau said he deliberately got to his feet in the House of Commons to congratulate Harper.

"This idea of automatically hating something just because of who did it is a weak point in politics," Trudeau said. "The fact that we do need to recognize when good things happen is part of what Canadians expect and what Canadians want."

Next year's election is expected to pit Trudeau against the Conservatives under Harper's successor, Andrew Scheer.

For his part, Scheer said his party plans on focusing on policy in the upcoming election.

Scheer also accused Trudeau of hypocrisy, noting that prominent Liberals such as Bill Morneau and Ahmed Hussen have called two Conservatives a Neanderthal and "not Canadian" respectively.

"It's this Liberal government that's been engaged in some of the most divisive politics in recent years."

But Trudeau made it clear that he sees the pending contest through much the same sunny-ways lens that proved so successful in the last one. It is, he said, the only way to go, saying negative campaigning is bound to backfire.

It's too easy, he said, to play up the politics of nationalism and populism, but the world needs something different, something Canada can offer.

It's all too easy to scare or anger people into voting a particular way but not useful, he said.

"One you've gone and divided and angered people in order to get elected it becomes very difficult afterward to pull them together in a way that actually allows us to solve the challenges that we need to solve," he said.

"To run on division and fear and easy populism actually makes it harder to do the good things that must be the central purpose of why we run for office."

Trudeau bragged about reaching the new United States-Mexico-Canada trade deal and the performance of the Canadian economy under his watch. He also defended the country as one of immigrants and said that won't change under the Liberals.

—with files from Nicole Thompson

.
"It's this Liberal government that's been engaged in some of the most divisive politics in recent years."
October 2019 - anyone but Trudeau. Divisive politics should have no place in Canada.

This all means he will lie in

By The Canadian Press in News, Politics | September 17th 2018