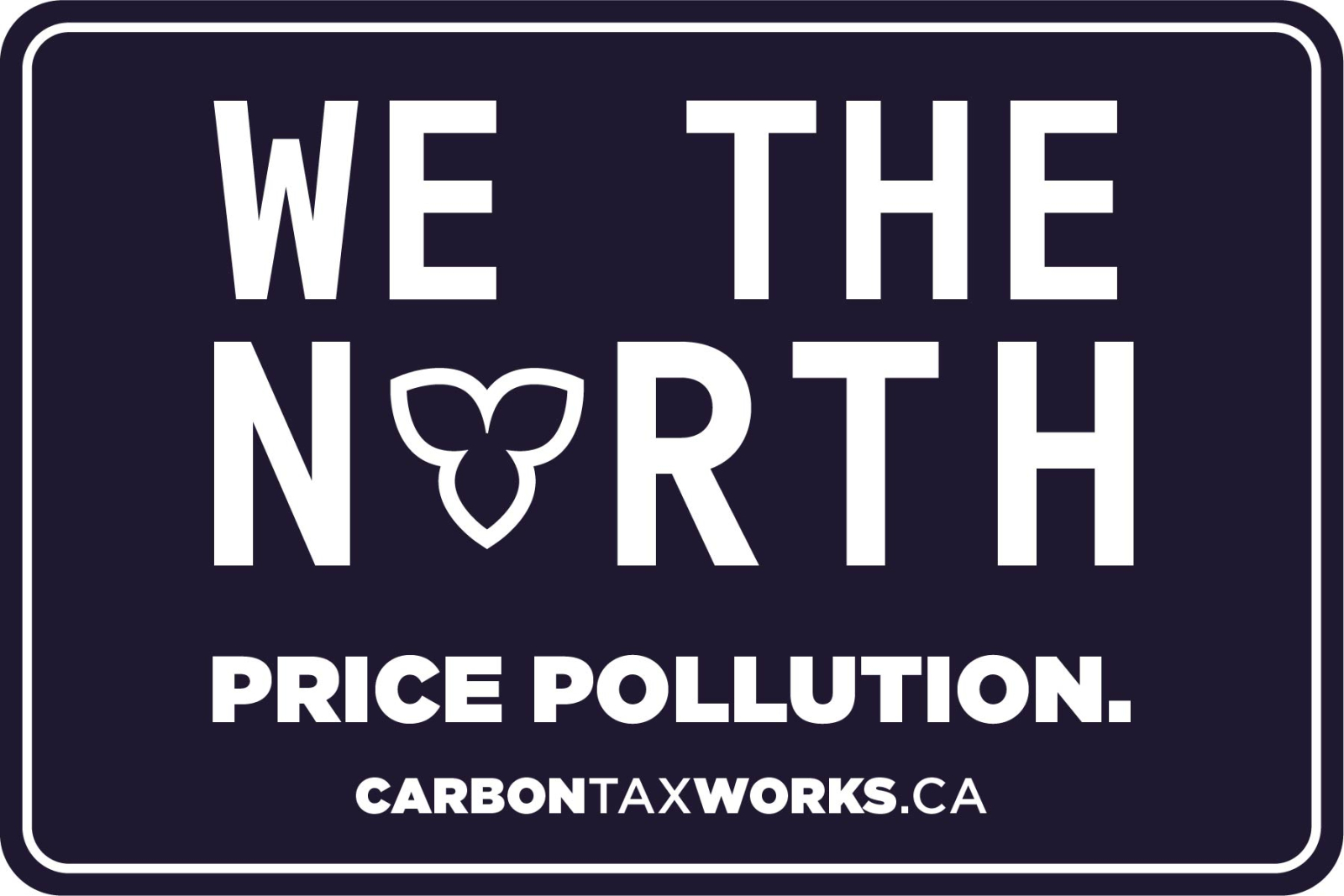 One of the graphics made by CarbonTaxWorks, a grassroots group of environmental activists from across the political spectrum. Courtesy CarbonTaxWorks
Previous story

An Ontario grassroots group is giving away free pro-carbon-tax stickers to counter the anti-carbon-tax ones made mandatory for gas stations by the Doug Ford government.

The Ford government has given gas stations until Friday to put up anti-carbon-tax stickers that say “the federal carbon tax will cost you,” or else they risk getting fined up to $10,000 per day.

The organizers behind the non-partisan volunteer group CarbonTaxWorks say the information on the Ford government’s stickers is incomplete. They don’t mention that rebates will ensure most Ontarians get back more than they pay or the growing global consensus that carbon taxes are the best way to combat climate change.

CarbonTaxWorks launched Wednesday with a portal that lets users order free stickers and learn about the effectiveness of putting a price on carbon. The website also shows that British Columbia, California and several European nations have reduced emissions while maintaining strong economies under carbon-pricing plans.

The federal government enacted a price on carbon in April, but the Conservative governments in Ontario, Alberta, Manitoba, Saskatchewan and New Brunswick are fighting the move in a series of court challenges, none of which have been successful so far.

In a statement, the office of Energy Minister Greg Rickford maintained that the federal price on carbon isn’t constitutional, contradicting rulings by judges in Manitoba and Ontario. The statement pointed to this week’s news that federal Environment Minister Catherine McKenna has backed off a promise to freeze the government’s carbon tax after it reaches $50 per tonne in 2022 (about 11 cents on every litre of gas).

“Since the carbon tax came into effect on April 1, 2019, we have seen the very real cost burden on the people of Ontario,” reads the statement.

“Increased gasoline and natural gas prices mean that it is now more expensive to fuel our cars and heat our homes, with the carbon tax costing a typical Ontario household an extra $648 a year by 2022. Now, the federal government is suggesting it could cost Ontarians even more.”

The Doug Ford governments mandatory anti-carbon tax stickers go up on Ontario gas pumps Friday. A grassroots campaign is fighting back with stickers of their own. #onpoli #cdnpoli

The statement ignores the fact that the average Ontario household will also receive a rebate greater than the price paid for the carbon tax. The rebate would increase every year, reaching about $718 by 2022.

The CarbonTaxWorks stickers have a simple message: “Tax carbon. Get Refund. Save planet. Repeat.” The site also includes printable graphics with slogans like “We the North. Price Pollution” and “Keep calm and spend your carbon refund.” Another advises not to mess “with my kid’s future,” using an expletive.

“It’s important that everyone understands the issues and the opportunities,” Thomason said.

The site was organized by a loose network of environmentalists from all political backgrounds, Thomason said. He said that, while he’s aware people now view putting a price on carbon as a partisan issue, there’s support for the policy on all sides: influential conservative Preston Manning has endorsed the idea, as have more than 3,500 prominent U.S. economists, a figure that includes 27 Nobel laureates. And until the 2018 leadership race, when Ford took the reins of the Ontario Progressive Conservative Party, all three of the province’s major political parties supported a carbon tax.

“Having a survivable planet doesn’t need to be a partisan issue,” Thomason said. “If we’re going to take real, meaningful action on climate change, the consensus is that this is the best way to it.”

Though climate change is a top priority for voters ahead of this fall’s federal election, Canadians are also sharply divided along partisan lines about whether it’s real and human-caused, found a report released Wednesday by the Digital Democracy Project. The report also found that giving citizens the correct information about climate change doesn’t necessarily change their opinions, specifically looking at support for a carbon tax.

But Thomason said people across Canada are worried about the climate crisis, and the fires, floods and other fallout of rising global temperatures that they’re watching play out across the world. He said he hopes people will use CarbonTaxWork’s stickers and graphics to start a conversation about carbon tax and how we can work together to reduce carbon emissions.

"We’ve got to change our ways," he said.

Some gas station owners have spoken out in favour of the Ford government's stickers, but CarbonTaxWorks isn’t the only group opposing them. The Canadian Independent Petroleum Marketers Association, which represents about half of the country’s gas station owners, proposed an alternative sticker that would explain every component of gas prices to buyers, including the relatively small slice from the carbon tax. The group has said the Ford government’s approach is “a bit partisan.”

The Canadian Civil Liberties Association (CCLA) , meanwhile, is planning to mount a legal challenge. Forcing businesses to push out political messaging is a violation of free speech protections outlined in the Canadian Charter of Rights and Freedoms, said Cara Zwibel, director of the CCLA’s fundamental freedoms program.

“The stickers aren’t a price-transparency measure as the government has claimed,” Zwibel said. “They’re quite clearly partisan and political.

“‘The plan is to go ahead with a legal challenge and to argue basically that the government is entitled to convey whatever message it wants ... But it cannot or should not use the law and the threat of serious fines to force private companies to convey that message for them.”

Last week, the Ford government said that fines for gas stations that don’t comply with the stickers will be less than $500 per day, far below the $10,000 maximum written into the law. The Toronto Star also reported that senior government officials said disobedient gas stations would receive only written warnings.

"We are using every tool to ensure Ontarians are educated about the costs associated with this tax on everything," reads the statement from Rickford's office.

Zwibel said that however the law is enforced, its existence is still a free speech issue: “As far as gas retailers go, they have to be governed by laws, rather than what’s been reported somewhat inconsistently from the premier’s office.”

The CCLA expects to file the legal challenge early next week, Zwibel said.

doug the destroyer is doing a

doug the destroyer is doing a fabulous job deploying the "obstruct and confuse any movement away from oil" that he was put in place to do by the Bay St big banks up to their necks in funding tar sands. Ditto KKKenny and the jabbering ex oil ex premier in N B and the mouthpieces on the prairies. Fiddling while the planet burns would be so much less harmful than what we're going through in this third world oil captured banana republic we don't even know we are in