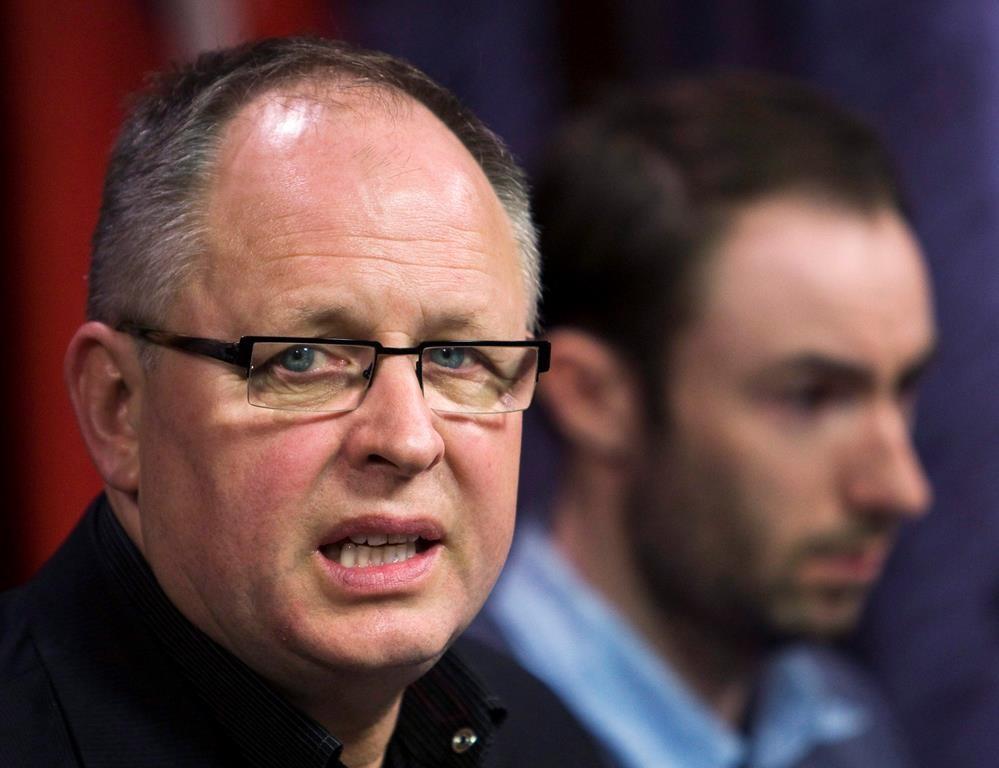 President of CUPE Local 3903 Sid Ryan speaks to the media regarding the on going York University strike as CUPE Spokesman Tyler Shipley, right, looks on at a press confrence in Toronto on Jan. 27, 2009. File photo by The Canadian Press/Nathan Denette
Previous story
Next story

Longtime labour leader Sid Ryan has dropped out of the NDP nomination race in Oshawa, Ont., because he says the party didn't approve his candidacy in time to have a fair fight.

In a long post on Facebook, the former president of the Ontario Federation of Labour wrote "the entire process is a shambles" and complained NDP headquarters has "failed miserably to deliver on the basic principles of openness, fairness and democracy."

Ryan wrote that he submitted his background materials for the party to examine in plenty of time, but hadn't heard whether the party considers him an acceptable candidate for a nomination vote scheduled for Sept. 6.

"This delay has significantly disadvantaged my ability to run an effective campaign — as I am not allowed to have access to the membership list without first being vetted," he wrote, alleging that NDP leadership wants to rig the nomination in favour of another candidate.

"The process is the same for everyone. Mr. Ryan submitted his paperwork on Aug. 15, 10 business days ago," responded Melissa Bruno, the NDP's national director, in a statement.

Ryan was the president of the Canadian Union of Public Employees' Ontario branch for more than 15 years, known for his fiery speeches and opposition to privatized public services. He once broke with the Ontario NDP when Bob Rae was premier over his belief the party had moved too far to the right as it tried to control a massive provincial deficit.

He's run for the New Democrats five times, in provincial and federal elections, coming a close second several times. Oshawa has gone for the federal Conservatives since 2004, but it was once the fief of NDP leader Ed Broadbent and the New Democrats hold it provincially.

On Facebook, Ryan said he'd reconsider withdrawing if the party assures a "fair process" where all candidates can campaign on level ground.