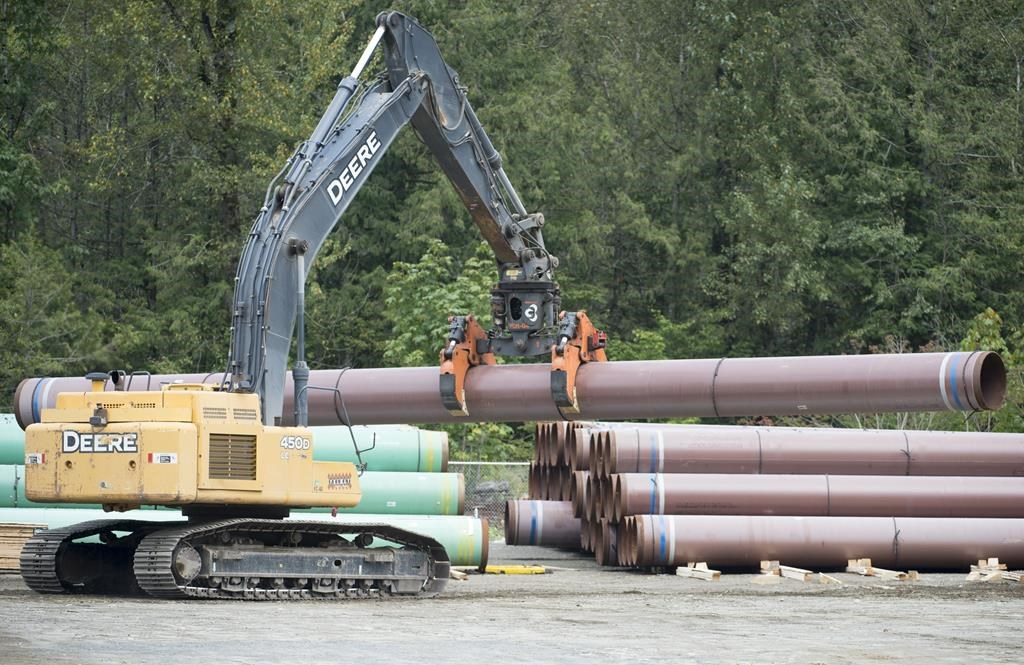 Pipeline pipes are seen at a Trans Mountain facility near Hope, B.C., on August 22, 2019. File photo by The Canadian Press/Jonathan Hayward
Previous story
Next story

The court said six of 12 proposed challenges had been granted permission to proceed. The court grants permission after determining if the challenges can meet a test.

The challenges are related to whether the government's renewed consultations with Indigenous peoples and First Nations were again adequate, after it was dealt a blow by the court last year that halted production.

"The court has ordered that the challenges proceed on an expedited basis. Short and strict deadlines for the steps in the litigation will be set," it said in a statement.

Last year the Federal Court of Appeal tore up the original approval, citing both an insufficient environment review and inadequate consultations with Indigenous communities.

The Liberals say they fixed both problems and approved the Trans Mountain Pipeline expansion project for the second time in June.

The pipeline would triple the capacity of an existing pipeline from the oilpatch in Alberta to the British Columbia coast. Environmental groups and First Nations sought leave to appeal.

Environment groups still say there are not adequate protections for endangered marine species that will be affected by tanker traffic picking up oil from a terminal in suburban Vancouver.

Several First Nations say the federal government came into the most recent discussions having predetermined the outcome.

The federal government bought the existing pipeline and the unfinished expansion work for $4.5 billion last year, promising to get it built despite the political opposition that had scared Kinder Morgan Canada off proceeding.

The move disappointed environmentalists, who say the global climate can't handle more emissions from Alberta's oilsands and the eventual burning of the petroleum they produce. The Liberals say they'll use any profits from the project to fund Canada's transition to a cleaner-energy economy.