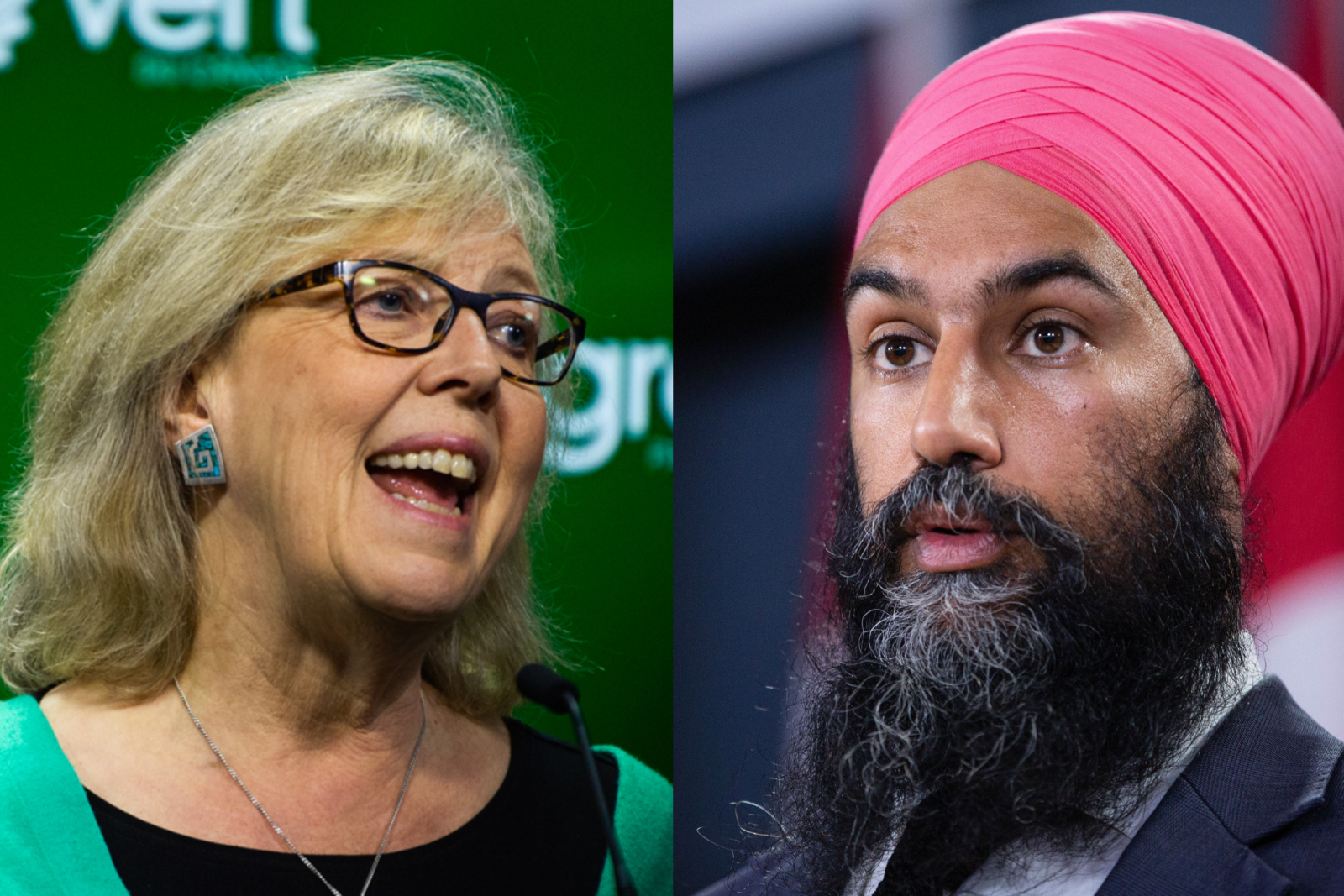 The NDP and Green Party exchanged accusations of lies and dirty backroom politics Thursday, shrouding claims about an exodus from the New Brunswick New Democrats in a fog of confusion.

On Tuesday, media outlets reported that 14 former provincial NDP candidates and one member of the federal party’s executive team had penned a letter saying they had defected to the Green Party. But on Thursday the NDP accused the Greens of “misinformation,” as five of the candidates claimed they hadn't consented to being named as defectors and never stopped supporting the NDP.

The Greens, in turn, accused the NDP of “pressuring” candidates into going back on their defections, even as it conceded that it hadn’t checked with each person on the list before going public with the original news.

“This is vicious old-style politics that the Green Party will not stand for,” said Marco Morency, the executive director of the New Brunswick Green Party, who helped co-ordinate the defection. “This shows that we are on the rise … we are a target.”

NDP media director Melanie Richer fired back: “We will take no lessons from the party who falsely reported that they had recruited members — when in fact they added people's names to a list without their consent. They misled people and the media. We think that's wrong.”

Of the 14, seven former candidates have defected, the Greens said.

In an email Thursday afternoon, an NDP spokesperson told National Observer that the Greens improperly named “at least six” of the candidates. The NDP didn't identify the sixth, saying: “Five have sent us supporting statements, others have shared their support, but are still at work.”

The seven candidates claimed by the Greens, the five who released statements supporting the NDP and the sixth claimed by the NDP add up to only 13 overall, meaning one person from the list is unaccounted for.

“(The seven candidates who defected and Richardson) also report that following their announcement on Tuesday, the NDP called them and strongly urged them to renege and deny that they ever planned to join the Green Party,” the federal Green Party said in a statement Thursday night.

“It should be noted that most of the group have rejected these strong-arm tactics and will continue to support the Greens.”

Why did the Greens falsely claim that 14 former provincial NDP candidates in New Brunswick had defected? They hadn't fact-checked it. #cdnpoli #elxn43 #elxn2019

The NDP provided statements from five who said they hadn’t consented to being on the list and weren’t defecting. The party said it was still contacting more people, and “others have shared their support, but are still at work.”

The NDP also said it had indeed called the people on the list, but that it did so “to see if they knew they had signed on to this letter of support and asked if they had issues with the party.”

Jennifer McKenzie former NB NDP leader says Richardson orchestrated green defection after his mother failed the NDP vetting process.
He claimed it was because voters were racist.
They padded the list so @ElizabethMay could make a big splash.
So grotty.https://t.co/e9ciLojpk0

‘It all happened really fast’

The story started Tuesday after a group released a statement and held a press conference, calling for New Brunswick residents to vote for the Greens in the upcoming federal election, which is due to begin any day now. Richardson, who said he spoke for the group, also criticized the federal NDP and leader Jagmeet Singh for an alleged lack of focus on Atlantic Canada.

But not all the people whose names were on the list attended the press conference. In a phone interview Thursday, Morency told National Observer he reached out to all of them beforehand but only five showed up to meet with him, talk over their decision and sign Green Party membership forms. He didn’t talk to the others before co-ordinating with the federal Greens, or before the news was made public.

“Looking back, of course, it's easy to say that I should have called all of them,” Morency said. “But it all happened really fast.”

Speaking to reporters, Jonathan Richardson said people in New Brunswick were reluctant to support Singh because of his race ⁠(the leader is a practicing Sikh and wears a turban). Singh accused federal Green Party Leader Elizabeth May of accepting racism by taking in the defectors.

May, meanwhile, said Richardson’s comments were taken out of context, and she won’t accept any kind of hate in the Green Party. The following Thursday night, she said in a statement that Singh hasn’t been present in New Brunswick and it’s “no wonder” voters are “disillusioned" with the NDP.

“Indeed, it may be a horrible reality that some people will not vote NDP because they are racist,” the statement said, adding that May has been to the province three times since Singh became the leader of his party.

“I condemn these attitudes. But it is quite wrong to attack anyone who is disillusioned with the NDP by saying that the only reason they are disillusioned is because they are racist.”

Rumours that news reports regarding the defection were inaccurate started circulating online early Thursday morning. Just after midnight, someone tweeted a screenshot parts of an internal email from NDP headquarters, claiming that some New Brunswick NDP candidates’ names had been listed without their consent. (The NDP later verified to National Observer that the email was authentic.)

So, Jonathan Richardson claimed that 14 former New Brunswick NDP candidates were defecting to the Green Party but several of these 14 have stated they DID NOT join the Greens and that Richardson lied.@ElizabethMay and the @CanadianGreens are complicit in this lie, it seems. pic.twitter.com/PY6ys6DDGl

Then, later Thursday morning, Singh put the accusation on the record, condemning the Green Party for spreading “misinformation.” That set off a series of slings and arrows, each party contesting the other’s version of events.

Morency said one individual who had since said they were not actually defecting ⁠— he wouldn’t provide a name or give any other details ⁠— had already been in talks with the federal Green Party within the past few weeks about running for them in the federal election.

“I want to extend my sympathy to the individuals caught in the middle,” Morency said. “It's a well-played game by the federal NDP.”

Morency also noted that one person, Duguay, reached out to him to say his name never should have been on the list. In an interview with Radio-Canada, Duguay said he was asked to put his name on the list, and considered it, but ultimately said no.

Landry, Hailey Duffy, Madison Duffy and Weir released a joint statement through the NDP. Duguay also released one through the party.

"We are disappointed that our names were added to this letter without our consent,” the statement from Landry, Hailey and Madison Duffy and Weir reads

“We were proud to represent the New Brunswick NDP in the last election as candidates, and continue to be proud to support the NB NDP ⁠— both provincially and federally. We were shocked that news report stated otherwise. And shocked at statements that the people of New Brunswick would have a hard time voting for Jagmeet for who he is.”

Race a factor in NDP's poor outlook in N.B. ahead of election: ex-party executive