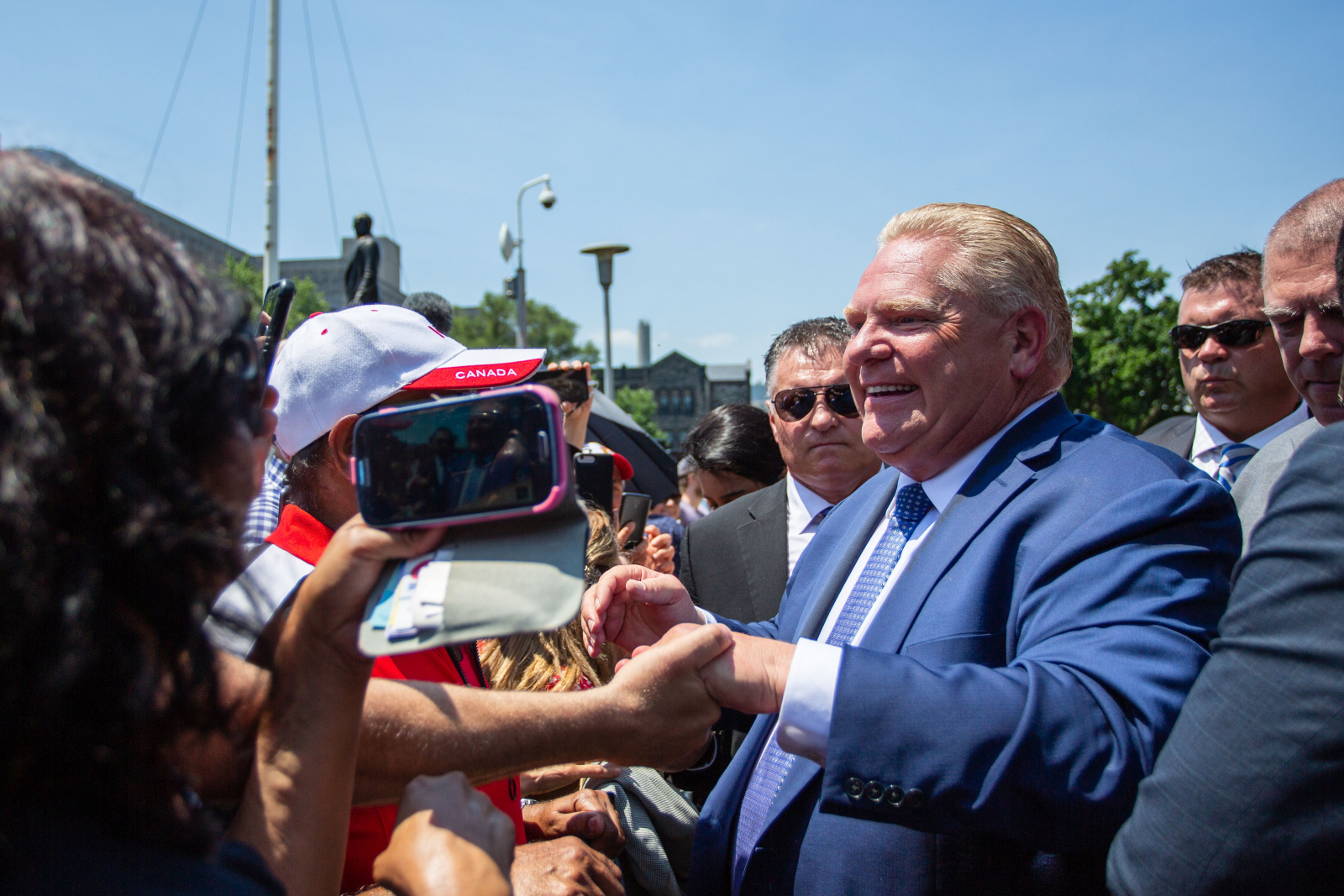 Gas stations refusing to put mandatory anti-carbon-price stickers on their pumps will face daily fines of $150, a penalty that is at the lower end of the range established by a controversial law Ontario's Progressive Conservatives passed earlier this year.

The act requires all gas station owners display the blue stickers, which show that the federal carbon tax adds 4.4 cents per litre to the price of gas now, rising to 11 cents a litre in 2022.

Under the act, individuals who refuse to do so face daily fines of up to $500, while the penalty for corporations that repeatedly break the rule could be up to $10,000 a day. It also allows government inspectors to check if gas stations are properly displaying the stickers.

"The fine that the chief justice set is within the statutory amount set out in ... the Federal Carbon Tax Transparency Act," a spokeswoman for Maisonneuve said in a statement.

In Ontario, the chief justice sets fines for provincial offences, not politicians as is the case in other provinces.

A spokeswoman for Energy Minister Greg Rickford said the government welcomed the "reasonable fines" set by the chief justice.

"As we have always said, our government is focused on progressive enforcement," Sydney Stonier said in a statement. "The point is to educate the public, not to create a burden for hardworking small business owners."

Green party Leader Mike Schreiner said the lower fines will come as a relief to small business owners, but argued there should be no fines at all.

"These stickers are an abuse of power, and enforcing this law is a waste of time and money," Schreiner said in a statement. "This ongoing debacle over stickers just reminds people that the premier (Doug Ford) is completely out of touch with the millions of Ontarians who expect leadership on climate change."

NDP ethics and accountability critic Taras Natyshak said that even a daily $150 fine is too high.

"It's not about the amount, it's about the rationale around this in the first place," he said. "It should never be the role of the provincial government to promote their own propaganda through private businesses and penalize them if they don't go along."

Premier Doug Ford has defended the stickers, saying they are part of an effort to educate people about the costs of the federal Liberals' carbon tax.

Earlier this week, the Canadian Civil Liberties Association launched a legal challenge of the stickers alleging the law violates free speech provisions of the Constitution.

I would prefer a rule that

I would prefer a rule that requires a breakdown of all elements of the price of gas. Taxes are mostly fixed in nature. That is a defined amount just litre everything except sales tax, or a fixed percentage of the sale price (sales tax). These are transparent. What isn't transparent are markups, crude oil portion, refining, distribution, profit, advertising etc.

Want to fight carbon tax misinformation? There's a free sticker for that