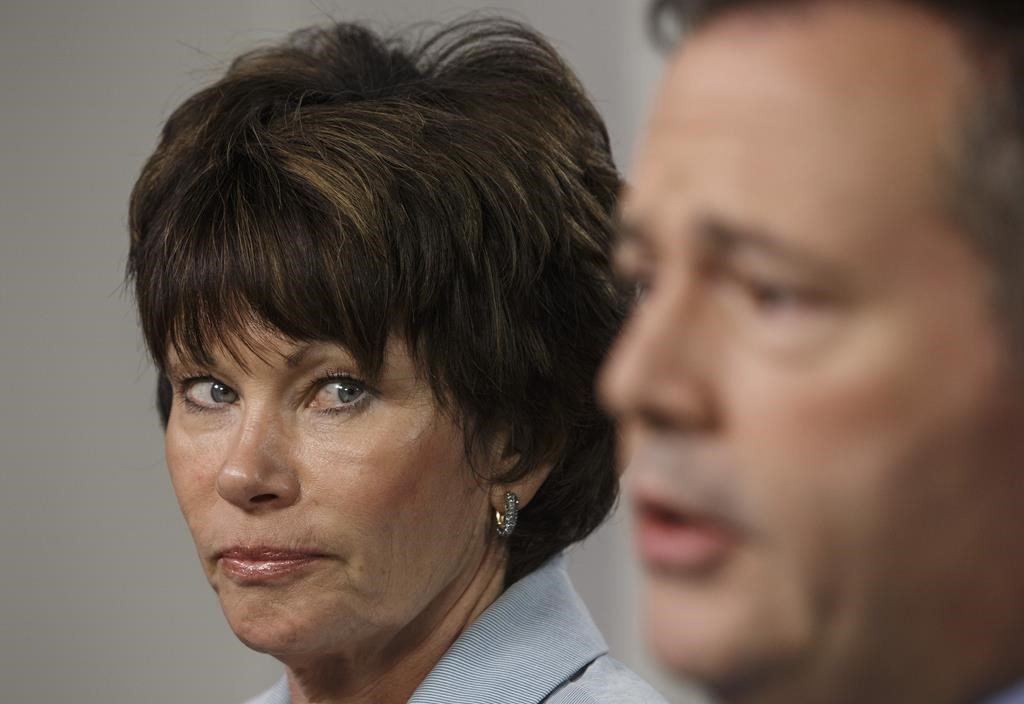 Minister of Energy Sonya Savage looks to Alberta Premier Jason Kenney during a press conference in Edmonton on Wednesday, May 1, 2019. File photo by The Canadian Press/Jason Franson
Previous story

The Alberta government has announced a review of the province's energy regulator.

She says its current board of directors is also being replaced with interim members.

The moves were a campaign promise Premier Jason Kenney made before his United Conservatives were elected in April.

Kenney had said one of his first tasks would be replacing the board, especially member Ed Whittingham, who Kenney accused of committing "economic sabotage" against Alberta's oil interests.

Whittingham, a former executive direction of the Pembina Institute, an Alberta-based think tank that promotes economically responsible energy development, resigned before he could be fired.

Savage told a news conference that the interim board will serve for nine months. Members include two deputy ministers and former leaders with Cenovus Energy, Encana and the National Energy Board.

"Alberta is competing for capital in investments in other jurisdictions. And frankly we've heard that our regulatory framework is not competitive."

It takes four times longer to get a project approved in Alberta compared to Texas and twice as long compared to those in Saskatchewan, she added.

She said Albertans can provide online feedback about the regulator until Oct. 14. The government is also planning to hold stakeholder workshops with industry, government and Indigenous groups.

A final report is to be released when the review is complete.