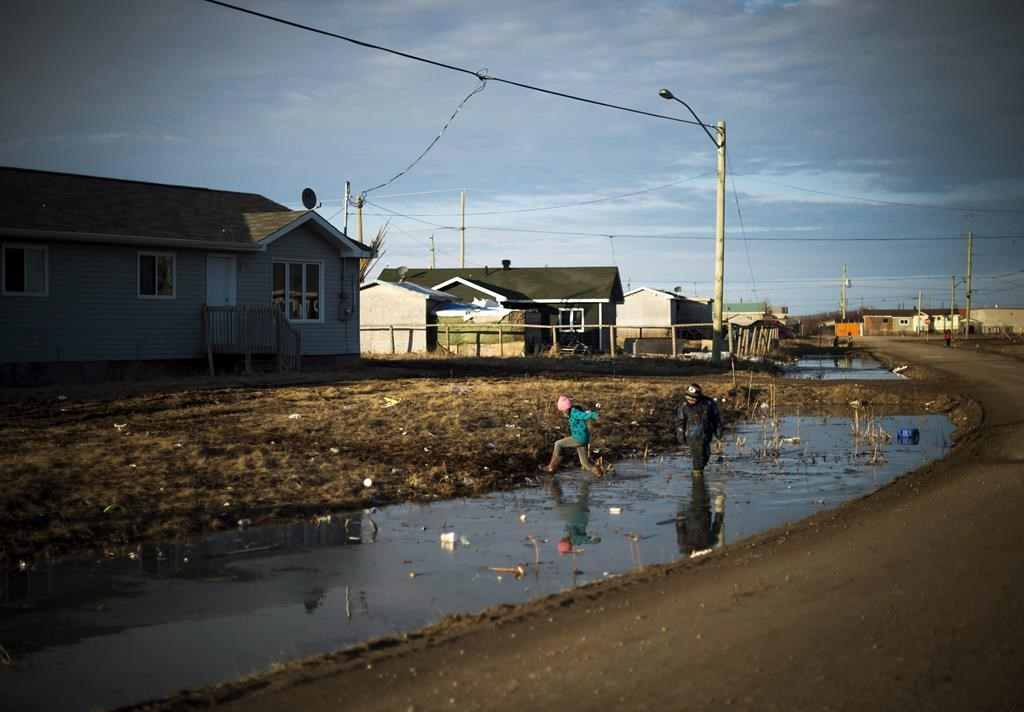 The tribunal ruled the federal government had been "wilful and reckless" in discriminating against First Nations children living on reserves by chronically and knowingly underfunding child-welfare services.

It ordered the federal government to pay $40,000 for every First Nations child who was inappropriately taken away from his or her parents after 2006. The same amount is to be paid to each of their parents. Children who were abused in foster care and those who had basic services, like medical care, denied to them are also each entitled to $40,000. That's the maximum the tribunal can award.

The Assembly of First Nations estimates about 54,000 children and their parents could be eligible for the money, meaning the total bill will likely exceed $2 billion.

The tribunal has given the AFN, the First Nations Child and Family Caring Society and the federal government until December to come up with a plan for determining who is eligible for the compensation and how it will be paid.

Blackstock, the executive director of the caring society and a member of the Gitxsan First Nation in British Columbia, said the tribunal's findings make clear Canada didn't learn from its apologies and compensation awarded for residential schools and the Sixties Scoop.

She said if they had learned, this case wouldn't have been necessary.

"I want the whole department to be independently evaluated and all of the inequalities facing First Nations children to be costed out by the parliamentary budget officer," she said.

The compensation follows the tribunal's 2016 finding of discrimination, saying Ottawa refused for years to provide the same amount of funding for child-welfare services on reserves as provincial governments provided for kids living off-reserve. The money available for kids was the same on and off reserve only when they were in foster care.

In its 93-page order, the tribunal panel said the maximum compensation award is reserved for the worst cases of discrimination.

"No amount of compensation can ever recover what you have lost, the scars that are left on your souls or the suffering that you have gone through as a result of racism, colonial practices and discrimination," the panel wrote.

When Blackstock first brought the case in 2007, Indigenous Affairs was a single department. In 2017 the Liberals divided it into two: the departments of Crown-Indigenous Relations and of Indigenous Services.

She said it was a good day for kids but "also a wake-up call for Canadians."

"Treating kids fairly should not require a court order," she said.

Since its ruling in 2016, the tribunal has said 10 times that Ottawa failed to comply with orders to fix the funding discrepancies. In 2018, the Liberals finally committed to funding prevention services at the needed levels. Blackstock said while that has mostly happened, Ottawa refused to fund supports for those services, such as for buildings to house programs.

"We understand that systemic issues require systemic responses," he said. "We're dealing with a broken system and we need to fix it."

If the government wants to appeal, Blackstock said it has to file it Oct. 7, which would be two weeks before the federal election. She said Canadians should ask every candidate who comes to their doorsteps what their plan is to fix this long-standing discrimination against vulnerable children.

Assembly of First Nations National Chief Perry Bellegarde said he hopes the government does not appeal because doing so would be a slap in the face to the idea of reconciliation.

"The Canadian Human Rights Tribunal has put Canada on notice that it can't continue this fundamental breach of human rights," he said.

NDP MP Charlie Angus, who represents a northern Ontario riding, called the tribunal's findings "a damning indictment" of the policies of both Liberal and Conservative governments.

"In the process they destroyed the lives of children," he said. "I'm glad they're finally having to pay for the damage they have done."

Half of Indigenous children live in poverty, study says