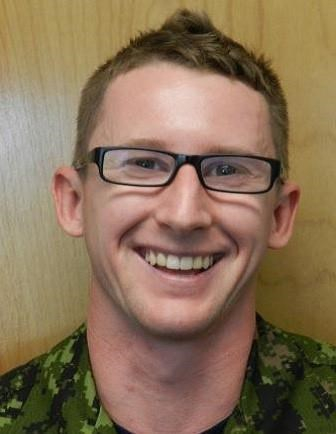 Master Cpl. Martin Brayman is shown in this undated handout photo. Handout photo by The Department of National Defence
Previous story
Next story

A 23-year-old man has been arrested for murder after a member of the Canadian Armed Forces died from serious head injuries sustained in what police are describing as a violent attack in Florida.

Master Cpl. Martin Brayman was attacked on Saturday night after inviting a group of people he'd met at a local nightclub back to his house in Panama City, Florida, according to the Bay County sheriff's office.

The 33-year-old had been posted to Florida earlier this year to serve as an aerospace control operator with the North American Aerospace Defence Command's detachment at nearby Tyndall Air Force Base.

Police say Brayman's girlfriend and roommate were uncomfortable with the group when they arrived from the nightclub. The group was asked to leave, police say, but soon returned to get Brayman's contact information so they could get together later.

Brayman's girlfriend and roommate were watching him talk to the driver of the group's white Mercedes outside the house when another member of the group came up and struck the Canadian military member in the head, according to police.

"When Brayman fell, the group drove away in the Mercedes," the Bay County Sheriff's office said in a statement.

Brayman, a 13-year veteran of the Canadian Armed Forces who'd previously served in the Sinai Peninsula and in a counter-terrorism operation in the Indian Ocean, was rushed to hospital and died Monday night.

Police say that following an investigation, a warrant for murder was issued and Justin Timmons of Tallahassee, Fla., was arrested on Tuesday.

In a statement, the Department of National Defence said Brayman's next of kin had been notified.

"Our deepest sympathies are with his family and friends," the department said.