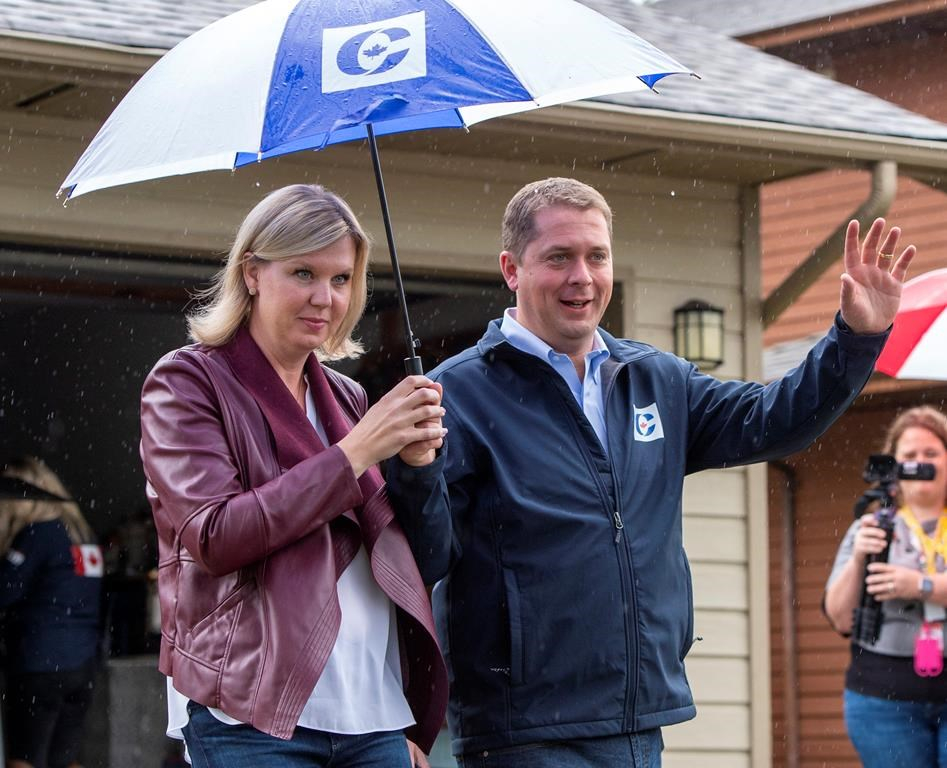 Conservative Leader Andrew Scheer continued making a pitch to voters via their pocketbooks Sunday with the promise of a new tax cut.

Scheer says the cut would apply to the lowest income bracket, slicing the rate from 15 per cent to 13.75 per cent.

The Conservatives say that could save a two-income couple earning an average salary over $850 a year.

That's in line with how much they say people's taxes have increased under a Liberal government.

The party says the tax cut will be phased in starting in 2021 and fully implemented by 2023.

Scheer made the pledge in Surrey, B.C. — part of the volatile voting area that is B.C.'s Lower Mainland.

Federal leaders scatter across country as campaign ramps up in earnest

Trudeau short on SNC-Lavalin talk as election kicks off