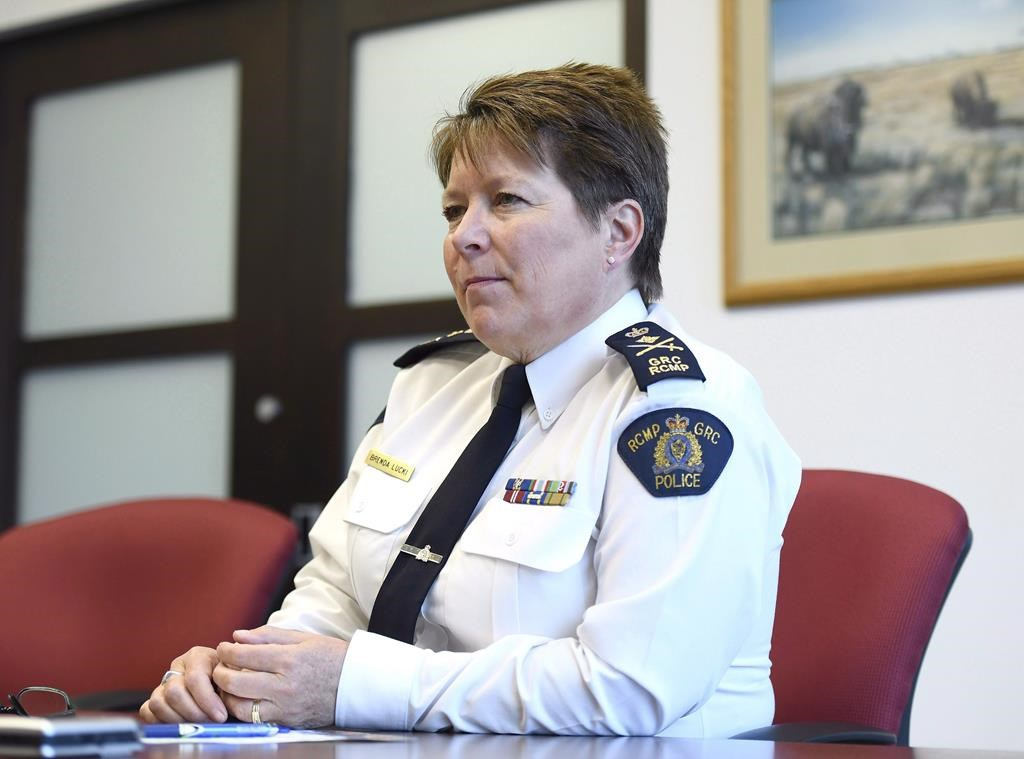 RCMP Commissioner Brenda Lucki sits for an interview in Ottawa on Friday, May 4, 2018. File photo by The Canadian Press/Justin Tang
Previous story
Next story

The Mounties are assessing and trying to mitigate the damage that might have been caused in light of the arrest of one of their senior intelligence officials, RCMP Commissioner Brenda Lucki said Monday.

In a statement, Lucki said last week's arrest of 47-year-old Cameron Jay Ortis, who is charged under three sections of the Security of Information Act, has "shaken many people throughout the RCMP, particularly in federal policing."

Ortis also faces two charges under the Criminal Code, including breach of trust, for allegedly trying to disclose classified information to a foreign entity or terrorist group.

"While these allegations, if proven true, are extremely unsettling, Canadians and our law-enforcement partners can trust that our priority continues to be the integrity of the investigations and the safety and security of the public we serve," said Lucki.

She also confirmed that Ortis was director general of the RCMP's National Intelligence Co-ordination Centre, after starting his career with the Mounties in 2007.

Ortis had access to domestic and international intelligence, including information coming from Canada's allies, she said.

"This is an ongoing investigation and we are assessing the impacts of the alleged activities as information becomes available," she added.

"We are aware of the potential risk to agency operations of our partners in Canada and abroad and we thank them for their continued collaboration. We assure you that mitigation strategies are being put in place as required."

Prime Minister Justin Trudeau had little to say Monday when asked about the impact on Canada's counterparts in the Five Eyes, the intelligence group that also includes the United States, Britain, Australia and New Zealand.

"I think people will understand I can't make any public comments on this, but I can assure you this is something that the responsible authorities are engaged with at the highest levels, including with our allies," Trudeau said at a campaign stop in Waterloo, Ont.

He published two essays that were co-written with one of the university's leading experts on China and Asia, political-science professor Paul Evans.

A 2003 paper published in The Pacific Review appears to have been prophetic about the rise of cybercrime and the use of the internet as a government surveillance tool. It was part of a broader examination of how the internet was being used by bad actors, while acknowledging that it is also sometimes a force for good.

"The walk on the dark side does not lead to the conclusion that the internet is the enemy of those wishing to construct a more stable and peaceful regional order," they wrote.

"What we are claiming is that the proponents of a more digitized form of community building need to be aware of the risks involved and the likelihood that national governments will be more concerned than ever with surveillance and control. For individuals, whatever their level of capacity, IT poses threats of information overload, eavesdropping and monitoring, and various forms of attack including viruses and worms."

They also predicted that non-governmental organizations and networks would face threats to their "infrastructure, confidentiality, mailing lists, electronic subscriptions and databases."

In a statement to The Canadian Press, Evans described Ortis as the "exemplar of discretion" and said that nothing in Evans's experience with him "would lead me to suspect he would be (in) any way involved in activities that would lead to such charges."

Evans said he was a member of Ortis's doctoral dissertation committee and worked with him on several projects. They also saw each other socially from time to time after Ortis started his RCMP job, but Evans said Ortis never discussed the details of his work.

The Mounties are promising a further update on the arrest at a news conference on Tuesday.