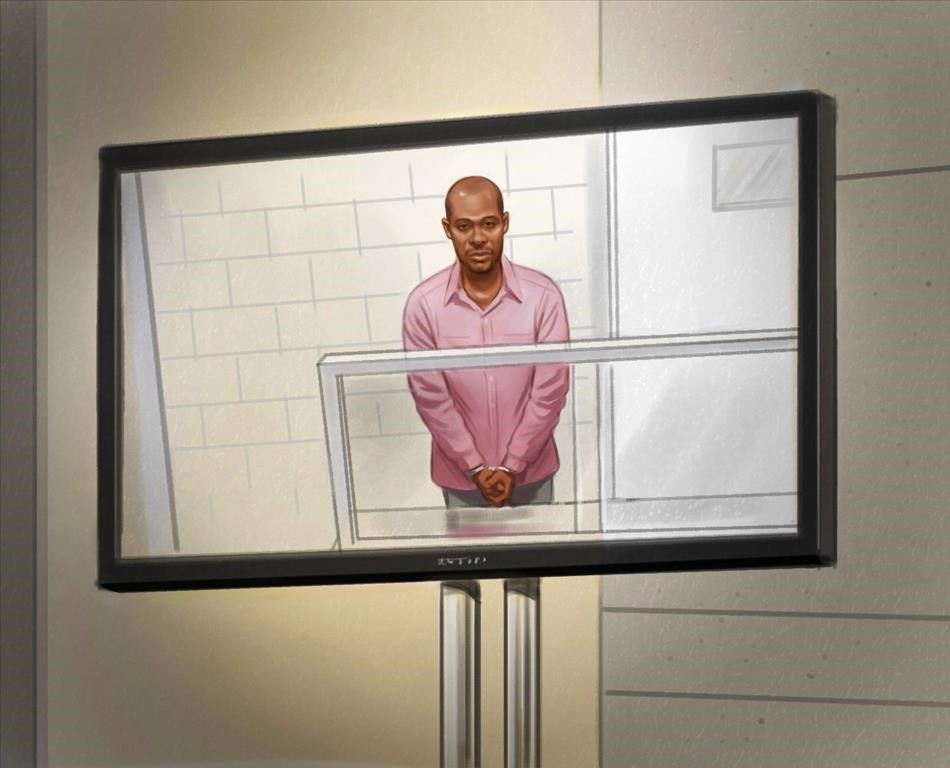 Ali Omar Ader is shown in court in an artist's sketch. File photo by The Canadian Press/Greg Banning
Previous story
Next story

A Somalian man found guilty in the kidnapping of Amanda Lindhout has abandoned appeals of his sentence and conviction.

In a statement today, the Public Prosecution Service of Canada says Ali Omar Ader's decision means the federal case against him is now complete.

Smith ruled in late 2017 that Ader, a 40-year-old Somalian national, was a "willing participant" in the 2008 hostage-taking of Lindhout, who was working as a freelance journalist near Mogadishu at the time.

The judge found much of Ader's testimony was unbelievable and did not support his claim that he was forced into serving as a negotiator and translator on behalf of a gang which threatened to harm him and his family.

Lindhout, raised in Red Deer, Alta., and photographer Nigel Brennan of Australia were snatched by armed men while pursuing a story, the beginning of 15 months in captivity.