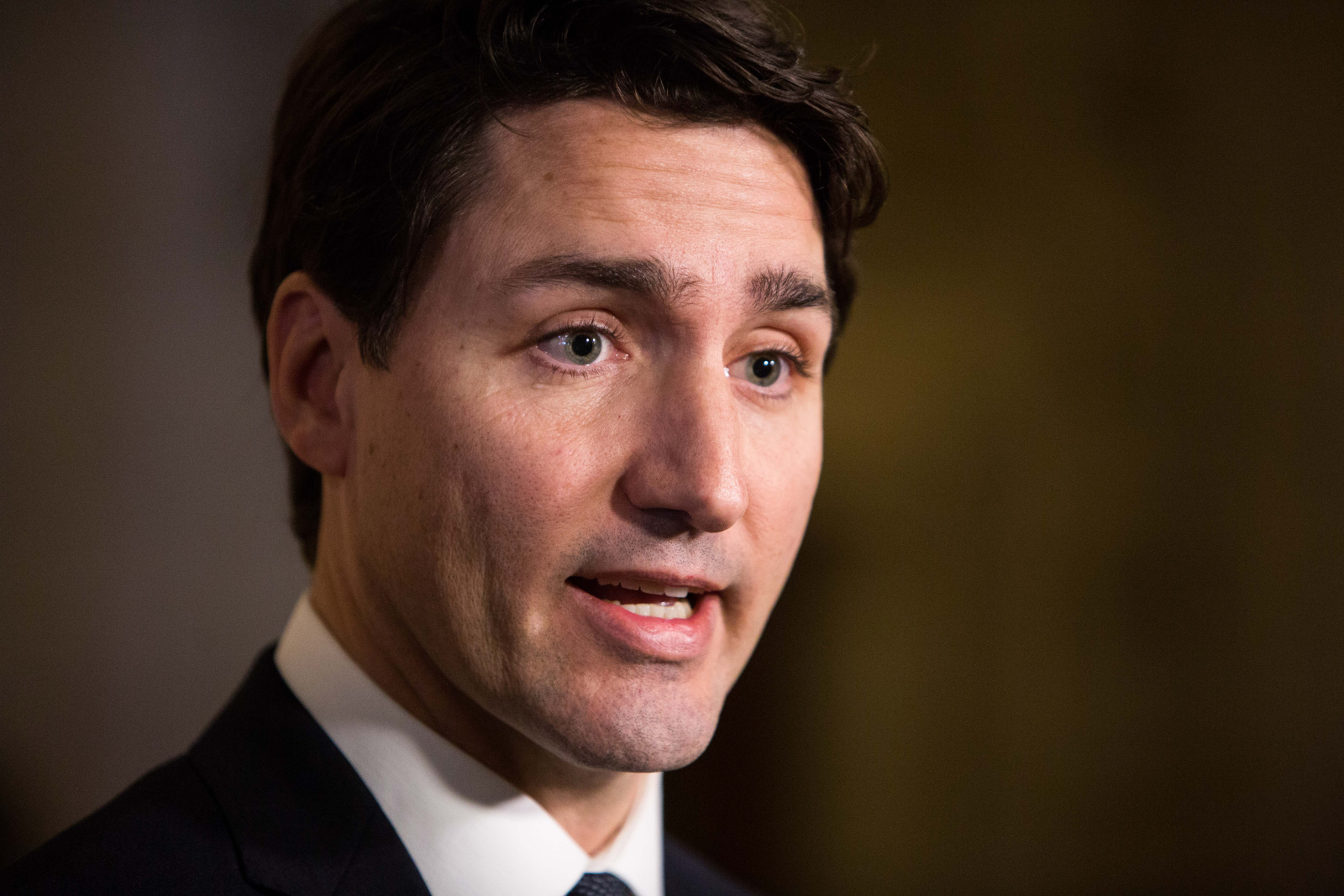 Prime Minister Justin Trudeau apologized to Canadians on Wednesday for dressing up in brownface when he was a 29-year-old teacher in Vancouver in 2001.

Trudeau was responding to a bombshell report Wednesday in Time that Trudeau “wore brownface makeup” to the Arabian Nights-themed event.

The prime minister confirmed the story on camera to media late Wednesday from his campaign plane in Halifax.

"I shouldn't have done that. I should have known better, but I didn't, and I'm really sorry," he said.

"I deeply regret that I did that."

The prime minister also admitted to another time: “When I was in high school, I dressed up at a talent show and sang Day-O with makeup on."

Trudeau said that while he realizes now it was racist of him to do, he didn't think so at the time. "I'm pissed off at myself... I'm apologizing to Canadians."

The magazine published a photo of the then-29-year-old Trudeau wearing a turban and with his face darkened that it said appeared in a yearbook of a private school where Trudeau was a teacher.

Liberal Party spokeswoman Zita Astravas confirmed to the magazine that Trudeau was in the photo, and that he was "dressed as a character from Aladdin.”

Trudeau said he only found out about the story breaking on Wednesday. He said he had made a number of calls to "friends and colleagues" and will have many more to make.

The National Council of Canadian Muslims had called on Trudeau to apologize for the incident.

“The wearing of blackface/brownface is reprehensible, and hearkens back to a history of racism and an Orientalist mythology which is unacceptable.”

After Trudeau's apology, the council put out an update thanking Trudeau for the quick reaction.

The National Council of Canadian Muslims (NCCM) is calling on the Prime Minister to apologize for wearing “brownface”/”blackface” at an Arabian Nights Party in 2001. (1/3)https://t.co/gJHYeV0kFS

Green party Leader Elizabeth May tweeted earlier that she was "deeply shocked by the racism shown in the photograph" and called on Trudeau to apologize "and commit to learning and appreciating the requirement to model social justice leadership at all levels of government."

NDP Leader Jagmeet Singh had been asked for his reaction before Trudeau spoke. He said it was "insulting."

"Any time we hear examples of brownface or blackface, it's making a mockery... I think that he has to answer for this," he said of Trudeau.

"Racism is real; people in this room have felt it."

That such a performance

That such a performance occurred as an acceptable event at a prestigious private school, WEST POINT GREY ACADEMY, betrays how unconscious & unquestioning our elite dominant culture can be of traditionally ingrained racism, or was there much objection by staff and parents at the time?

The first photo’s inclusion in the yearbook as what appears to be a posed photo pretty much says it all.

It never ceases to amaze just

It never ceases to amaze just how much of a teapot tempest can be raised by those who have the most to gain... media types with stories to sell, politicians, with grave glee relishing the "humiliation" of one of theiir competitors....

However, all of the huff and puff is just more of the mythologising humans worldwide like to play with, to titillate, to stoke emotions and to sell themselves or their products.

The science is in. Someday the truth will out. The fact is we are all humans, of the SAME race, sufficiently alike to interbreed (which I think is the usual defining characteristic of a species) Like any species, we exhibit superficial variation, and somehow the most noticeable variation is the evolutionary aberration of white skin, sort of like albinism, light.

By another accident of evolution, this relatively small, cluster of humans struggling to survive the glacial periods of our history, selected for colourless skins. It may also have fuelled in them an exceptional pugnacity, leading them toward aggressive migrations, invasions, intertribal wars over their beleaguered patch of the planet. As the glacial stresses retreated these pugnacious people , starving in their marginally life sustaining territories, eventually took to the seaways as a thieving, murdering, slaving horde of savage warriors, picking off the slightly more placid, settled agrarian societies south of them. In so doing they encountered the darker skins, and this together with their greed for the undoubtedly undeserved luxuries of these multicoloured societies, bred in them the unshakeable conviction of their "white superiority" in killing and stealing from them.

We all have our specific "origin myths" This myth of god-like, heroic Vikings plundering their way to wealth and power, does seem to have had an outsized influence on the white tribes, their very aberrance, turned into proof of prowess. And thus was born the lethal myths of exceptionalism and "privilege".

If one is a member of the colourful tribes, one should rejoice in the fact tha the genes for "whiteness" characteristics are recessive, and thus in the long term are doomed to extinction. No doubt, like the wee, timorous mammal beasties in the age of the dinosaures, that extinction is too long in coming.

By coincidence, while the Canadian media/politicians and spinners were making a feast of some long ago playacting on the part of the PM, on CNN Chris Cuomo was interviewing an author of a new book about white privilege, who makes the case that the problems of what we now call "racism", have been caused by this failing minority of floundering white genes. White privilege is the problem, not the solution.

We are all products of our environment, our mental powers and processes are enabled, or disabled, by the culture in which we live, not by the fundamentals of our species' genetic make-up. We all cling to the cultural stories that make sense of our lives, whether or not that sense is a pack of lies.

Evolution is the ultimate arbiter and the pathetic spectacle of white people imitating "the other" deserves its place in the trash barrel of human folly.

I know it doesn’t exactly fit

I know it doesn’t exactly fit your dramatic narrative but I was under the impression that the lighter skin adaptation improved Vitamin D absorption in northern climates. A quick google seems to confirm my memory of this.

I do think that this is being used as a bludgeon by many who stand to gain one way or the other. And dare I say there are likely other politicians out there that need to be very careful lest they be seen as pots criticizing kettles.

I can remember as a kid watching a lot of Westerns - it seemed like in my three channel universe at the time that often was the only choice on a Sunday afternoon. I can remember Yosemite Sam and Foghorn Leghorn on Saturday mornings. But I also can say, decade after decade, I think we’ve always collectively felt that our views had significantly evolved and improved without also really realizing how much further it is that we still had to go. I suspect that same is true in 2019. Flash forward to 2039, what will we say about what is acceptable today?

I’m not making excuses for this, just observing the pattern.

While this is undoubtedly in

While this is undoubtedly in poor taste, it needs to be put in context.

Even 20 years ago it was not uncommon to dress up in blackface especially for Halloween.