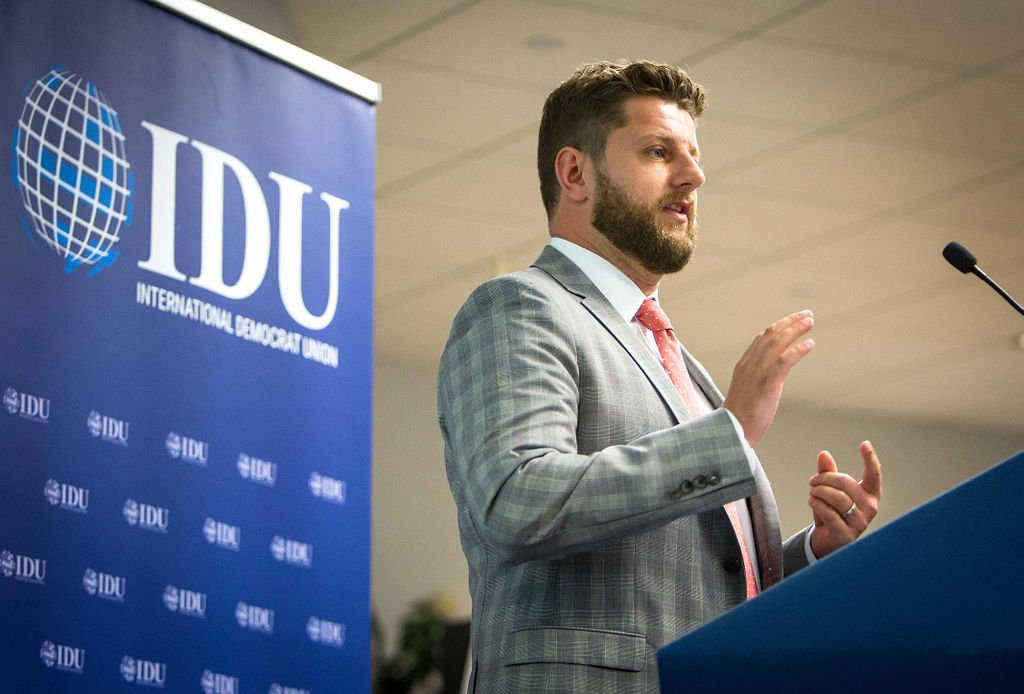 More than $111,000 in donated campaign cash spent by Canada Proud, one of the largest third-party groups trying to sway voters in the federal election, has flowed into a company owned by one of its founders, Elections Canada filings show.

The bulk of Canada Proud's spending, just over $94,000, went towards ads on Facebook and Instagram, which Mobilize purchased on behalf of the group. Mobilize also charged Canada Proud $11,300 in “production costs,” the filings show.

The right-wing advocacy group is known for its incredible reach on social media and ties to Conservative Party fundraisers. Public expense reports filed to Elections Canada on Sept. 15 show that every dollar of the group’s campaign spending has gone to Mobilize Media, a media production company owned by Canada Proud founder and director Jeff Ballingall.

After this story was published, Ballingall said all but one of the billings from Mobilize Media were one-for-one reimbursements for its costs in conducting a survey and commissioning social media ads on behalf of Canada Proud. It's set up that way because it's "really hard for a not-for-profit to get credit cards," he added.

The one bill for production costs covers Mobilize Media's staffing and expenses like software, video editing and rent, Ballingall said.

"My company makes some revenue from Canada Proud," he said, declining to discuss how much he profits personally.

In an earlier interview with National Observer, Ballingall said he doesn’t believe the arrangement amounts to a conflict of interest.

“Mobilize Media has many clients. This is one of them,” Ballingall said. “Mobilize doesn’t speak about its clients.”

Ballingall launched Canada Proud in April as a federal offshoot of Ontario Proud, a third-party group he created ahead of the 2018 Ontario provincial election. Both have amassed enormous social media followings.

All of Canada Proud's campaign spending has gone through a company owned by the right-wing political advocacy group's founder. #cdnpoli #elxn43

About 152,800 people follow Canada Proud on Facebook, and Ballingall often boasts of engagement topping that of major news outlets, reeling in followers with a mix of memes about Canadian culture and right-wing political content. Those efforts are boosted by sponsored posts on social media, which cost far less than traditional methods like billboards, and a network of regional affiliate pages like Ontario and BC Proud that share each others’ content across the country.

Ballingall has said that his aim with Canada Proud is to unseat the federal Liberals and Prime Minister Justin Trudeau.

“We’re being outspent by political parties and big unions massively and we’re still beating them online,” Ballingall said. “People want change and that's why our message is resonating."

The Prouds have previously come under fire for publishing misleading information. They also have close ties to The Post Millennial, a right-wing upstart media outlet which, as National Observer reported last month, has an editor who used to work for a site that promoted racist content. Ballingall is The Post Millennial's chief marketing officer.

In a story published in the Globe and Mail Saturday, Ballingall declined to disclose how much Mobilize Media has profited from the Prouds. His company was also a favourite vendor of Ontario Proud, the Globe found, but previously did work for provincial and federal conservative campaigns.

Including interns and freelancers, Mobilize Media typically has five or six employees at a time, Ballingall said.

'Money from across the country'

Ballingall’s cause has netted a total of $249,259 in donations from nearly 2,100 backers since June, the Elections Canada filings show. Of that amount, $111,560 has been ascribed to campaign services provided by Mobilize Media since June 30.

For comparison, the massive union Unifor has spent nearly $1.27 million so far, according to its Elections Canada filings. North99, a group that’s similar to Canada Proud but with a left-wing bent, has spent about $22,400.

Canada Proud’s biggest donors were corporations. About $106,000 of its funding came from four companies, two based in Toronto and two in Calgary.

Forty-eight donors who gave over $200 made up the second largest slice of the pie, donating over $77,300 (if a contribution is larger than $200, election financing law requires third-party groups to report the donor’s name).

"We've received money from across the country."

Under Canada’s election laws, which were updated late last year, any group that isn’t a candidate or party must register if it spends over $500 on advertising during the campaign.The law also created a pre-writ period — from June 30 until the day the election was called — during which third parties must track their spending and stay under a limit of $1,023,400.

Third parties can spend another $511,700 from the date of the formal election call, which happened Sept. 11, to voting day on Oct 21.

A small portion of Canada Proud's reported $111,000 in campaign spending, just under $1,200, went towards hiring Mobilize Media to conduct a survey.

Canada Proud also paid Mobilize Media $5,000 to place partisan advertisements in three ethnic media publications. Two are based in the Toronto suburb of Thornhill: Atash Media, a weekly newspaper for the Iranian community, and the Korea Times Daily. The third, Canadian Punjab Times, is based in British Columbia.

Editor's Note: This story was updated at 8:57 p.m. to include comments made post-publication by Jeff Ballingall.

I'd be interested to know which are the 4 companies that have donated so heavily to this self-serving non-profit group. Is that information that can be shared or accessed?

Well, it only goes to show

Well, it only goes to show that even (especially?) the right wing/white privilege groups are all about the money, and whatever passes for power in their calculating little minds - just like the rest of the lobbyists, hangers on, and parasites that infect the body politic.