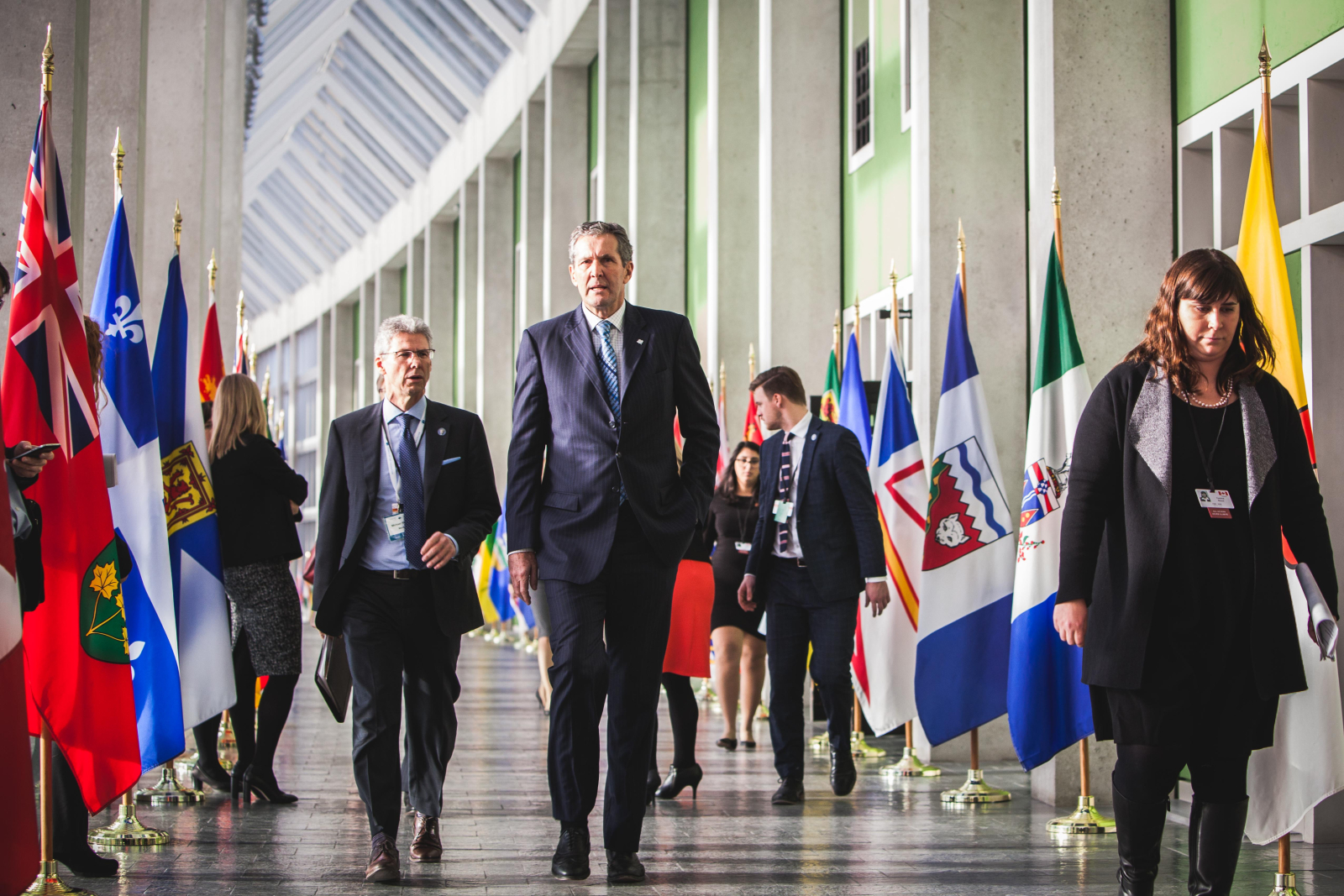 Manitoba may become the next province to ban single-use plastic bags to help the environment.

Prince Edward Island started in July and a ban is close in Newfoundland and Labrador.

Eight days after winning a second term, Premier Brian Pallister said his Progressive Conservative government will begin consultations with the private sector on ways to eliminate the use of plastic bags.

"We think that many Manitobans understand that this is an item that could be dealt with, needs to be dealt with and hasn't been dealt with for a long time," Pallister said Wednesday.

The consultations are among 100 things that Pallister has said he wants to tackle in the first 100 days of his new mandate. Most were promised during the campaign for the Sept. 10 election that returned the Tories to power with 36 of 57 legislature seats. But the plastic ban is new.

While many municipalities across the country have banned single-use plastic bags at grocery stores and other retail outlets — including Thompson and The Pas in northern Manitoba —provincewide bans are new.

Prime Minister Justin Trudeau said in June that the federal government was starting regulatory work to ban toxic single-use plastics. Retailers such as Sobeys have already promised to move toward a nationwide ban on bags.

Manitoba Opposition NDP Leader Wab Kinew said people would like to see other plastic items, such as straws, banned as well. He also said he doubted Pallister would follow through on the promise.

"For us, it'll be important to see whether this government is actually serious about this," Kinew said.

Among other items on Pallister's 100-day list is a change to provincial rules so that restaurants could deliver liquor to customers' doors.

The province also plans to restructure a complex financing arrangement for Investors Group Field, the stadium that is home to the CFL Winnipeg Blue Bombers. It has run over budget and faced costly repairs. Pallister said the aim is to make the deal more transparent and fair to taxpayers.

The government also wants to identify land and other property it no longer needs so that it can be sold, as well as lift many restrictions on Sunday and holiday retail shopping hours.

Pallister was re-elected after fulfilling a promise to reduce the provincial sales tax and bring down the deficit. One of the main promises for his second term is to balance the budget and start to eliminate, over a 10-year period, education taxes on property.

More immediately, Pallister plans to reconvene the legislature at the end of the month, pass the spring budget and make at least a minor change to his cabinet.

Former Crown Services minister Colleen Mayer was the only inner-circle member defeated in last week's election. Pallister would not say whether he will simply replace her with a backbencher or change up other portfolios. But he hinted any change is several weeks away.

"First we have to pass a budget, then we'll talk," Pallister said.

Oh goody! No more plastic bags littering the haunts of the homeless, the alcoholics, etc. Just curious, how will the liquor stores find the good and faithful customers in their tent cities to deliver the goods?