In an election of brownface photos and racism, are all apologies equal? 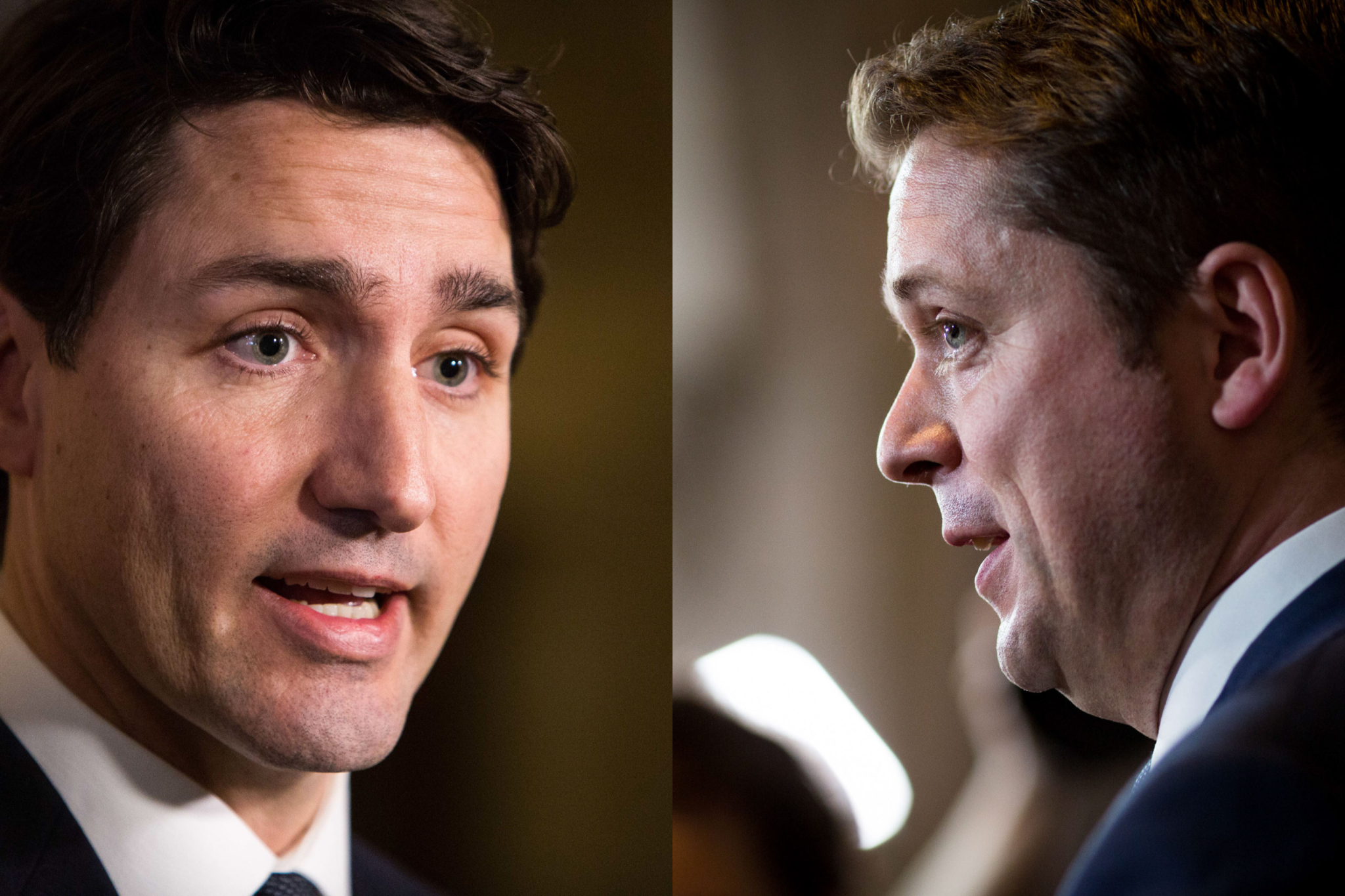 The 2019 federal election has been premised thus far on two things: embarrassment and apologies.

The Liberals and Conservatives have unearthed embarrassing and often racist material produced by candidates on either side, attempting to derail the opposing campaigns with scandals. The response to each of these discoveries is marked by embarrassment and then some type of apology.

The back and forth has hit its pinnacle with the discovery of photos of Liberal Leader Justin Trudeau in brownface and blackface.

While the Conservatives demand Trudeau’s resignation, and the Liberals accuse them of hypocrisy given Conservative tolerance of racist behaviour within their ranks, the rest of the public is left trying to sort through this entire mess.

Is it reasonable to believe that someone who has acted in a racist or bigoted manner is able to redeem his or herself? And if so, what exactly constitutes a meaningful apology?

It’s easy for politicians to stand in front of cameras and apologize, but are all apologies equal?

As a man of faith, I believe in values like redemption and forgiveness — a belief I am sure all Canadians share.

A meaningful apology is specific in naming the offence, accepts blame and accountability, names those affected by the offence and shows tangible action toward making amends.

As an Arab, I was absolutely horrified by the photo of Trudeau in brownface. It brought to mind childhood memories of when I was made to feel less than others simply because of my skin colour and ethnicity. The history of brownface and blackface is long and complex, but has always sought to alienate people of colour.

But Trudeau’s apology was largely contrite. He named the specific wrong and did not shy away from rightfully labelling it as racism. He did not shift the blame unto those who uncovered the photo, but instead took responsibility for his actions.

One failing in his apology was when he remarked that he has “been more enthusiastic about costumes than is... sometimes appropriate.” This sounds like minimizing the offence, which a genuine apology should never do.

More importantly, Trudeau has taken tangible actions to demonstrate the sincerity of his words. He has empowered people of colour in his government to higher levels than they have historically achieved, and has spoken consistently on behalf of minority rights. Demonstrating change is done largely through actions rather than words. And while many reasonable people might still find Trudeau’s apology lacking, the tangible actions lend sincerity toward his atonement.

Contrast his apology to when a video emerged of Justina McCaffrey, Conservative MP candidate for Kanata-Carleton, describing what seemed to be a close friendship and a desire to start a TV show with neo-Nazi sympathizer Faith Goldy.

McCaffrey’s apology was short and vague, and did not address why people will correctly have misgivings of a politician who befriended a prominent white supremacist. It did not name the offence, the effect or seek to make amends.

We can also consider the apology of Ghada Melek, a Conservative MP candidate for Mississauga-Streetsville who posted and retweeted a number of Islamophobic and homophobic statements in the past.

In Melek’s apology, she shifts blame by referencing her Egyptian heritage and calling her anti-Muslim posts “an emotional response” to her native country’s then-president Mohamed Morsi, a member of the Muslim Brotherhood, something that has no relevance or connection to her posts.

While the history of Coptic Christians and Muslims in Egypt is deeply complicated, Melek does not take personal responsibility for her actions in her apology. And while she vows to work with Muslims and move beyond her past statements, she has since rebuffed attempts by Muslim organizations to reach out to her.

Certainly, all of us have done and said things in the past we deeply regret and would hope others would look beyond them. For that, we should all be open to accepting others who want to move on from their past mistakes, but not without genuine contrition, accepting personal responsibility and making amends through tangible action.

Yeah, I think Trudeau's sincere. I've done very horrible and very stupid things in my past. I learned something in AA.
Your actions speak volumes. As long as you don't repeat them. If you do and don't change. Then you'll be scrutinized for being a lier.

Let those who are without the

Let those who are without the sins of bigotry, prejudice, denigration, colonialism - without ever expressing, or acting upon; financial, employment, housing, schooling, socializing, discrimination; cast the first stones....

It is an unfortunate, genetically encoded human trait to mistrust, fear and hate the "other". It is rooted in the primitive neural network, what we have called the 'fight or flight" reaction to perceived threat. Sitting, as we imagine, on top of the evolutionary development scale, we "thinking" humans, with our massive pre-frontal cortex, have lots of scope for imagining endless variations on perceived threats, both given and received. Sometimes it seems that our whole lives and mental functions are given over to the sorting out of friends and enemies and the infinite permutations of both.

More often than we acknowledge, we get it wrong, and have left behind us a dismal history of senseless, stupidity and destruction. We have been, and continue to be, a curse on the face of the earth, wilfully and for crudely self aggrandizing reasons, destroying other species, destroying the very environment and atmosphere that evolution so cleverly selected to make life here possible.

WE are evolution's biggest mistake and are likely on our way to extinction. The only question is, will we take every living thing with us? Or, will the rest of creation happily flourish as they celebrate our departure?

Sticks and/or stones? Little to choose between them. In either case, when the intent is to wound the 'other" they are equally destructive. Verbal apologies rarely heal whatever wound has been inflicted and only remedial action is acceptable.

It's nice that many are

It's nice that many are forgiving Mr Trudeau's pecadillo. But if you are really "horrified" or "sickened" or "dismayed", what are you going to say about hundreds of millions dying as a result of climate change? Or about democratic deficits and corruption? Or about nuclear war? Lack of educational opportunity? Unemployment and economic collapse?
Does the word "proportion" have any resonance?
It's clear that the harm done was to feelings. That is, there was no material harm. Sorry, hurt feelings are not clear and present dangers.
The real scandal is in the deflection of attention away from the grave material problems Canada and the world face. That sound you hear in the background is Nero's fiddle, and the scuffling is Mr. Scheer and his cohorts, trying to dance

We are all growing and

We are all growing and learning .
Time and location are huge factors as well .

Trudeau and his government

Trudeau and his government have enacted laws and policies that disproportionately harm people of colour. On an individual level, he has talked down to Indigenous leaders and scolded them. He taunted an Indigenous woman who was protesting lack of action on the mercury poisoning at Grassy Narrows as she was being led out of the fundraiser by security. He demoted the Indigenous Minister of Justice because she refused to do his dirty work in securing a DPA for SNC-Lavalin.

Trudeau's government has ignored multiple orders by the Canadian Human Rights Tribunal to stop underfunding child and family services in First Nations as it's discriminatory. Trudeau refuses to answer reporters' questions about it and reporters aren't challenging him as much as they should be on his record and his hypocrisy. Some of his policies are harmful to people of colour in other countries, too.

For those reasons and many more, I reject the idea that, "Trudeau has taken tangible actions to demonstrate the sincerity of his words." It's not enough to mouth the words. At a minimum he has to state what he plans to do to educate himself on racism and make meaningful amends.