Canada, we need to have a serious talk about racism 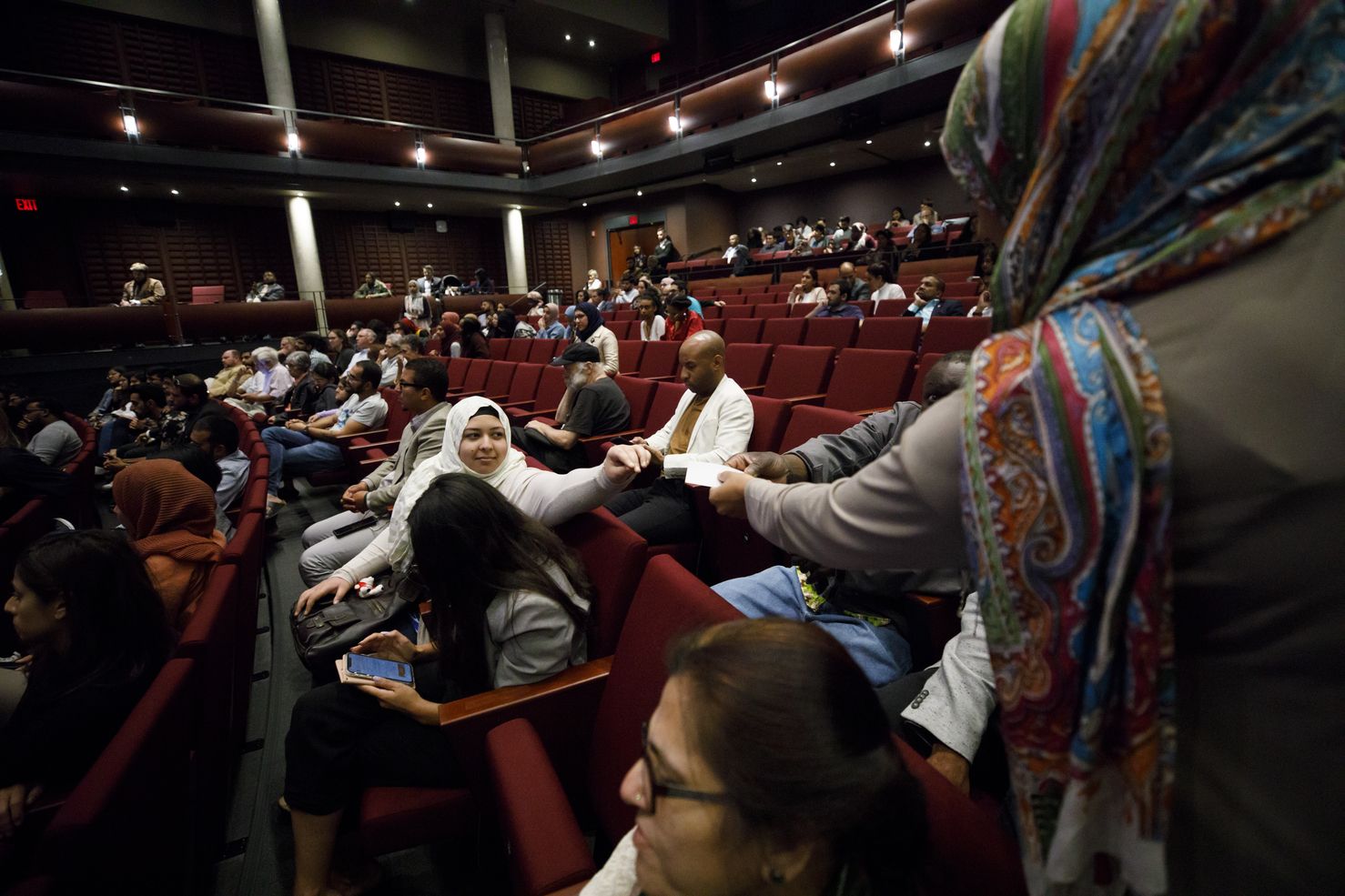 Fatima Sajan of the National Council of Canadian Muslims collects questions from the audience to ask leader of the New Democrat Party of Canada Jagmeet Singh during his conversation in Toronto, Ont. on Sept. 4, 2019. Photo by Cole Burston
Previous story
Next story

On three separate occasions, Justin Trudeau was seen wearing brownface or blackface. It has dominated our water-cooler conversations and our family dinner discussions since the images broke.

It is, as the prime minister admits, an act of racism to use black or brown face paint to mimic a racialized community.

But there has been very little reflection on the history and effect of brownface on why brown people should be angry. And there are many reasons.

For one, brownface is offensive in ways reminiscent of the effect of blackface. Commentators have noted exaggerations of black facial characteristics were meant to emphasize black people as “dim-witted, lazy, buffoonish, superstitious and happy-go-lucky.” Brownface does the same with South Asian people. Like Apu from The Simpsons, people with brown skin are comical because of their accents, and the image of the happy-go-lucky, unintelligent, hairy, flashy, dirty South Asian is also a predominant stereotype in our culture. Seeing Trudeau in brownface confirms this image. His costume would not have been as effective without it.

But the problems run deeper than that. Brownface is a way of exaggerating characteristics that imply brown people don’t belong in this country. It reinforces a narrative that has existed since the early 1900s. The reason for our community’s continued emphasis on the Komagata Maru is that we witnessed a historical event characterized by the fear and hatred of brown people in a country that was “supposed to be” all white. (Spoiler alert: after two months without access to proper food sources, inadequate water or sanitation, the passengers of the Komagata Maru were sent back to India.)

And ever since, the white privilege of appropriating brown bodies for convenience has run deep in Canadian culture. Politicians have used brown-skinned people as a backdrop, standing behind the leader during important speeches as a symbol of diversity. Brown people have also been treated as a “model minority” in many aspects of Canadian life, as doctors, lawyers, businesspeople and engineers. We are a minority of convenience because we help maintain the status quo, not rocking the boat and not demanding we command the boat either.

It’s when brown bodies become inconvenient that we face ridicule, discrimination and even violence. And as the Council of Agencies Serving South Asians (CASSA), we see the effect of this in our daily work. We have seen a 47 per cent increase in hate crimes in Canada since 2017. This is happening in our schools, where children are suffering bullying and isolation because of their brown skin, their otherness exaggerated by symbols like the hijab or turban. Members of our communities are systematically forced to work in underpaying jobs they are overqualified for because South Asian immigrant accents are characterized as “unnatural” for leadership positions around the conference table.

We are treated as players in the “ethnic votes” category, adjacent to but not part of the broader and whiter body politic. Brown communities are actively courted for our votes, but rarely have we seen our governments respond to race-based issues once votes are cast.

So how do these pictures affect how the South Asian community will vote?

"We are treated as players in the “ethnic votes” category, adjacent to but not part of the broader and whiter politics. Brown communities are actively courted for our votes, but rarely have we seen our governments respond to race-based issues once."

Trudeau’s decision to wear brownface (and his subsequent apology) is something for all racialized voters to consider. But race-conscious voters also see how the culture of racism has plagued all major political parties. Our politically diverse communities will assess who is best to represent our ridings, with an eye on each party’s positions on the economy, energy, environment, education, health care and foreign policy, just as all Canadians will. But we will also pay attention to how candidates advance anti-racism and inclusion policy.

We need to have a serious conversation about racism in Canada. Toward that end, CASSA, in partnership with other organizations, is hosting a local all-candidates’ debate on racial justice in the riding of Scarborough-Rouge Park on Sep. 25. Residents of the riding come from a range of diverse Indigenous and racialized communities, and everyone wants to know where our leaders stand on issues that matter to our communities and the effect they will have on the future of our country.

Discussions are not enough though; we need real solutions.

We live in an ingrained racist culture. Let’s use this opportunity to start to really turn the tide and move toward credible action.

Anita Singh and Anjum Sultana are on the board of directors for CASSA, an umbrella organization with the goal of empowering the South Asian community. CASSA is committed to the elimination of all forms of discrimination from Canadian society.

I agree it is time to address

I agree it is time to address racism. It has become a everyday conversation, i applaud the decision to hold a all candidates meeting on the subject. It might help to state the meaning of "Racism" as defined in the dictionary.

What comes to mind as part of this discussion is the belief by some politicians the more we repeat conversations on subjects like this the more people will believe them.

Trudeau's inaccurate, and the

Trudeau's inaccurate, and the equally ignorant portrayal by many of us as identifiable "alien others" too often results from the abject human failure of informed empathy; the inability to walk in another's moccasins.

When we cannot even understand ourselves, how can we be expected to understand others? We can't - but that doesn't absolve us from the demand that we try. The totality of humanity, with all of its so-called races combined, is now required to save us from a well-deserved extinction. The evolutionary law is: adapt or die. That includes, in spades, the pre-requisite that our attitudes, our emotions, our mental processing has to acknowledge the imperative; work together, or die separately.