Conservatives more likely to view immigrants as 'costly to society' 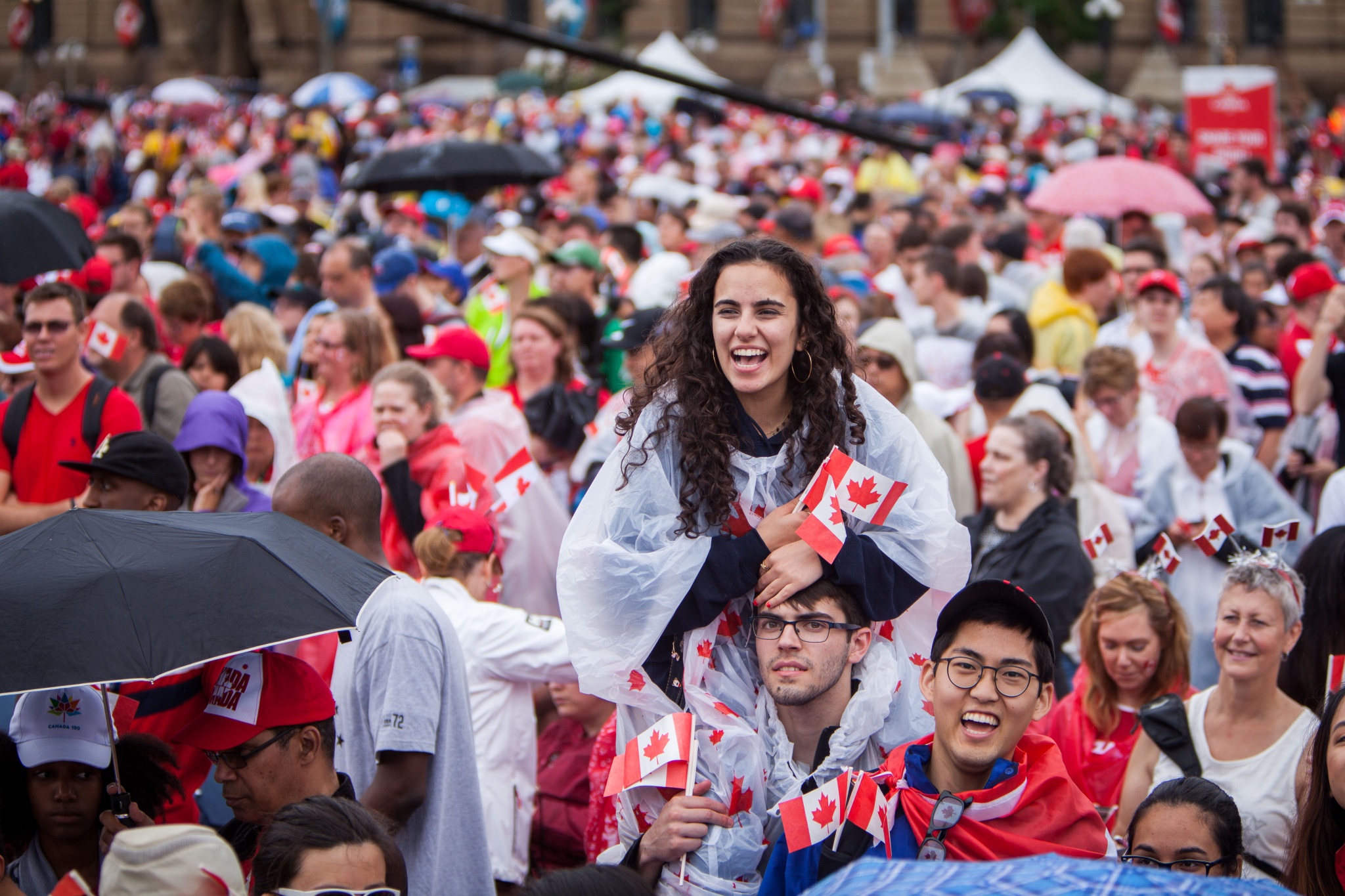 Conservatives and those with a dim economic outlook are more likely to view immigrants as "costly to society" than other Canadians, new research suggests.

Accurate information about the benefits of bringing in new residents, however, can change minds, according to the latest report from the Digital Democracy Project, a joint initiative by the Public Policy Forum and the Max Bell School of Public Policy at McGill University.

"Nativism — feelings of support for native-born citizens over immigrants — is more common among conservatives, but also among those who feel the economy or their personal finances are getting worse."

The researchers measured "nativism" by asking a series of questions they said were designed to tap into perceptions of "whether immigrants are costly to society."

They found Canadians broadly overestimate the number of migrants and refugees entering the country, with almost a quarter of those polled believing that refugee intake is higher than it really is.

Twenty-nine per cent of those surveyed said too many immigrants were from visible minorities. The authors noted they interpreted this number cautiously given a tendency for respondents to “provide answers that are socially acceptable but not a reflection of their true sentiment.”

The People's Party of Canada — the leader of which, Maxime Bernier, has campaigned on allowing "fewer immigrants" into Canada — was not included in the examination of nativism. The report said the sample size was too small.

In asking respondents a series of questions about policy, researchers also found that Canadians were more often "uninformed" rather than "misinformed."

Providing respondents with details of the economic benefits of immigration made people, particularly conservatives, more aware, and more supportive, they said.

"Nativism — feelings of support for native-born citizens over immigrants — is more common among conservatives, but also among those who feel the economy or their personal finances are getting worse," says a new @ppforumca @MaxBellSchool report

“This suggests that nativism might not be as much of an immutable sentiment as commonly believed,” the report states. 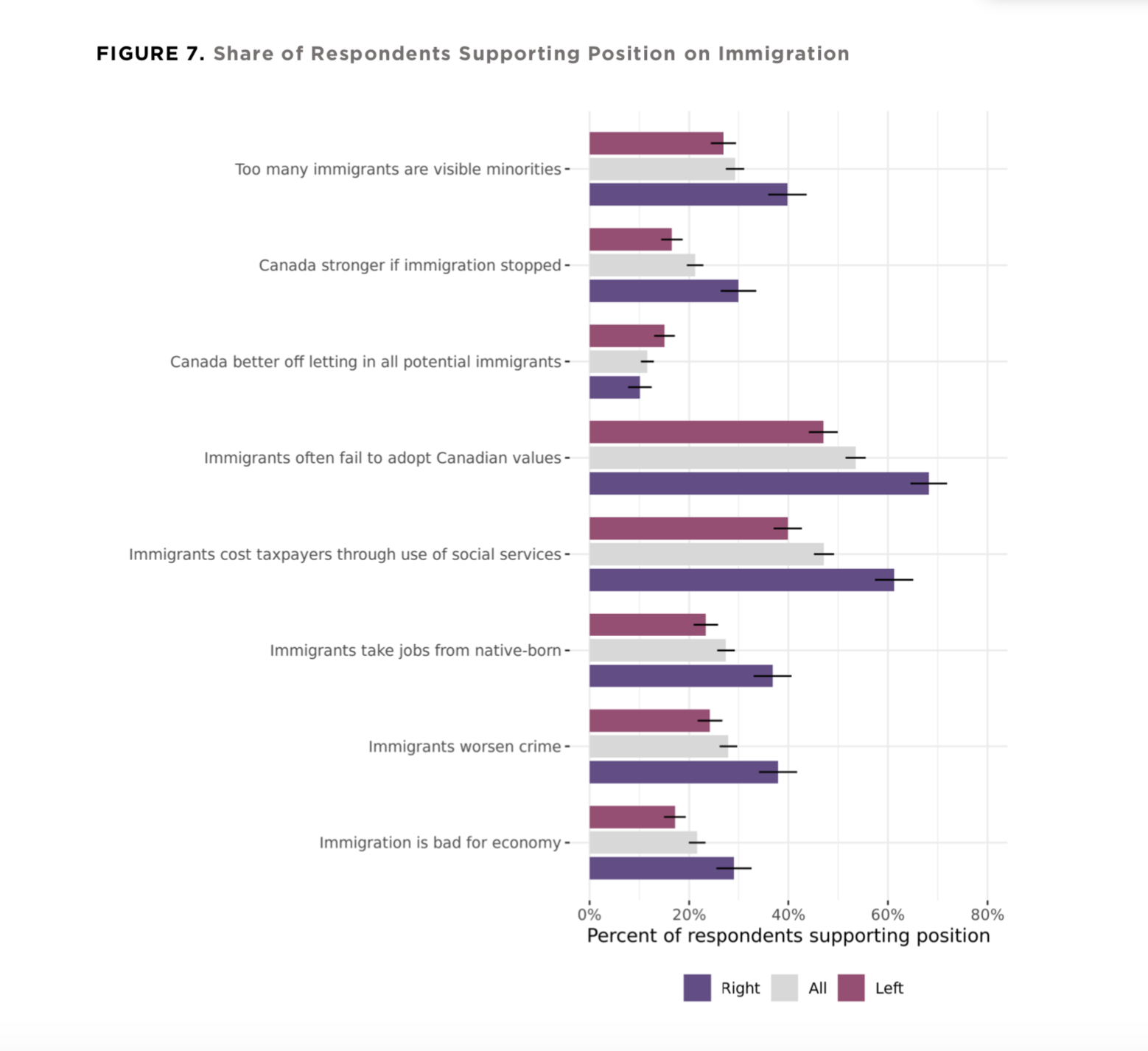 The team surveyed 1,559 Canadian citizens 18 years and older from Sept. 11-16, using an online panel. Data was then weighted regionally by gender and age for accuracy. Their analysis on nativism can be generalized at 90 per cent confidence +/- 0.01-0.03.

Attitudes clearly shifted among the half of those surveyed who were presented with an excerpt from a Conference Board of Canada report showing immigration boosts overall economic activity, compared to the half who weren't shown the excerpt.

The Conference Board said that if Canada were to stop welcoming immigrants over the next 20 years, economic growth would slow considerably. Boosting immigration to just one per cent of the population, or 400,000 people per year, would help keep the economy growing.

"Immigration is beneficial for the long-term health of the Canadian economy," the excerpt concludes.

The information also shifted how those polled viewed immigration levels. Thirty-nine per cent of respondents who did not receive the information wanted numbers decreased, compared to 32 per cent of those who did receive it. 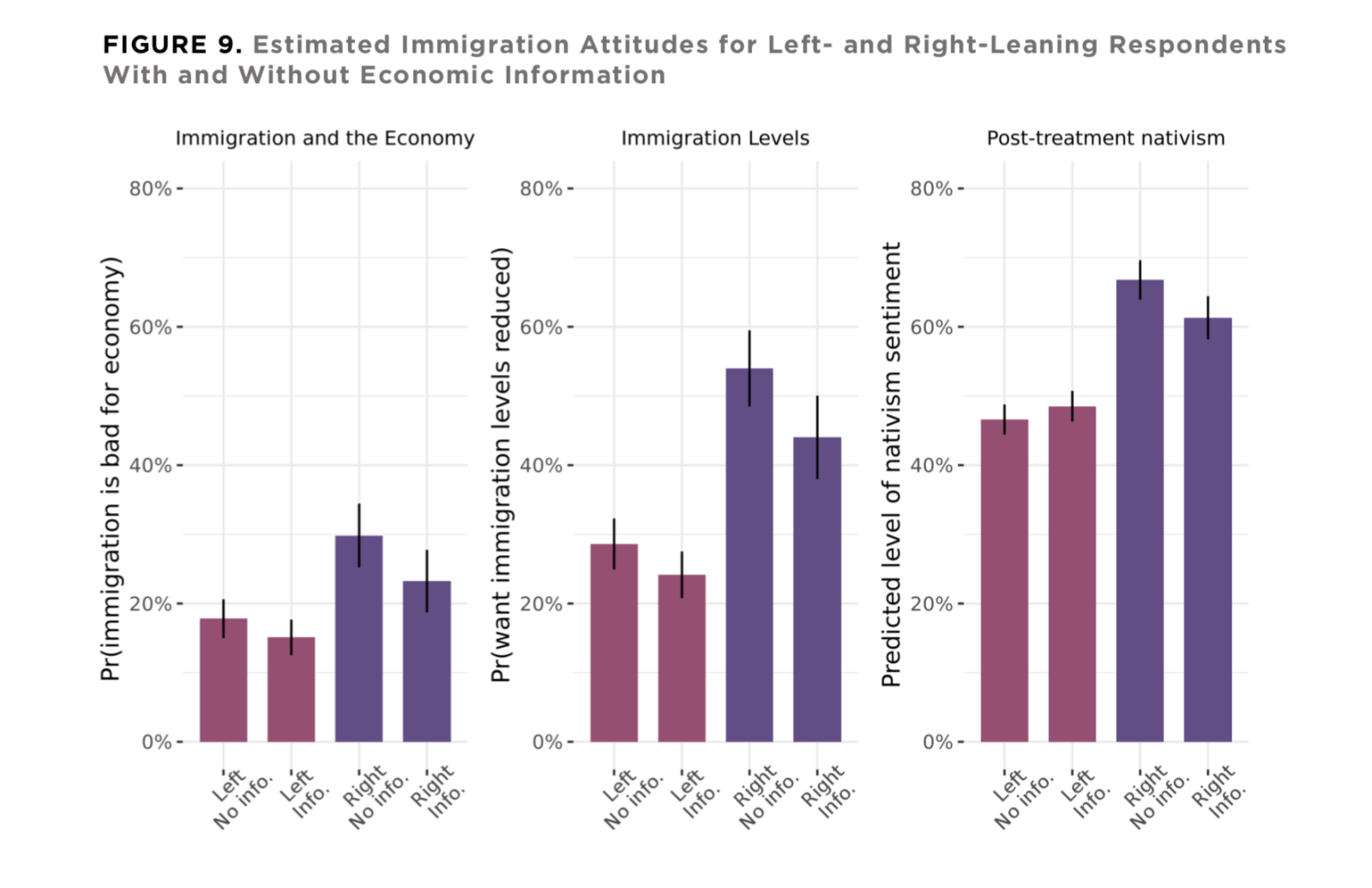 A chart from the Digital Democracy Project's September 2019 report on immigration shows that those who support reducing Canada's immigration can be persuaded by evidence it is good for the economy.

Asked what aspects of immigration were of most concern to them, survey respondents broadly ranked jobs and the economy highly.

But right-wing partisans were otherwise focused much more on cultural values, national security and "illegal immigration," while those on the left prioritized integration and diversity.

“All told, Canadian attitudes toward immigration are nuanced,” the report said.

“Nativist sentiment is largely muted, but there are potential flashpoints related to the effect of immigration on taxpayers, social services and cultural values.”

Critics say such flashpoints are being used by politicians for electoral gain.

Syed Hussan, a co-ordinator at the Migrant Rights Network, said stagnant wages and cuts to social services were creating more economic anxiety, and immigrants were being unfairly scapegoated.

“When you're anxious and fearful, it is very easy to be convinced that there is a boogeyman who's responsible for your anxieties,” Syed said.

“And all the political parties have tried to divide us and make us believe that migrants are responsible for our suffering.”

Fifty-six per cent of respondents said they were unsure how many immigrants the federal government was planning to admit in 2019, while only 15 per cent knew it was 330,000.

“The direction of misinformation is clearly in one direction here,” the report said.

"Conservatives more likely to view immigrants as 'costly to society'" This is the constant, ever present concern for the conservative ideology: cost! Nothing else really matters much! Not the environment, not social inequalities, not lack of truly universal healthcare/pharmacare, not poverty, not better access to education, just fewer taxes (and thus cuts to services to the public, but that is not emphasized) and more profits for corporations and the wealthy!

It's ironic considering that

It's ironic considering that right-leaning voters are the ones that triggered the waves of mass immigration in the first place. I suspect the parties on the right are self-aware of their own failed growth policies; they took in newcomers because they needed the numbers, and not for actual social good.