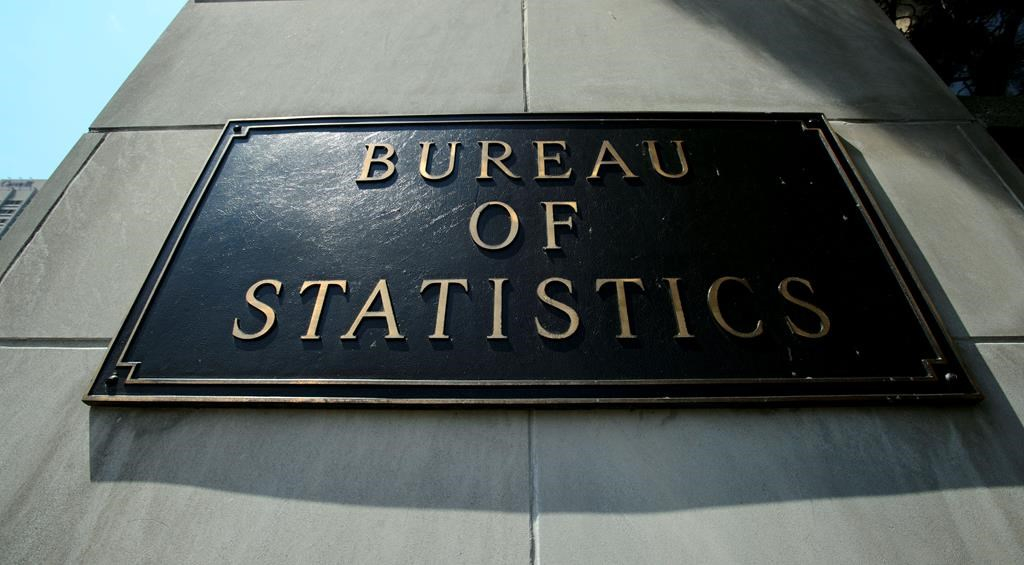 A Statistics Canada sign is shown in Ottawa on Wednesday, July 3, 2019. File photo by The Canadian Press/Sean Kilpatrick
Previous story

The incomes of Canada's top one per cent grew at a faster pace than everyone else in 2017 — and, overall, they saw their taxes edge down, a new study says.

Statistics Canada has found that in 2017, the average total income of all tax-filers rose 2.5 per cent to $48,400 compared to the previous year. The average income growth of the bottom half of tax filers increased 2.4 per cent to $17,200.

And the biggest surge in income growth was seen by those who made even more money.

The explanation is likely related to efforts by the country's highest earners to avoid paying even more taxes in 2016 when the federal government introduced a new top tax bracket, the report said.

Behind the data, the authors identified a 2016 drop in the amount of income generated from dividends, a change that coincided with the implementation the new tax bracket on earnings over $200,000.

"They may have taken dividends early to reduce their overall tax burden," the study said.

The report's release comes with the federal election campaign in full swing — and political pledges on taxes and helping regular folks with their finances have been prominent.

In 2016, the Liberal government increased the tax rate on income in the highest bracket. But the Statistics Canada report says that, even with the boost, taxes declined for those with the highest incomes because of reductions at the provincial level, especially in Quebec.

At the federal level, the report says, those in the top one per cent have been paying higher taxes since the government created a fifth tax bracket in 2016, which nudged the effective tax rate of people making the most money to 18.8 per cent from 18.4 per cent.

The overall effective tax rate, however, for those in the top one per cent declined to 30.9 per cent in 2017, down from 31.3 per cent the year before, the study says.

By comparison, all individual taxpayers, on average, saw an effective tax rate of 11.4 per cent in 2017, while families paid a rate of 12.2 per cent.

Families with kids, with incomes near the median, saw a lower federal rate because of a slight boost from enhanced tax-free child benefits, the report said.

The effective tax rate in the study is calculated by tallying the taxes paid at the federal and provincial levels, as well as employee contributions to employment insurance and to the Canada and Quebec pension plans.

During the election campaign, major political parties have announced packages of tax credits and reductions, mostly directed at families.

For example, Conservative Leader Andrew Scheer announced a $6-billion plan to gradually lower income taxes — to 13.75 per cent from 15 per cent — over several years for the lowest federal bracket, which is applied on income between $11,809 and $47,630.

Liberal Leader Justin Trudeau promised to make the first $15,000 of income tax-free for people making $147,667 a year or less.

NDP Leader Jagmeet Singh has pledged to raise the top marginal tax rate by two percentage points to 35 per cent. Singh has also vowed to introduce a one-per-cent annual wealth tax for Canada's "super-rich millionaires" — those worth more than $20 million.

The vast majority — or 92.1 per cent — of those in the top one per cent in 2017 lived in Ontario, Alberta, Quebec or British Columbia.

Women made up 24.2 per cent of earners in the top one per cent, up from 23.9 per cent the previous year — and more than double their proportion in 1982.

This report by The Canadian Press was first published Sept. 25, 2019.

Everybody has heard one or

Everybody has heard one or more of the cynical sayings; "Them as has gets", "Money begets money," ad nauseum and the end point of all this kowtowing to the super rich is that we achieve oligarchy, plutocracy and worst of all kleptocracy, leaving everyone else groveling in the mud and being ground under the heels of feudal, fascist, criminal gangs.

Democracy is supposed to prevent this - but these days democracy is equated to leftist, socialist, commie conspiracies. The 1%ers are fomenting revolution from the top down, it is the inevitable consequence of oppression.