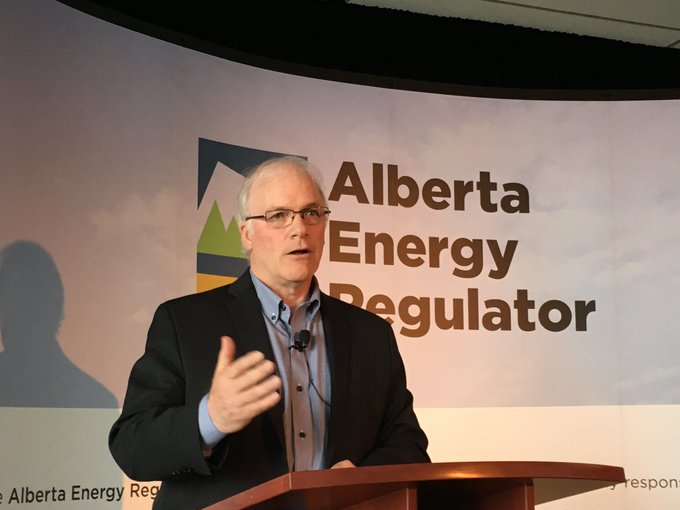 The allegations of wrongdoing revolve around the now-shuttered International Centre of Regulatory Excellence (ICORE), an external entity set up and operated by the AER with the intention of training energy regulators around the world. It’s alleged that Ellis used AER resources to create ICORE ⁠— an organization that had “negligible” benefit to the AER, the auditor general found ⁠— so that he and his senior staff could make money running the organization after leaving the AER..

The relationships between ICORE, the AER and the people running them were complex, and the three investigations all found attempts to obscure and hide information about what was going on. The investigations also found evidence of a “culture of fear” at the AER, where employees felt they couldn’t speak out.

Each report did make recommendations to prevent similar incidents from happening again, but the Alberta government isn’t required to implement them.

The reports were released simultaneously. In a press release, the public interest commissioner’s office said "all three officers deemed it in the best interests of both Albertans and all parties involved to release their respective reports at the same time.”

Here’s what you need to know.

The AER is the public entity in charge of ensuring that oil and gas development is economically and environmentally sustainable. The agency is mostly run by a team of executives, but it reports to the Government of Alberta and has a board of directors that oversees its general direction.

Before he retired, Ellis had been the president and CEO of the AER since 2013, when it was created.

ICORE, on the other hand, is a bit harder to define. It started off “quite legitimately” in 2014 as just CORE ⁠— Centre of Regulatory Excellence, an internal attempt by Ellis to train AER staff to become a world-class regulator, the Alberta ethics commissioner found.

Over time, Ellis and his team added the ‘I’ for ‘International’ and made it an external organization, first as a for-profit corporation and then a non-profit ⁠— with Ellis as the sole director ⁠— that would generate revenue by training officials from other countries. Text messages from Ellis’ phone indicated that he planned to leave the AER once ICORE was up and running, give himself a six-figure salary as the head of ICORE and ensure the same for his senior staff, the ethics commissioner found. In one text message, staffer Zeeshan Syed suggested Ellis take an annual salary of $650,000.

“The primary motivation behind ICORE not-for-profit was to provide future employment for Mr. Ellis and others,” said the ethics commissioner’s report.

Later, the AER and ICORE had a memorandum of understanding ⁠— also known as an agreement ⁠— which allowed AER employees to do work for ICORE, with costs meant to be reimbursed either through ICORE training programs or cash. Ellis also created a project within the AER to support ICORE’s operations, which meant a significant amount of resources were being diverted to ICORE.

Later, Ellis explored the idea of licencing AER software to ICORE so that ICORE could sell it to other countries. He also unsuccessfully asked the federal government for $30 million over three years to fund ICORE’s executive salaries and operations.

AER staff tried to hide what they were doing with ICORE

All three investigations found that AER staff tried to keep their activities with ICORE hidden.

“I looked at my ICORE email. Absolutely nothing there. We did a good job using phone and text to discuss things,” wrote Ellis in one November 2018 text, after the investigations had already begun.

The ethics commissioner also said that, after the investigation began, Ellis wasn’t truthful about his intentions.

“(Texts recovered from Ellis’ phone) were crucial to my findings as they show a different scenario than that espoused publicly and under oath by Jim Ellis and others,” the report read.

“In my view, the candid texts portray the truth more than the position taken by Mr. Ellis.”

After whistleblower complaints prompted the investigations in 2018, Ellis tried to figure out the identity of the person or people who sent in the tips.

In one text, Martin Kresalek ⁠— a “close confidante” of Ellis at the AER, according to the ethics commissioner ⁠— said he would “crucify” a person he suspected of being the whistleblower.

“Legislation is designed to protect the identity of the complainant,” the ethics commissioner’s report said. “In this case, there is good reason to do so… It appears to me that Jim Ellis expected absolute loyalty, and if he had for certain known the name of the ‘whistleblower,’ that there would have been retribution against that person.”

Red flags, then the investigations

Various people raised red flags about the relationship between the AER and ICORE as far back as 2017. In February, staff at the auditing firm Deloitte, which had been helping set up ICORE, expressed concerns about Ellis having a conflict of interest.

A year later, the AER’s house lawyers had started refusing to do work on ICORE.

“I have tried to delegate down ICORE related project tasks down only to have it delegated back up for reasons I will share in person,” wrote Patricia Johnston, then the executive vice-president of law at the AER, in a text to Ellis. “This file has been the most stressful, difficult and unenjoyable I have encountered in a long time.”

Though the AER board and the office of then-energy minister Margaret McQuaig-Boyd were aware of ICORE’s existence, Ellis and his staff didn’t make it clear what they were doing, the ethics commissioner found. In August 2018, both the minister and the board started asking more questions, but Ellis didn’t divulge his role as head of ICORE and his plans to work there after leaving the AER.

At about the same time, a series of whistleblower complaints touched off the three independent investigations. The ethics and public interest commissioners received the same whistleblower’s complaint in 2018, with the public interest commissioner’s office saying it started probing the issue in early October of that year. The auditor general received its complaint in August 2018.

Ellis was notified of the investigations in early October 2018. In November, he announced that he’d retire in January 2019. “This is very disappointing for me personally as it might impact my relationship with ICORE initially going forward. You can't mention this to anyone as there are lawyers involved. Fuck,” wrote Ellis in a text after he found out about the investigations.

The three offices that investigated ICORE all have different oversight roles in government, so even though their reports overlap, they also have separate focuses. All investigations were intensive ⁠— the auditor general’s office, for example. interviewed 50 people and reviewed thousands of documents, including text messages.

The ethics commissioner found that Ellis had breached conflict of interest law. The auditor general found evidence of systemic oversight failures at the AER, and the public interest commissioner found “serious and significant wrongdoing” happened on Ellis’ watch.

ICORE ate up millions of dollars of public funds

AER staff inconsistently tracked how much funding was going into ICORE, the auditor general found. The investigation found that the total financial impact of ICORE on the AER was likely about $5.4 million. Of that, the AER has recouped $3.1 million.

The auditor general also found that ICORE-related travel costs were enormous, with Ellis alone expensing $52,000 from January 2016 to November 2018 and a VP racking up $148,000 in the same time period. They often flew business class, and were generally “not cost-effective,” the report said.

The public interest commissioner has said the travel expenses ⁠— plus the cost of using employees on AER payroll to ICORE work ⁠— amount to “gross mismanagement of public funds.”

The auditor general’s report recommended that the AER try to recover more of the money lost.

Earlier this year, the AER filed a lawsuit against ICORE, alleging that ICORE hadn’t paid $2.67 million in bills.

Ellis and many of the staff involved in ICORE no longer work for the AER. ICORE itself has been shuttered, and the AER severed its relationship with the non-profit late last year.

The ethics commissioner recommended that the AER do an internal investigation to see if any employees involved in ICORE violated the agency’s rules. That report also recommended measures to create stronger oversight for publicly-funded agencies.

The auditor general and the public interest commissioner emphasized, among other things, the need for education about the protections available for whistleblowers.

“ICORE-related activities at the AER provide a case study of how controls can be overridden, public money can be wasted and harm can befall an organization when potential conflicts of interest are present, and weak processes exist,” the public interest commissioner found.

“The ICORE situation provides important lessons about how controls can break down when those charged with oversight fail to heed the warning signs and improperly assess systems and risks.”

The AER is also already under review ⁠— last month, the United Conservative-led Alberta government announced it would be looking to remove red tape from the regulator’s processes.