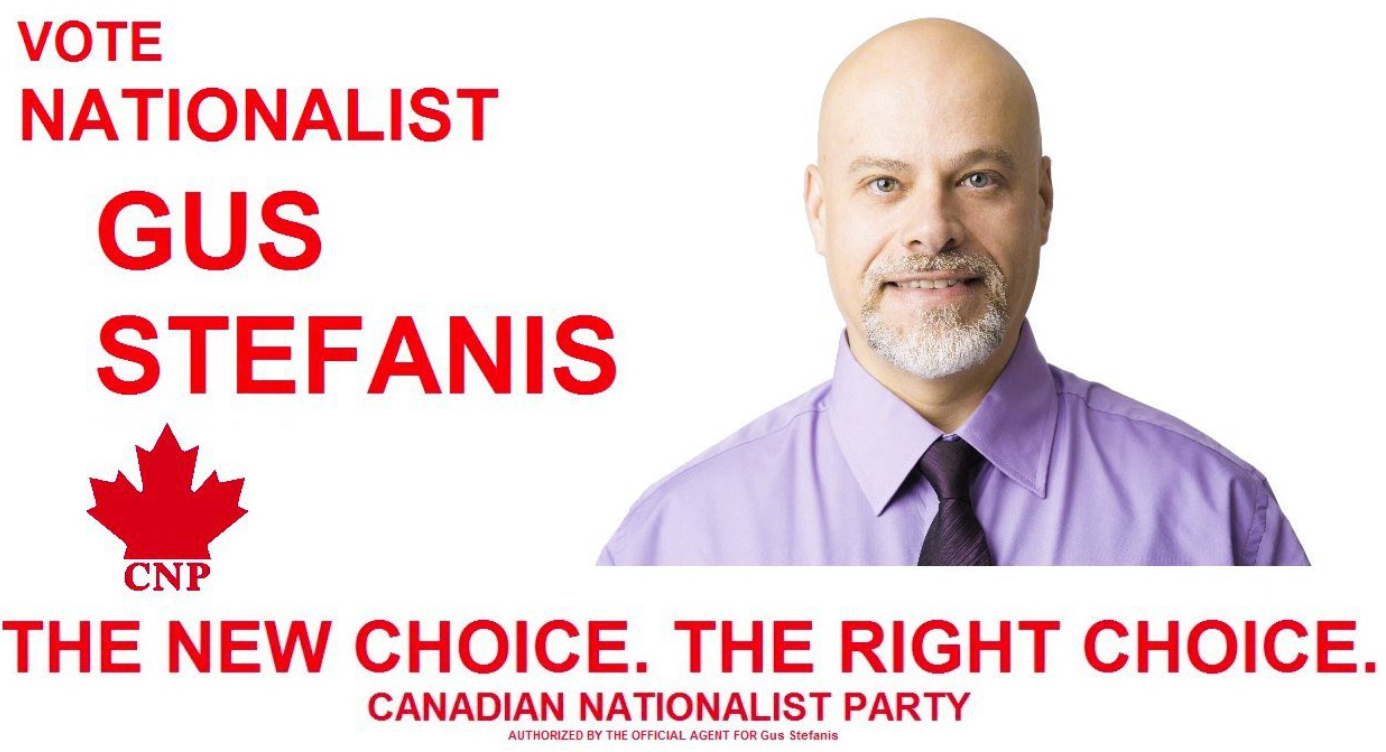 A campaign ad for Gus Stefanis, a candidate for the white-nationalist and anti-LGBTTQ+ Canadian Nationalist Party. Photo from Twitter
Previous story
Next story

Twitter sold ads to a federal election candidate for an explicitly white-nationalist and anti-LGBTTQ+ political party, National Observer has learned.

The Canadian Nationalist Party says it wants to “maintain the demographic status of the current European-descended majority” and that a "society that celebrates homosexuality is a society that will soon no longer exist.” In June, RCMP in Saskatchewan opened an investigation into the party’s leader, who used an anti-Semitic slur in a video and claimed a “parasitic tribe” controls banking and media in Canada — a reference to an anti-Semitic conspiracy theory. (The party denied committing hate crimes, and later denied the video was about Jewish people.)

Gus Stefanis, the party’s candidate in the Toronto riding of Scarborough-Guildwood, bought two ads on Twitter in the past week, one of which was used to solicit donations, the platform’s ad library shows. He did this despite not having gone through Twitter’s verification process for political ads.

One of the promoted tweets was pulled for violating Twitter’s ad policies and isn’t visible anymore. The other, which received a sparse number of likes and retweets, urged readers to send e-transfers to Stefanis through an email address.

Twitter Canada spokesman Cam Gordon declined to answer questions about why Twitter allowed Stefanis to post a political ad despite the fact he hadn’t been authorized to do so, and whether promoting the party’s policies would violate Twitter’s rules against content from hate groups. He also didn’t answer questions about why one of Stefanis’ tweets was removed, and what that post said.

"After further review, we have halted advertisements from running until the organization and its candidates undergo our thorough certification process," Gordon said in an emailed statement Wednesday morning.

The same day Stefanis’ ad was posted, Oct. 4, Twitter was criticized for taking nearly $1 million in ad money from an American anti-immigrant group the Southern Poverty Law Center has identified as having made racist statements. In recent years, social media giants Facebook, Twitter and Google have faced mounting criticism over their failure to moderate extremist content and misinformation on their platforms.

“Social media companies are morally bankrupt when it comes to this issue,” said Evan Balgord, executive director of the Canadian Anti-Hate Network, referring to the sale of ads to extremist parties.

“Social media companies are morally bankrupt when it comes to this issue,” said @ebalgord. #cdnpoli #elxn43

“I’m not surprised that (Twitter would) run these ads and not respond to questions about it.”

Twitter has recorded ads on its platform in its Ad Transparency Centre since 2018, but in response to Canada's new regulations, the site tightened its rules. Since August, it has required anyone who wants to post Canadian political ads to go through an identity-verification process. It also started publishing more information about each political ad, including the cost, who paid for it and how many people it reached.

However, neither Stefanis nor his party is on Twitter’s list of accounts that are authorized to run Canadian political ads during the election. Because Stefanis’ promoted tweet wasn’t categorized as a political ad, Twitter didn’t publish the amount he spent on the post and how many people saw it.

‘We have an issue here’

In August, the Canadian Nationalist Party was granted official party status from Elections Canada after meeting the agency’s requirement of having 250 documented members. In general, parties’ ideologies aren’t checked as part of that process.

The party, founded in 2017, is only running three candidates. It appears to be mostly driven by leader Travis Patron, who’s based in a small town in Saskatchewan.

After the party received official status, meaning its list of members is now public, a group called Anti-Racist Canada published their names.

“We have an issue here,” Balgord said. “Now that (the Canadian Nationalist Party) is registered as a political party, they can demand airtime, demand advertising space.”

Balgord said Canada's current laws that could be used to hold social media companies to account should be upheld, and strengthened with harsher penalities. He also said Canada's election law should be amended to keep extremist parties out of the mix. Regardless of which party wins the Oct. 21 federal election, he added, it’s crucial for elected officials to make changes.

“We need laws to hold social media companies to account for allowing them to promote content that willfully promotes hatred,” Balgord said. “I think all parties will want to address this.”

Editor's Note: This story was updated at 10:21 a.m. on Oct. 9, 2019 to include a new statement from Twitter. It was also updated at 12:55 a.m. to correct that it was Anti-Racist Canada, not the Canadian Anti-Hate Network, which published the names of Canadian Nationalist Party supporters, and to clarify Evan Balgord's stance on what legislative reform is required.

This week in climate inaccuracy: the two airplanes