Unemployment down to near four-decade low 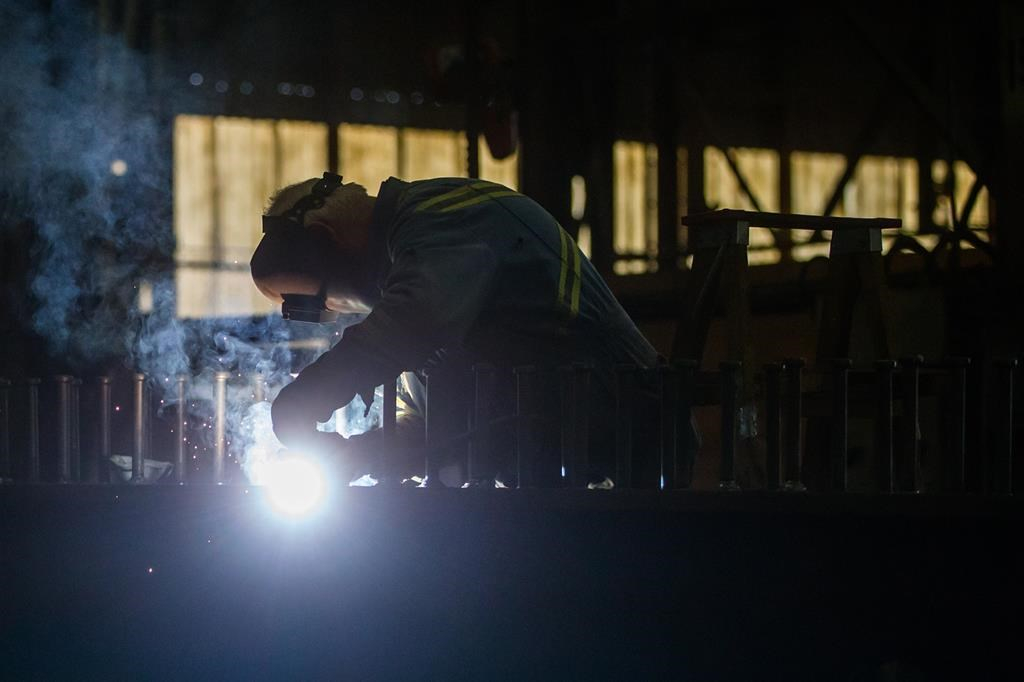 Canada's unemployment rate nudged down to a near four-decade low last month as the economy added more jobs than analysts expected — dropping an economic figure into a tight electoral race, and warnings from economists that things may not be as rosy as they seem.

The numbers surpassed analysts' expectations of a gain of 10,000 jobs, according to financial markets data firm Refinitiv, after an August jump of 81,000.

The national statistics office said September's jobs growth was largely concentrated in an expansion of public-sector staff and self-employed workers. The report also said 70,000 of the new jobs were full-time, as the number of part-time workers declined.

The survey also said that young workers aged 15 to 24 years old saw drops in the ranks of full- and part-time workers, inching their unemployment rate to 11.9 per cent — not all that dissimilar from the same time one year ago.

"Canada's labour market has really been on a tear over the last year — job growth has been very strong," said Josh Nye, senior economist with RBC Economics.

"Unemployment is low, wages are starting to pick up. Wage growth was really the missing ingredient in what looked like a pretty strong labour market backdrop last year."

Even though year-over-year private sector jobs were up, the month-over-month numbers for private-sector employment were down by 21,000. More health-care sector and education workers drove overall job gains.

Stephen Brown, senior Canada economist with Capital Economics, said the growth in public services and self-employment may suggest the economy is not as dynamic as the high-level numbers make it out to be.

"It's still an encouraging thing that unemployment is falling, and certainly it suggests we're not on the cusp of a serious downturn in the economy," Brown said.

"But it's maybe not quite what we would want to see if we could have our ideal jobs report."

BMO chief economist Doug Porter said that despite the rock-solid growth in job numbers over the last year, the broader economy remains lacklustre with year-over-year GDP growth crawling along at 1.3 per cent.

"We're getting the jobs gains, but it's not really translating into the big gains in spending or the broader economy in terms of overall output gains," Porter said.

"So I wouldn't say the overall picture is entirely rosy, but it's still I'd regard as encouraging that we're continuing to churn out job increases."

Avery Shenfeld, chief economist with CIBC Capital Markets, said in a note that the low jobless rate will likely cement the case for the Bank of Canada to hold its trend-setting interest rate in the short-term.

But he warned that economists will keep an eye towards any data over the rest of the year suggesting a global slowdown is lapping up on Canada's economic shores.

With days before voting day, the federal Liberals pounced on the high-level numbers to push their re-election bid. Likewise, the Ontario Progressive Conservatives — whom Liberal Leader Justin Trudeau has used as a foil during the federal campaign — also took credit for the 41,000 jobs created in the province in September.

In an online analysis of labour force survey data for the Canadian Centre for Policy Alternatives, economist Jim Stanford wrote the job market has fared well during the Trudeau Liberals' time in office, although didn't do as well on two measures — the employment rate and job creation rate — as Jean Chretien's Liberal did during his terms as prime minister.

Stanford, the Harold Innis Industry Professor of Economics at McMaster University, wrote that federal income-support programs like the Canada Child Benefit among other measures have contributed to the labour market performance.

This report by the Canadian Press was first published on Oct. 11, 2019.