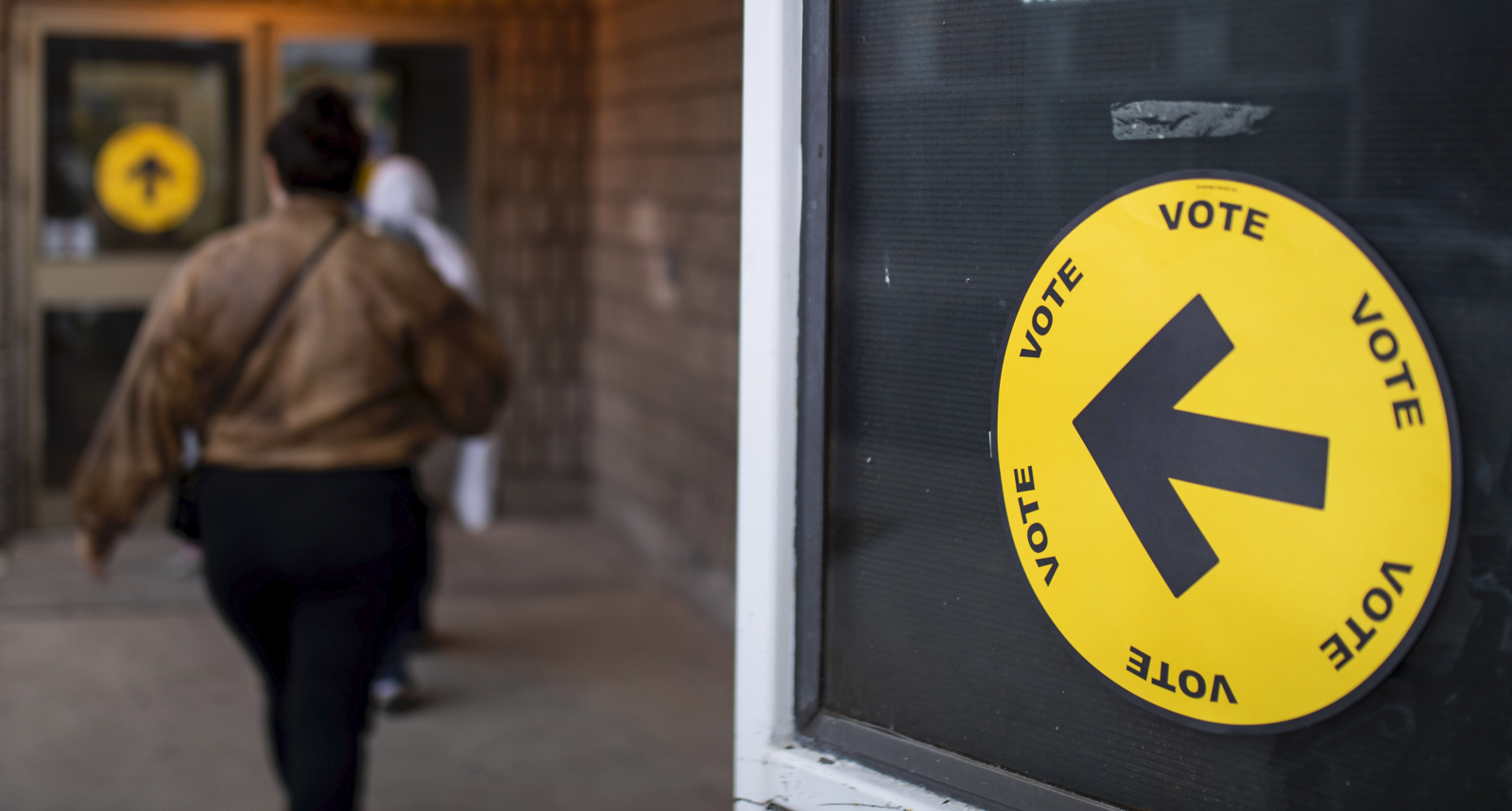 A sign pointing towards a polling station during Canada's federal election on Oct. 21, 2019. Photo by Nick Iwanyshan
Previous story

British Columbia could play a pivotal role in the formation of the next federal government, with four political parties locked in a battle for the ballots of voters across the West Coast province, where pipeline politics, Indigenous relations and housing affordability are all in sharp focus.

With the separatist Bloc Quebecois eating into the vote-getting of national parties in Quebec and a tight race in Ontario, results from the third-largest province by population and the last to close its voting stations could prove pivotal, political analysts and polling numbers suggest.

The Liberals are on track to win the most seats across the country, but do not appear on track for a majority, meaning the fierce three- or even four-way battles going on in many of British Columbia’s 42 electoral ridings will be pivotal.

B.C. could prove particularly decisive this time around since neither Liberals nor Conservatives look dominant in the sprawling area of southern Ontario known at the “905”, said Lydia Miljan, an associate professor of political science at Ontario’s University of Windsor.

“That's where B.C. really comes into play because there're so many unknowns and three-way races in that region,” she said.

She said the Liberal government's decision to purchase the Trans Mountain pipeline was particularly contentious in B.C., where the Greens enjoy strong support, and that the NDP seem to have been able to take the most advantage.

“They really challenged the governing Liberals on their moral authority to deal with this file,” she said.

Meanwhile, Conservative attacks on the federal carbon price have less impact in B.C., she said, since it has not been applied there given the provincial government first imposed a price on pollution back in 2008, which has made gasoline much more expensive in the province than elsewhere in Canada.

But the high cost of living in B.C. more generally is a hot-button issue, with Vancouver suffering from an overheated housing market.

The provincial government has announced it will invest over $7 billion in housing over ten years, but the present cost of living remains unattainable for many people. The MNP consumer debt index found almost half of British Columbians are $200 or less away from insolvency at the end of each month. And, as the Tyee reported, the Liberal government has not made any specific Indigenous housing strategies to address overcrowding, unaffordability or homelessness.

There is a fierce three- or even four-way battle going on in many of British Columbia’s 42 electoral ridings, and the formation of the next federal government could rest on which way they fall.

The NDP has said it wants to build 500,000 new units of affordable housing and to target the speculation and money laundering that is suspected of fueling runaway housing prices in Vancouver and elsewhere, while the Conservatives propose to extend the maximum mortgage amortization period to 30 years for first time buyers, which critics say could actually prompt homebuyers to spend even more.

The NDP has surged in recent polling in B.C., and is projected to win 14 seats in the province, according to CBC’s Poll Tracker, while the Conservatives, who draw most of their support from B.C.’s Interior, have slipped slightly and are expected to win 17.

(Interestingly, the Conservatives do not hold a single seat in the provincial legislature, where a minority NDP government is propped up by support from the Greens).

The Liberals look set to win nine seats and the Greens are on track to take two, according to the aggregate of all publicly available polling data.

Two of the federal party leaders, the NDP’s Jagmeet Singh and the Greens’ Elizabeth May, hold seats in the province they are expected to retain, but many of the other projections are fraught with uncertainty.

In Vancouver-Granville, for example, former Liberal attorney general Jody Wilson-Raybould is running as an independent, after she was booted from the party after complaining of undue pressure to go easy on engineering company SNC-Lavalin over corruption charges.

Both the NDP and the Conservatives polled decently in the riding in 2015, with both claiming more than a quarter of votes (compared to Wilson-Raybould’s 44 per cent). It is feasible that voter loyalty gets split between Wilson-Raybould and the candidate the Liberals put forward to challenge her, tech entrepreneur Taleeb Noormohamed.

The SNC-Lavalin controversy was seized on by Conservative Leader Andrew Scheer, who has sought to make it one of the subjects of a referendum on the leadership of Prime Minister Justin Trudeau.

The Liberals in 2015 only won the seat by six percentage points over the NDP, which is bringing back veteran Svend Robinson, who represented three now-dissolved Burnaby ridings between 1979-2004.

The Conservative candidate, Heather Leung, remains on the ballot but lost the support of the party earlier this month after homophobic comments she made in 2016 came to light.

Bob Chamberlin, the vice-president of the Union of B.C. Indian Chiefs, hopes to unseat Green MP Paul Manly, who joined party leader Elizabeth May in Ottawa after winning a by-election on May 6.

But Chamberlin says turn-out was low in the by-election, and he hopes their riding, Nanaimo-Ladysmith, will choose NDP this time around.

“There were a significant amount of people who took a pass,” he said, adding that the environment is a “a massive topic” in the riding, and he’s trying to convince voters that the NDP’s climate action plan is “doable and reasonable.”

Meanwhile, Liberal candidate Michelle Corfield is defending the Liberals’ targets and citing her party’s experience, despite Manly and Chamberlin leading in popularity.

“Paul Manly can have the wildest dreams he wants, but the chance they’re going to influence a decision is far removed compared to somebody sitting in caucus, and perhaps sitting in cabinet, and having decision-making authority,” she said.

She said the Liberals are on track to exceed their climate targets, and emphasized the Liberals’ investments in science and the Department of Fisheries and Oceans, which were cut in the Harper years.

The fact that there are three options for more progressive voters in that riding to choose from could also split the vote and provide room for Conservative candidate John Hirst.

The province features coastal ridings where environmentalism runs strong, home to much of the Greens support and strident opposition to pipelines, but also interior ridings that tend to vote Conservative, including some that surround the Metro Vancouver area like Abbotsford, Chilliwack-Hope, and Langley-Aldergrove.

The Liberals have put in place a moratorium on increased tanker traffic off the coast, and announced measures to protect resident orcas. But critics argue the protections don’t go far enough, and multiple First Nations and municipalities have filed court challenges to the approved Trans Mountain expansion project.

B.C. has also promised to be the first province to implement the United Nations Declaration on the Rights of Indigenous Peoples, and articles of the declaration have been incorporated into the province's updated environmental assessment act. In a province where few First Nations have treaties, land claims, self-government and jurisdiction remain especially contentious topics.

Trudeau, Singh, May, Scheer, etc: who will it be, Canada?