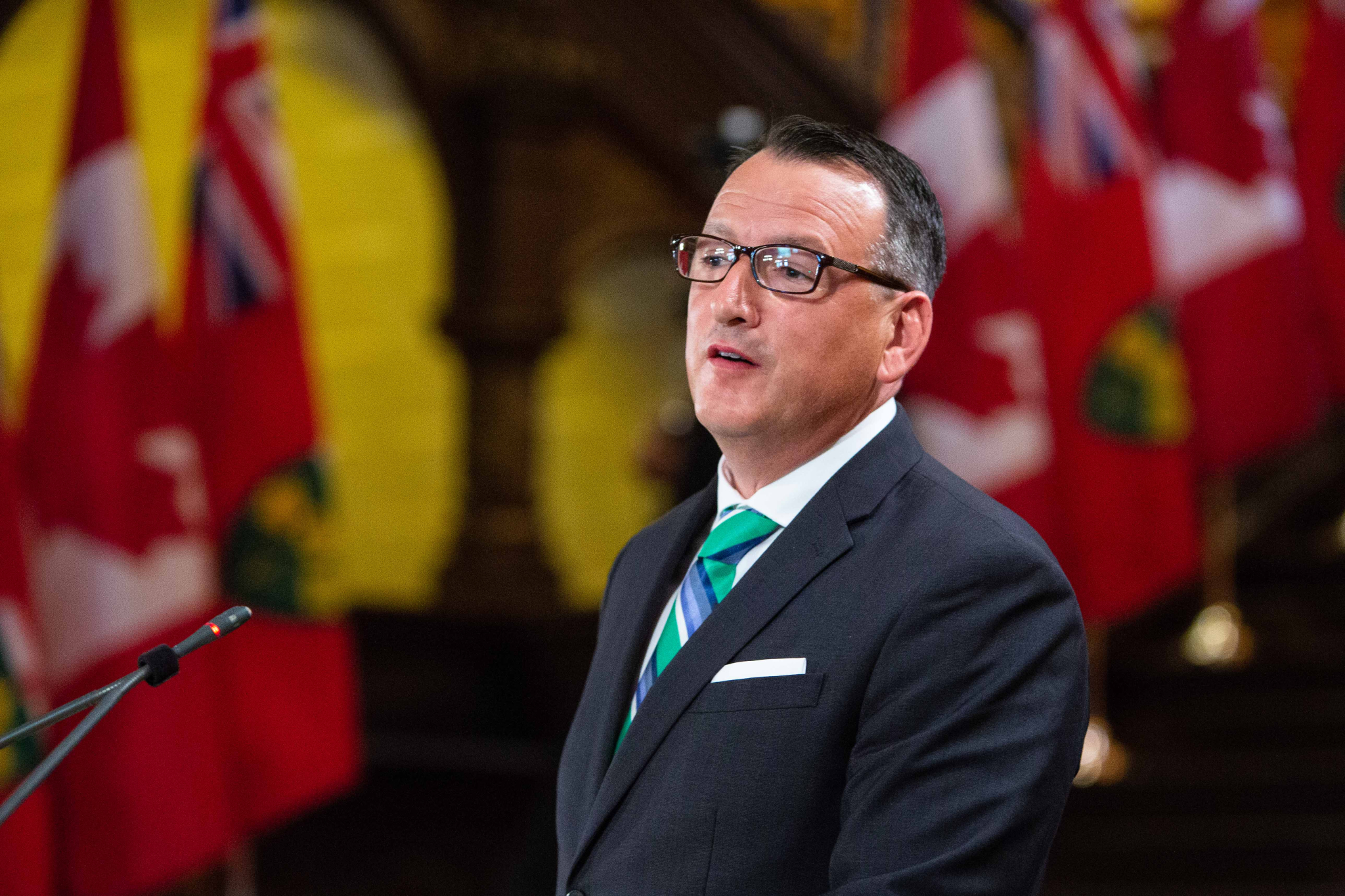 Anti-carbon tax stickers will stay up on gas pumps as "a matter of transparency" while Ontario continues its court fight against the federal levy, the province's energy minister said Monday.

Greg Rickford defended the Progressive Conservative government's controversial decal as a way to provide people with important information on the carbon price, a measure he referred to as "job-killing."

A government law forcing gas station owners to post the stickers came into effect at the end of August, weeks before the start of the federal election, and they will stay up even now that the vote is over, Rickford said.

"The sticker campaign will certainly remain," he said. "We believe that as a matter of transparency consumers have the right to know where those cost pressures are. Look, over the course of time, retailers ... have not hesitated in many instances to put a pie chart on their gas pumps to let people know where those costs are."

The Progressive Conservative government has been waging a legal and public relations battle against the carbon tax since taking power last summer. Their efforts include the new legislation, which threatens to impose a fine of $150 against gas station operators who fail to display the stickers.

Rickford said Monday no gas station owners have yet been fined, and inspectors are currently only issuing warnings.

The stickers have been criticized as forced speech by opposition politicians and Ontario's Chamber of Commerce, who have called on the government to stop the program.

Meanwhile, Premier Doug Ford said in August that voters would determine the fate of the legal challenge on the Oct. 21 federal election. But last week, following the federal Liberals' re-election, the Tories said they would proceed with the court challenge of the tax. Rickford reiterated that commitment on Monday.

The government has earmarked $30 million for its fight against the carbon tax, which includes the legal case it is taking to the country’s top court and the sticker campaign.

A spokeswoman for federal Environment Minister Catherine McKenna said Canadians sent a clear message in last week's election that they expect their leaders to work together on issues like affordability and cutting pollution.

"Canadians know that protecting the environment, growing the economy and making life more affordable go together," Sabrina Kim said in a statement. "That's what they expect, and we will continue to deliver on our commitments."

NDP Leader Andrea Horwath said the government should drop both the sticker campaign and the legal challenge immediately.

Interim Liberal Leader John Fraser said Ford promised to let voters decide and they didn't give him the answer he wanted.

"He killed a plan for climate change and he's trying to kill another one and he has no plan," he said. "That's not helpful to Ontarians."

Green party Leader Mike Schreiner said the Ford government "should just essentially drop this politically motivated lawsuit that he has no hope of winning anyway."

The stickers show the federal carbon tax adding 4.4 cents per litre to the price of gas now, rising to 11 cents a litre in 2022. They do not include information about rebates available to residents.

The carbon tax is expected to cost a typical household $258 this year and $648 by 2022. Residents of provinces with the tax will be getting rebates on their income tax returns that start at $128 annually and increase for people with spouses or dependents at home.

Want to fight carbon tax misinformation? There's a free sticker for that

All the carbon pollution

All the carbon pollution deniers are engaged in exercises in futility that only serve to demonstrate their willful ignorance and desperate clinging to the status quo. Like the buggy whip manufacturers, they are doomed to expire. Unlike those unfortunate whip makers, they are determined to destroy our liveable planet in the process.

It would be interesting for

It would be interesting for the federal government to require additional stickers that remind people that they will get most of this tax back via their income tax ?!