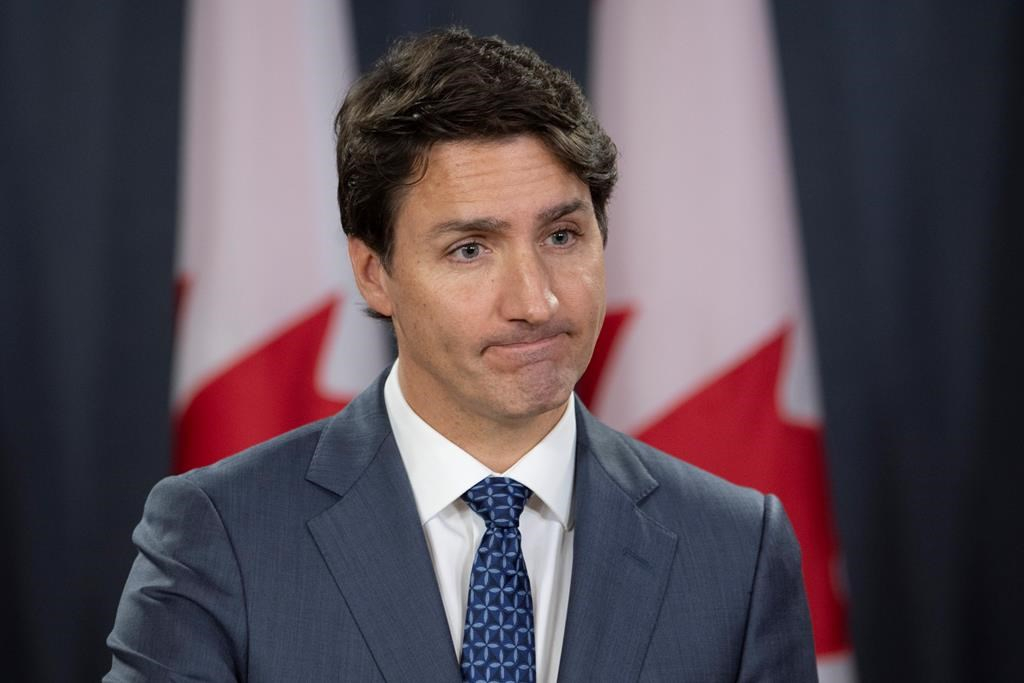 Prime Minister Justin Trudeau said he heard loud and clear the message Canadians sent in the federal election for him to be bolder about climate change action.

Now young Canadians want him to prove it.

Twenty-seven youth with the group Our Time were arrested in the House of Commons on Monday morning after attempting to stage a sit-in to demand a Canadian "green new deal" be the first priority of all 338 MPs elected last week.

They had 338 letters to deliver to the new MPs that listed demands including a cut to emissions in line with international scientific consensus, respecting Indigenous rights, creating good new jobs and protecting the most vulnerable people.

Amara Possian, a campaign manager with Our Time, said in a recent blog post that the first 100 days of a new government are a critical time as the government lays out its plans and priorities. With the Liberals held to a minority, they will need support from other parties to pass legislation and stay in power, which many environment groups see as leverage to push the Liberals to do more on climate change.

Last week Greenpeace launched a 48-hour-long program to drive thousands of emails, phone calls and social media messages to Prime Minister Justin Trudeau demanding quick action to ramp up climate policies. This week, it's Our Time putting on the pressure.

"This is a generational crisis and I've never felt the urgency of anything else in my life," said Agarwal, clutching the trespassing ticket that bars him from returning to Parliament Hill for the next 30 days.

Agarwal said getting arrested was worth it to get the message across.

The protesters gained access to the House of Commons by joining a regular visitors' tour, then sitting down on the floor once and refused to move. Within minutes, Parliamentary security officers forced them to leave. Some protesters were dragged out by their arms, while others were lifted up to their feet and forced to walk out.

The idea of a green new deal comes mainly from Democrats in the United States who introduced resolutions in Congress last winter. The NDP co-opted the term in its campaign rhetoric, and the Green Party described their climate change plan, named "Mission:Possible," as Canada's green new deal.

Dan Woynillowicz, policy director at Clean Energy Canada, said the term "green new deal" may not take hold in Canada because it is too aligned with the United States. But he said if you look at where the Liberals, NDP and Green platforms align on climate change, there are "the makings of an agenda" that cuts emissions deeper and faster, and supports affected Canadian workers through the transition.

In particular, the parties aim to cut emissions in line with what the United Nations Intergovernmental Panel on Climate Change says is needed to keep the world from warming much more than 1.5 C compared to pre-industrial times. Investments in public transit, planting trees, encouraging electric vehicle use and investing in clean energy technologies are all among their common platforms.

Woynillowicz said he expects the Liberals to move quickly on their promised bill to legislate a fair transition for energy workers because that could help generate some good will in western Canada for climate action. Beyond that, the promised legislation to set five-year emissions targets and report publicly on progress would also be expected early, said Woynillowicz.

A spokeswoman for Environment Minister Catherine McKenna said the Liberals recognize more needs to be done on climate change.

"Young people are pushing their governments for a more sustainable future," said Sabrina Kim. "We hear them, and all of the Canadians who sent a clear message this election that tackling climate change is a clear priority that they want this Parliament to work on."

NDP Leader Jagmeet Singh tweeted support Monday for the Our Time protesters, as did several of his MPs.

Trudeau says he heard the

Trudeau says he heard the demand of the electorate for real climate action.
Now he needs to catch up with actual realities, and understand that postponing is not OK, and that we haven't come close yet to the warming that's already "locked in" by emissions that have already happened. Somehow no one seems to point out that the date of emission is not the date the climate change effects register: there's a delay of decades. We've already determined by our actions that it will be for several decades hotter, windier, with heavier rains and more flooding, even if we had a magic wand that could stop emissions altogether at midnight tonight.
So either he's ignorant (highly probably given some of his antics), or he's gullible (donations can be charming, I guess), or he's just cynically lying through his teeth -- and that can't be rejected out of hand, given all the goings on of the last four years.
However it goes, someone needs to tie him down and force feed him some facts.