Corrosive water is a key reason behind dangerously high levels of lead. There’s a way to fix it 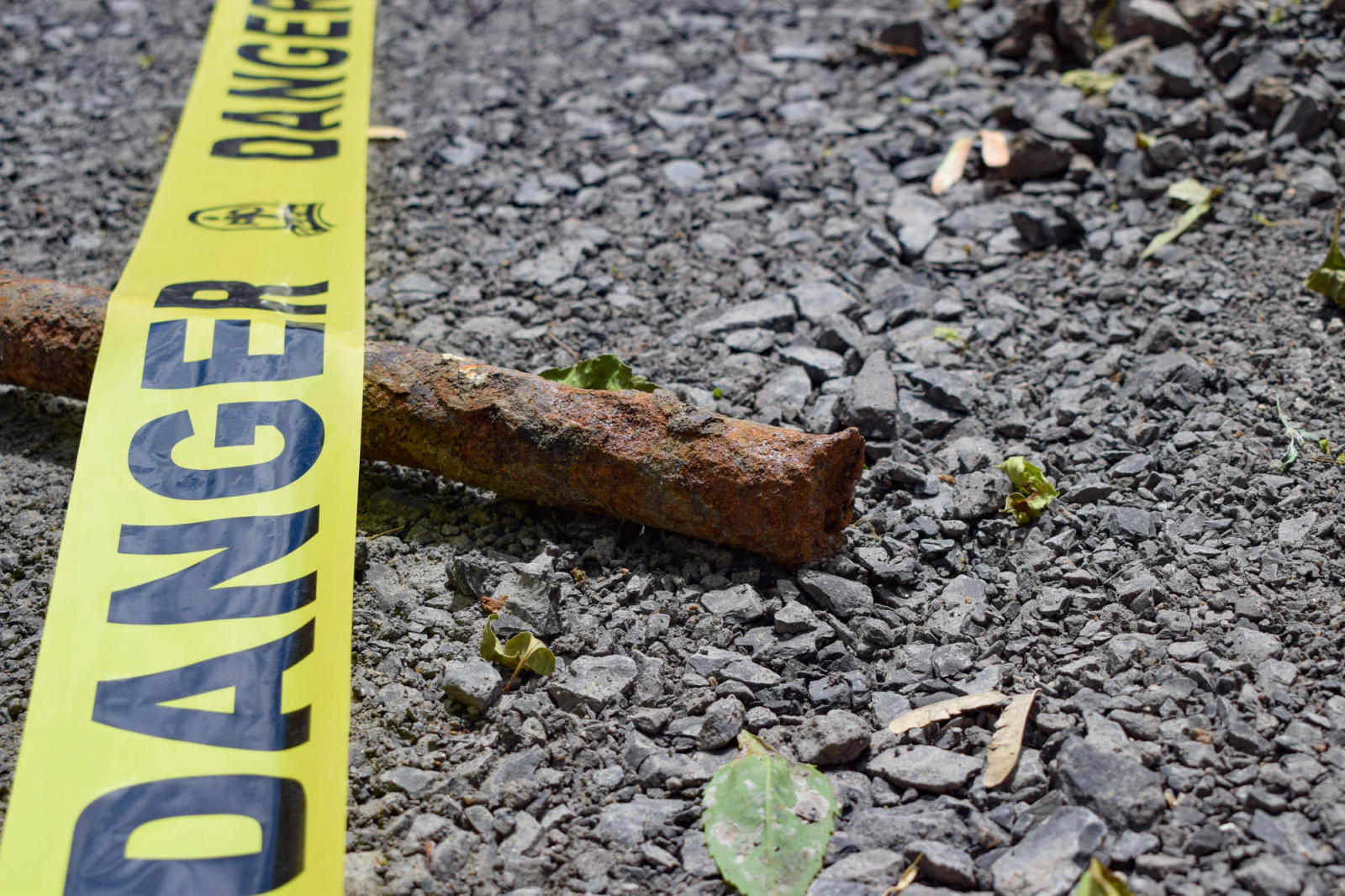 A corroded pipe and caution tape seen in Laval, outside Montreal. Photo by Jacques Mathurin
Previous story
Next story

As part of an investigation into the safety of drinking water by a national coalition of media organizations and journalism schools, including the Toronto Star and the Institute of Investigative Journalism, as well as National Observer, reporters recently tested St-Onge’s tap water and discovered a lead level of 16.1 parts per billion — triple the national safety guideline of 5 ppb.

That finding is among thousands of lead test exceedances gathered by the investigation across Canada that show dangerous levels of lead, a neurotoxin that can impact childrens’ IQ and behavioural development, cause prenatal growth abnormalities and is an established risk factor for hypertension, chronic kidney disease and tremors in adults.

While cities like Toronto, Quebec City and Ottawa have all opted to treat their water to reduce corrosion in water mains and homeowners’ plumbing, the City of Montreal has historically focused on replacing the 52,000 remaining lead service lines spread across its jurisdiction. Meanwhile, at least 250,000 Montrealers are at risk of consuming the toxin at levels exceeding the Health Canada guideline, public officials say.

Montreal is not alone.

Tap water with a pH level below 7 — an indication of acidity — is a problem across Canada with provinces and communities dealing with it in different ways.

Cities, including Toronto and Quebec City, add chemicals called orthophosphates to their water to form a protective film inside pipes. Ottawa adds caustic soda to reduce the water’s acidity. But only in Ontario are municipalities mandated to implement corrosion control programs.

Canada’s patchwork of provincial water oversight regulations means there is no federal requirement for corrosion control as there has been in the U.S. for large and mid-sized municipalities since 1991.

After the city switched to a more corrosive water source in an attempt to cut costs, the water ate through the city’s aging plumbing, exposing consumers to deadly bacteria and toxins. So far, the crisis has caused at least 12 deaths, along with elevated blood lead levels in children.

Marc Edwards, a water safety expert and professor at Virginia Tech, helped bring the lead contamination in Flint to light after residents contacted him, certain that municipal water was responsible for their health problems.

Lead levels in some Montrealers’ tap water are higher than those found in Flint at the height of the Michigan city’s water crisis, according to an analysis of municipal data obtained by our investigation.

“Montreal is definitively worse,” said Edwards. “The data shows that.”

“The case of Montreal and Flint is so different,” said Chantal Morissette, the city’s director of Water Services. “In Montreal the water is safe. The water that is coming from the drinking water plant is of excellent quality. The water that is in the pipes is excellent. It’s only when it goes through the lead service lines and yes, some of the results were as high.”

When St-Onge’s children were newborns, she says she used tap water to make their formula. Two of her children have been diagnosed on the autism spectrum.

While high lead levels in water can rarely be connected to individual health issues, the investigation’s test results have triggered questions for St-Onge.

The chemical orthophosphate is typically added to the water supply as phosphoric acid, a common food additive found in jam and soda.

Phosphates — a broader category of particles that includes orthophosphate — can be found naturally in meat, dairy products and nuts. Some phosphate is needed in our diets, and experts say the levels added to drinking water wouldn’t have any adverse impacts on people’s health or the water’s taste.

Toronto started to add orthophosphate to its water in 2014. The impact has been dramatic.

In 2008, more than 10 per cent of Toronto’s samples exceeded 10 ppb — reaching as high as a 52-per-cent exceedance rate between June and October. By 2017, when corrosion control was fully in place, less than two per cent of samples from homes and businesses exceeded 10 ppb.

The cost to install the equipment needed to inject orthophosphate at the city’s four water treatment plants was approximately $9 million. Since then, buying the orthophosphate itself has cost between $2 million and $2.5 million annually. It costs an additional $700,000 every year to remove the orthophosphate from the city’s wastewater — which is necessary to prevent blue-green algae blooms downstream.

Edwards calls this money well spent, with most of the benefits going to homeowners.

“Generally speaking, corrosion control is thought to save about $10 for every dollar you spend on it,” Edwards said.

But corrosion control isn’t the ultimate solution to the lead problem, says Bruce Lanphear, a professor at Simon Fraser University and expert on lead toxicity. “The ultimate solution will be to replace lead service lines over time. But that will take years.”

Some water officials say corrosion control isn’t a foolproof solution, even in the short term. Thunder Bay began treating its water with sodium hydroxide in 2018. Still, tests keep coming back above the federal guideline. Adding the chemical helped limit the number of results over 15 ppb; it was less effective for the 10 ppb to 15 ppb range. The number of tests over 5 ppb actually increased, or remained the same, for first- and second-draw samples.

It will never be enough to meet the goal of 5 ppb, says Tony Santos, manager of compliance and quality control with the city of Thunder Bay.

“It is impossible to reach with corrosion control. The only real solution is (lead pipe) removal but people can’t afford to do it. It would take billions across Ontario.”

In B.C., Prince Rupert’s water is especially acidic, with some samples reported by the city showing a pH value as low as 5.6 — a level that would be unheard of in America, said Virginia Tech’s Marc Edwards.

Prince Rupert does not add any pH-boosting substance to its water supply.

When the provincial government revised Prince Rupert’s water operator permit in February 2018, it included a condition that requires the development of “a monitoring program for assessing corrosion in the residential system.”

Prince Rupert is now developing a new water treatment facility to help address its corrosive water problem. In the meantime, the city, as a requirement of their water permit, has told residents to protect themselves by replacing plumbing that may contain lead, installing filters, or flushing pipes until the water runs noticeably colder before drinking.

It also conducted its own lead testing at 65 homes this year in an effort to assess corrosion in the residential distribution system and secondary testing is now underway. Forty one of those houses exceeded Health Canada’s lead guideline.

“Municipalities like Prince Rupert and other small rural municipalities really struggle in terms of their tax base and being able to procure enough funding to...meet all the expectations for all the services that they provide.”

“Many of these voluntary guidelines need to be changed to be standards, to be requirements,” he said. “Corrosion controls should have been implemented 20 to 30 years ago.”

It's too expensive to replace

It's too expensive to replace the lead pipes that are the real cause of this toxicity??? But we can spent billions over a number of years tinkering with the problem, as if adding one more chemical to a chemical problem is the answer???

Just maybe, that is another example of penny wise and pound foolish thinking?

Why not get off the 'better living through chemistry....and chemical additives' bandwagon...........and start transitioning to the new economy? Seems to be a job creation plan to me, and with a progressive tax that expects everyone who benefits from our society to pay a fair, rather than a flat, share back......we have the money.

In states of emergency, in states of war, we find the money. We could easily budget for this retrofit if children's health was as important as corporate profit.

Well said Mary. The cost of

Well said Mary. The cost of health care for injured children growing up with dangerous lead is why they took the lead out of paints so long ago, what took them so long to admit to the lead pipes in plumbing. Surely someone in power knew when these lead pipes were installed and realized the connection. Why does it have to take children getting sick to bring these issues to attention?

Good that we know the facts and I agree it is time for job creation to replace them.

Thank you so much for commenting, Mary. Your last point on this is important.