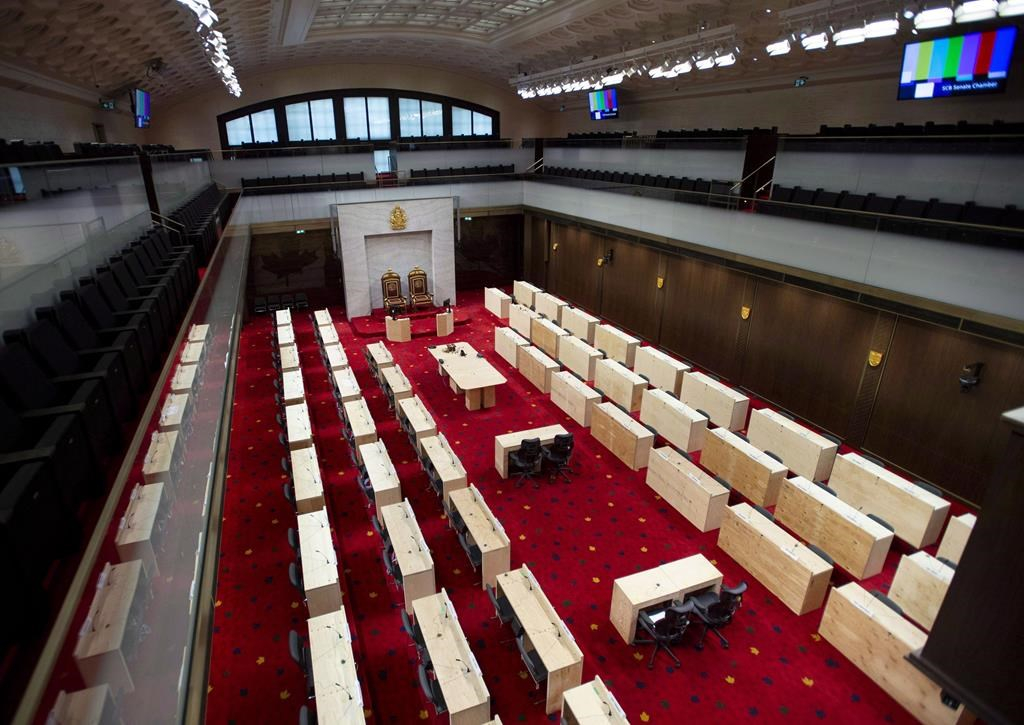 The temporary Senate Chamber at the Senate of Canada Building, formerly the Government Conference Centre, is shown in Ottawa on December 13, 2018. File photo by The Canadian Press/Justin Tang
Previous story
Next story

Eleven Canadian senators are forming a new caucus that aims to make sure regional issues get their due in the upper chamber.

A statement from the newly christened Canadian Senators Group says it was founded to make sure the will of the majority in the Senate does not always trump regional interests.

Regional representation is a growing concern on Parliament Hill after last month's federal election returned the Liberals with a minority government in the House of Commons but without a single seat in either Alberta or Saskatchewan.

Prime Minister Justin Trudeau has been trying to make the Senate less partisan by appointing senators as independents, rather than as members of the Liberal caucus.

The other nine members were all part of the so-called Independent Senators Group.