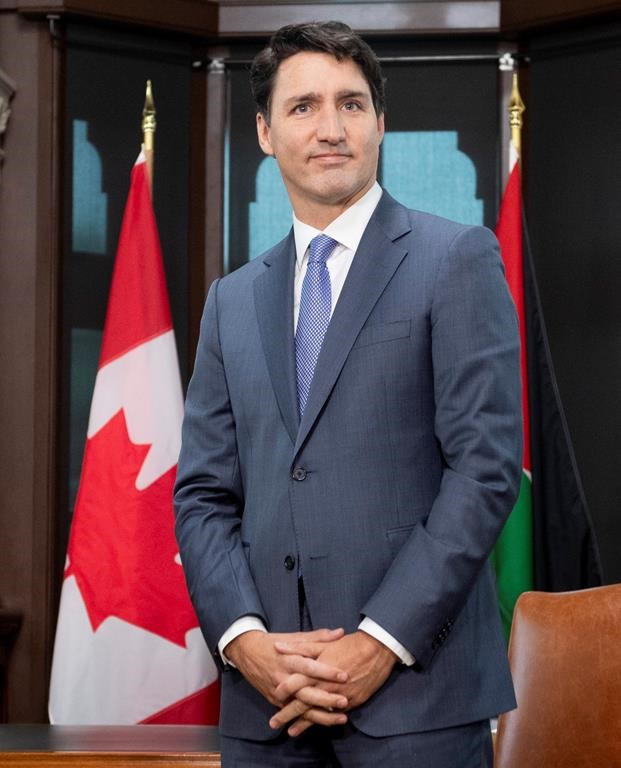 Canadian Prime Minister Justin Trudeau is seen in his office before meeting with King Abdullah II of Jordan on Parliament Hill in Ottawa, on Monday, November 18, 2019. Photo by The Canadian Press/Adrian Wyld
Previous story
Next story

Several environment leaders say Prime Minister Justin Trudeau needs to put action on climate change into the mandate letter of every minister he names to his inner circle.

They also want him to give prominent attention to reducing the anxieties of workers whose jobs are disappearing, possibly even with a new cabinet portfolio dedicated to helping reshape the economy with this transition in mind.

Trudeau is set to unveil his first post-election cabinet Wednesday morning. The shuffle is to be the first sign of the tone Trudeau will set as the head of a minority government that has to balance a climate change emergency with Canada's natural resource-based economy.

"We need to see a very holistic and ambitious approach to tackling our challenges," said Isabelle Turcotte, federal policy director at the Pembina Institute.

That has to include, said Turcotte, making climate change part of the decision-making process in every ministry.

At the same time, Trudeau also has to balance the needs of Alberta and Saskatchewan, provinces which failed to elect a single Liberal MP.

Their economic role in the national picture cannot be ignored, and their premiers have already posed major headaches for Trudeau when it comes to pushing his agenda on the environment forward.

He is also intent on bringing in legislation aimed at creating a "just transition," to ensure the government helps workers in industries hit hardest by climate change.

Catherine Abreu, executive director of Climate Action Network Canada, said she would like to see the transition to a cleaner, greener economy given its own ministry.

"It's clear at this point we need a serious conversation about the future of work in this country," said Abreu.

She said climate action gets blamed by a lot of folks for their job anxieties but the blame can be laid as much on technology and the rise of the "gig economy," where people are paid by the job or hired with short-term contracts rather than with permanent employment.

A just transition is not a small endeavour.

In August, Germany approved a nearly C$60 billion aid package to cushion the impact of its phase-out of coal as a source of electricity by 2038. The German funding includes everything from expanding high-speed internet access and better transportation links, as well as new research institutes and federal government agencies in regions hit hardest by the loss of coal mines and power plants.

Pivotal to Trudeau's decision will be the environment and natural resource portfolios.

Natural Resources is guaranteed to get a new face because Amarjeet Sohi lost his Edmonton seat last month.

The general expectation among both Liberals and environment types, is that Environment Minister Catherine McKenna will also get a new role after spending four years as a punching bag for the anti-climate change lobby to the point where she now sometimes needs a security detail.

"Everyone has that same thought where they almost don't wish it on her," said Turcotte. "We're of course appreciative of the leadership she displayed but she's gone through a lot. That's unfortunate but it's not going to get easier in the next four years for the minister of the environment."

Turcotte said whoever takes on the environment ship going forward has to have "tough" conversations with the energy sector.

New Montreal MP Steven Guilbeault, a longtime Quebec environment leader, is seen as a contender for the environment portfolio but his anti-pipeline stance make him a politically-risky move for Trudeau.

Turcotte said she would love to see Guilbeault take the environment helm but acknowledges there are political considerations for Trudeau with Alberta as well.

By The Canadian Press | News, Politics | November 6th 2019
Race to a Safer World