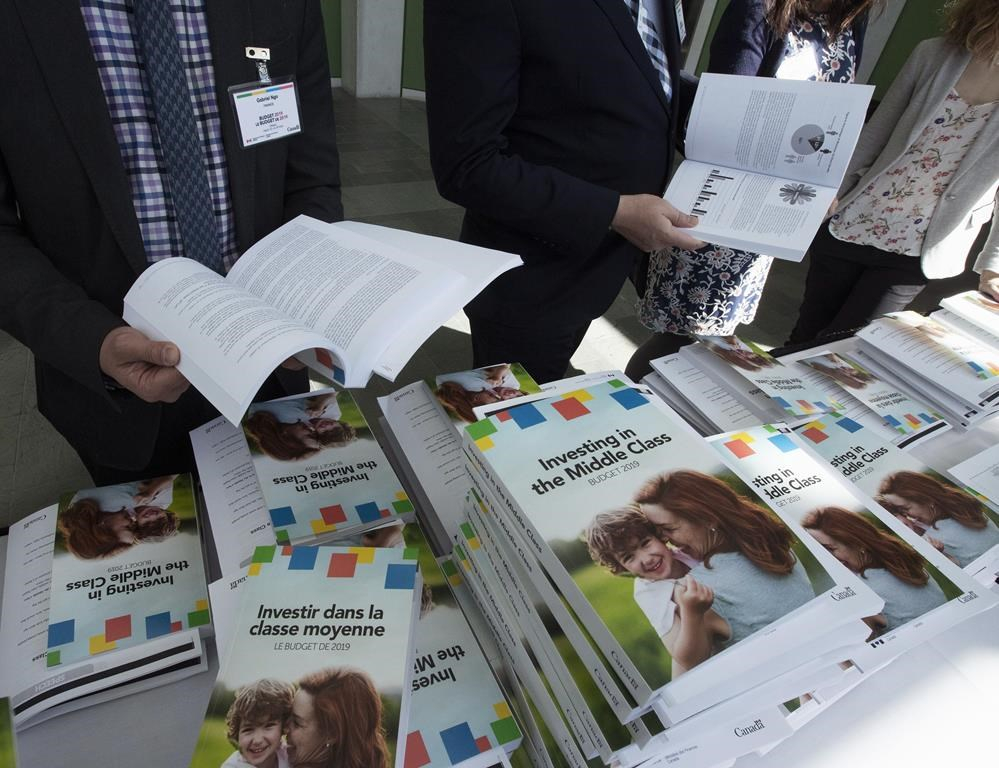 People sift through the 2019 budget booklet at a lockup session with experts and reporters in Ottawa on March 19, 2019. File photo by The Canadian Press/Fred Chartrand
Previous story
Next story

Almost two dozen Canadian environment groups are urging the federal Liberal government to make sure its next budget acknowledges that climate change is costing the country hundreds of millions of dollars every year.

The groups are releasing their annual Green Budget document today calling for money for green skills training, funds to retrofit transport trucks with fuel-saving devices and a massive increase in spending on global climate mitigation projects.

The federal budget is still months away, but environment groups are getting their asks in early, looking to take advantage of the momentum climate action got in last month's election campaign.

In addition to funds to help slow carbon emissions, the groups say Ottawa has to ramp up spending to address the damage climate change is already causing.

They note the 2019 budget only included $130 million in 2019 and 2020 to help provinces and territories cope with the increasing number of large-scale natural disasters.

Hi there,
Could you send me a link to the "2 dozen environment groups" please?
Thank you