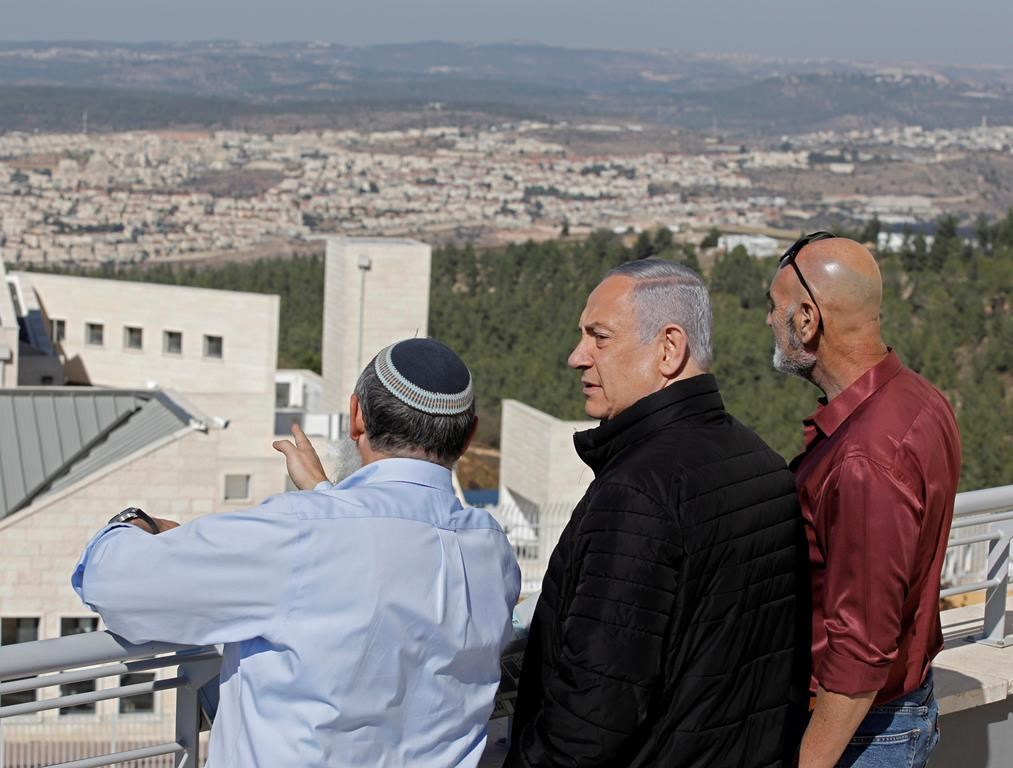 Canada has affirmed it does not share the Trump administration's view that Israel's settlements in the West Bank are legal under international law, casting a vote supporting Palestinian self-determination at the United Nations.

A senior government official, speaking anonymously because of the sensitivity of the Middle East file, says Canada deemed it necessary to change its voting habits at the UN this week and support a resolution that Israel opposed.

On Monday, the United States reversed four decades of foreign policy when Secretary of State Mike Pompeo announced that the U.S. is no longer guided by a 1978 State Department legal opinion that the West Bank settlements of Israeli civilians were "inconsistent" with international law.

The U.S. decision pleased Israel but other countries and the Palestinians said it could undermine the prospects for peace, while it revived some Canadian domestic political mud-slinging.

Throughout it all, Canada's position remains unchanged: the settlements are illegal, a position that has been affirmed by successive Liberal, Conservative and Progressive Conservative governments.

On Monday, Canada voted to support the motion along with 163 countries at the UN General Assembly, while five countries — the U.S., Israel, Micronesia, the Marshall Islands and Nauru — voted against and nine others abstained.

In recent years, Canada has come to Israel's defence at the UN to end an informal annual tradition that has become known in some circles as "Israel bashing." Starting with former Liberal prime minister Paul Martin, Canada shifted its position on the nearly two dozen anti-Israel votes that would come before General Assembly each year: instead of always abstaining, Canada began voting against more and more of them.

The Conservatives under Stephen Harper ramped up the "no" votes, in conjunction with Israel and the U.S., while adding full-throated public support for Israel and often criticizing the UN as a bastion of hypocritical dictators.

The Liberals under Prime Minister Justin Trudeau have continued that policy — minus the anti-UN rhetoric, as Canada seeks a temporary seat on its most powerful body, the Security Council, in a vote next year.

"Canada maintains our strong opposition to the singling out of Israel for opprobrium at the UN, and has voted against the vast majority of these yearly Israel-related votes," Adam Austen, the spokesman for Foreign Affairs Minister Chrystia Freeland, said Tuesday.

"Canada is committed to the goal of a comprehensive, just and lasting peace in the Middle East, including the creation of a Palestinian state living side by side in peace and security with Israel. In keeping with Canada's long-standing position, it is important at this time to reiterate our commitment to a two-state solution and the equal rights and self-determination of all peoples."

The arrival of Donald Trump in the White House has presented new challenges. When Trump the decided to move the U.S. Embassy from Tel Aviv to Jerusalem — a city that has special significance to Jews, Muslims and Christians — the UN voted in December 2017 to rebuke him.

Caught between a rock and hard place — Canada was renegotiating the North American Free Trade Agreement and didn't want to provoke Trump — the Trudeau government orchestrated a carefully considered abstention in that vote, joining 34 other countries.

Then came Monday's announcement by Pompeo on the settlements, which set the stage for the voting at the UN, and Canada's shift on the Palestinian self-determination motion.

"In our view, the core of the conflict remains the refusal by Palestinian leaders and their supporters to recognize the Jewish People's indigenous ties to the Land of Israel. This is what the UN — and Canada — should be condemning," said B'Nai Brith Canada. "We call on Canada and the rest of the international community to press the Palestinian Authority to return to the negotiating table, and to stop harmful practices such as rewarding terrorists and their families."

Conservative Leader Andrew Scheer said on Twitter that it marked a return to the "shameful Israel-bashing that regularly occurs at the UN."

Conservative Sen. Leo Housakos gave voice on Twitter to a common refrain from the Harper years: "The Trudeau government once again shows in practice they are no friends of the State of Israel. They side with the UN, a club full of dictators and despots."

From fear and loathing to nonviolence and compassion behind The Wall