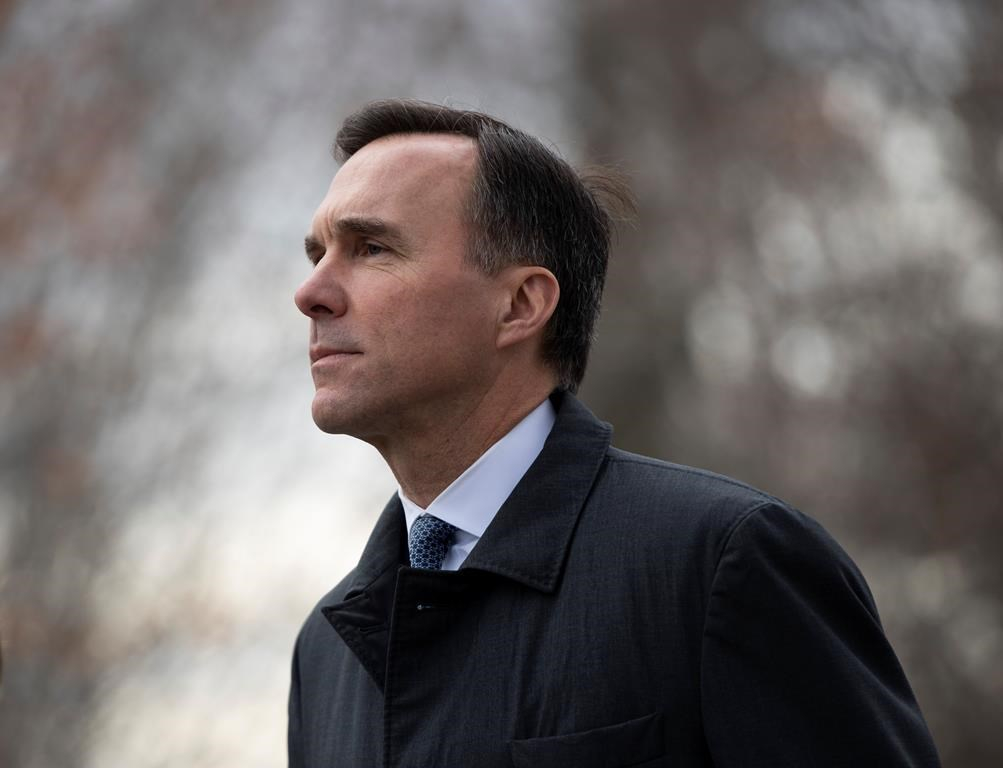 Bill Morneau, who remains Minister of Finance, arrives for a swearing in ceremony at Rideau Hall in Ottawa, on Wednesday, Nov. 20, 2019. File photo by The Canadian Press/Justin Tang
Previous story

The federal government says the Trans Mountain pipeline expansion will bring another $500 million a year in corporate tax revenue to be spent on fighting climate change, but the Liberals won't say where they got that number.

The figure was cited by the government when it approved the project a second time last June and was also included in the Liberals' campaign platform.

In 2018, the government stepped in to buy the existing pipeline between Alberta and the B.C. coast from Kinder Morgan Canada for $4.5 billion. The company and its investors got cold feet about proceeding as political opposition to the pipeline threatened unending delays, so Ottawa bought it. The government intends to see through the expansion and then sell it back to the private sector.

Under heavy criticism from environmentalists for pushing a major pipeline project at the same time as they've insisted on the need to slash greenhouse-gas emissions, the Liberals promised any new revenue from the expansion project, including corporate taxes, will be spent only on climate-change mitigation. That includes natural solutions like tree planting and clean technology projects.

Matthew Barnes, a spokesperson for Finance Minister Bill Morneau, said in an email Monday the $500-million figure was a "Finance Canada estimate based on the additional corporate tax revenue that the federal government could receive from the successful completion and operation of TMX."

British Columbia-based economist Robyn Allan, who is skeptical about the benefits of the expansion project, said she has not been able to get the government to explain the figure for months and is accusing the government of obstructing the information because the analysis won't hold up to scrutiny.

"If they can't tell you how it was derived it really begs the question if there is any substance to it at all," she said.

She is also demanding the government tell Canadians what the expansion is going to cost to build. The last estimate was $7.4 billion but that figure is now several years old and hasn't been updated since the federal government bought the pipeline.

The existing Trans Mountain pipeline carries about 300,000 barrels a day of crude oil and related products from Edmonton to a terminal in Burnaby, B.C. The expansion project is to build a second, roughly parallel, pipeline to nearly triple the system's total capacity. The expanded pipeline is primarily to carry diluted bitumen to be loaded on oil tankers for export.

The government's hope is if Canada can get more oil to coastal ports, new buyers in Asia will step in, reducing Canada's reliance on the United States as an oil customer and increasing the price Canadian producers can get.

It is the linchpin in Prime Minister Justin Trudeau's attempt to continue to benefit from Canadian natural resources while fighting climate change. Alberta is angry the pipeline hasn't yet been built, and blames Trudeau's regulations and climate policies for the delays on Trans Mountain and the lack of other new pipelines as well.