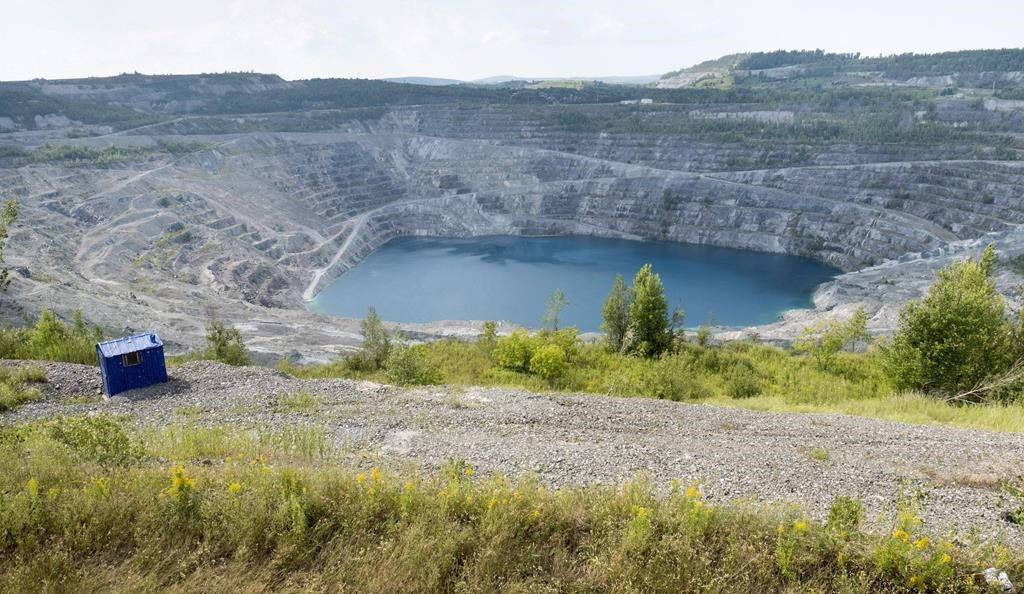 The open pit of the now closed Jeffrey mine is seen in Asbestos, Que., on Wednesday, Aug. 10, 2016. File photo by The Canadian Press/Paul Chiasson
Previous story

Tired of having his town associated with a cancer-causing mineral responsible for killing tens of thousands of people globally, the mayor of Asbestos, Que., says it's time for a name change.

Hugues Grimard said Wednesday the name carries an unfortunate connotation and it's preventing the town from developing foreign business ties.

"If we want to go further in terms of economic development, then we don't have the choice," Grimard said in an interview. "The media attention of our past stays with us any time we do anything."

Grimard said he knows of at least four businesses that wanted to move to the area but backed out after investors learned the town's name.

"I have a local development agent who went to Ohio and he tried to give his business card and people actually didn't even want to take the card," the mayor said.

From the air, the town of 7,000 people looks like a small collection of streets that run south from a giant open-air asbestos mine, inside which is a blue lake.

Founded in the late 19th century around the now-closed Jeffrey mine, the town 170 kilometres east of Montreal helped make Canada one of the world's leading asbestos exporters.

For centuries, the fibrous mineral has been used in building materials such as ceiling tiles and cement, but it's now banned in many jurisdictions across the globe.

In 2018, Canada banned asbestos and asbestos-containing products, with some exceptions. The World Health Organization says the inhalation of asbestos fibres causes lung cancer, mesothelioma and other diseases and has killed tens of thousands of people.

That has Asbestos the town looking to diversify its economy, and councillors voted unanimously to change the name. There was no public consultation, but Grimard said residents have known for years councillors were looking into putting the name behind them.

"I think people will understand the necessity of this if we want to further our development," said Grimard.

He said he had no alternative name in mind and wanted residents to submit ideas, adding council would like to announce the new name sometime in 2020.