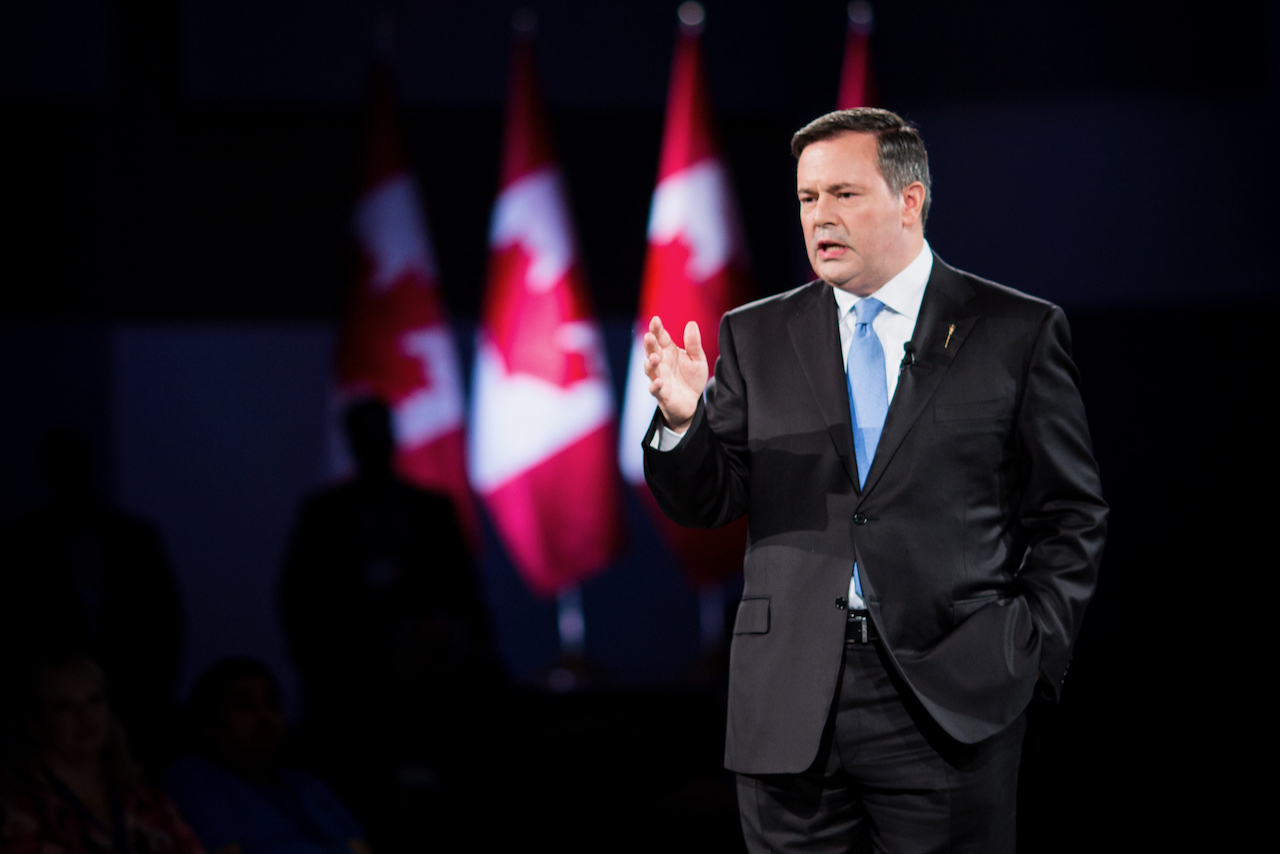 This is part four of a four-part series, in which Canada’s National Observer presents a data-based dismantling of the false claim that Alberta’s oil and gas sector has been targeted by a cabal of American foundations.

Myth 7: Land and marine conservation grants from the Gordon and Betty Moore Foundation are a hidden part of anti-pipeline efforts.

The Gordon and Betty Moore Foundation is the third largest international funder in Canada, and has granted hundreds of millions of dollars supporting Canadian coastal rainforest and marine habitat preservation. According to sources with knowledge of this funding, Moore's involvement in Canada goes back to at least the year 2002.

In unpacking this wholly uncorroborated speculation, it's important to know that the Moore Foundation is not viewed as political or partisan, did not participate in the Tar Sands Campaign, and indeed partnered with the Harper government in the creation of the Great Bear Rainforest.

Uniquely among environmental funders, Moore expressly excludes climate change as a funding priority, preferring to sharply focus its efforts on a small range of projects for impact on a globally important scale.

As one such example, since the foundation's inception, Moore has committed $600 million to preserving some 170 million hectares of the Amazon rainforest.

Most significantly, Moore is an unparalleled leader in North Pacific ocean health and marine habitat preservation. It has developed unique expertise in protecting the wild salmon ecosystem along the entire North Pacific, from California through British Columbia to the Arctic coastline, and across to Russia's Kamchatka Peninsula.

Including its Amazon initiative, since inception the Moore Foundation has granted over $2 billion dollars on highly localized environmental conservation.

Moore's considerable Canadian grants, administered through a DAF managed by Tides Canada, have particularly focused on protecting the coastal waters of Great Bear Rainforest, with the goal of preserving the largest remaining intact temperate rainforest and one of the most pristine wilderness environments in the world. In collaboration with the Nature Conservancy and other funders, Moore's grants support the development of a conservation economy generating sustainable employment for First Nations coastal communities and local residents.

Those original funding efforts were matched by the Harper government in 2007 by then-environment minister John Baird.

Because many of the First Nations and environmental groups funded through the Moore Foundation also opposed the Enbridge Northern Gateway pipeline, on the strength of this correlation alone, it's now claimed that the true purpose of Moore's grants was not environmental protection but protection of the American trade monopoly on Canadian oil.

This, notwithstanding that Moore was engaged and focused on marine habitats years before there was a whisper of a pipeline.

Just five years after John Baird partnered with the Great Bear Rainforest funders, his successor Peter Kent would be attacking Moore and other foundations as money-launderers, while senators and other government leaders compared them to criminals and terrorists.

Undeterred by politics and headlines, the Moore Foundation continued its work of prioritizing ocean health, supporting the Canadian government-led Pacific North Coast Integrated Management Area (PNCIMA) process, as well as the Marine Plan Partnership for the North Pacific Coast (MaPP), a co-led process between 16 First Nations and the B.C government.

As should be obvious, given its focus on Pacific salmon habitats, it would be odd for the Moore Foundation to exclude the British Columbia coastline. It shouldn't need pointing out that charitable foundations are not prone to granting hundreds of millions of dollars on speculation that environmental funding can stop pipelines.

It's important for Canadians to know that Moore is also one of the world's most illustrious scientific philanthropies, having funded major mathematics and physics research facilities at Cambridge, Stanford and Caltech universities.

Its co-founder, Gordon Moore, is still alive at 90. A technology giant and pioneer, respected the world over, Moore co-founded Intel, authored Moore's Law, and co-invented the semi-conductor. Gordon Moore is a globally important philanthropist in both scientific research and environmental conservation. As a marker of its integrity, the Moore Foundation seeks regular independent review of the its practices by credible outside experts.

The Gordon and Betty Moore Foundation sets a gold standard in governance. Its highly respected founder remains engaged with the foundation, has secured internationally credible independent leadership and maintains independent checks and balances on program funding.

Canada will benefit for generations from the scientific and environmental dividends of the Moore's generosity in preserving an ecologically vital pristine wilderness that most Canadians will never see.

One of the most disgraceful episodes of Canada's recent political history is the casual and baseless besmirching of stellar reputations like the Moore Foundation's in pursuit of tortuous and convoluted conjecture by a single researcher, now elevated to official government policy.

Myth 8: Foreign money made all the difference.

It's not foreign foundation money the Alberta oil and gas sector has run into, it's the power of public opinion and the strength of Indigenous and B.C. environmental expertise and culture. Their leaders and activists are seasoned veterans who've been honing their skills for decades.

Above all Indigenous nations' mastery of court challenges cannot be overstated — and court is the ultimate battleground where the fate of the TMX pipeline will be determined.

A straight line can be drawn from the landmark jurisprudence in Sparrow, Delgamuukw and Tsilhqot’in cases to the Federal Court of Appeal's decisions on pipelines.

The Tar Sands Campaign wasn't invented by Rockefellers in a Manhattan boardroom, although a supportive funding model may have been approved there.

Every single technique pipeline opponents have used comes straight out of dog-eared playbooks that First Nations and activists wrote themselves, decades ago.

British Columbians are good at this.

Anyone who forgets that British Columbia is the birthplace of Greenpeace, the Sea Shepherd Society, the Friends of Clayoquot Sound and the Great Bear Rainforest (a joint project with Indigenous nations, industry and local communities) does so at their peril.

Myth 9: The Canadian oil sector is a victim, out-funded by large foreign foundations.

Canada's oil and gas sector is not being bullied and victimized by huge American foundations.

For one thing, it's not that Canadian. According to the federal government, the oil and gas sector has among the highest foreign control of Canadian assets in the country, at 43 per cent. And while that stake has declined with the departure of major players in recent years, it was valued at $180 billion in 2017 and still pays billions in dividends a year to foreign owners and institutional investors.

Over the last decade, ExxonMobil shareholders earned more than $16 billion in dividends from holdings in Imperial Oil, while the Alberta public was being whipped up by alarming rhetoric that the Tar Sands Campaign had raised some $40 million outside the country.

Once again, the fatal flaw of the foreign funding conspiracy theory is its failure to ground data in context and provide the public with meaningful perspective.

Or perhaps that's its chief victory, as the theory is so widely accepted in Alberta.

There is no foreign conspiracy

Without a hint of irony, the same week that Alberta Premier Jason Kenney released the terms of reference for his inquiry into foreign funding of environmentalists, he announced his trip to the United States to seek increased foreign investment.

Which returns us to where we started. Like other right-wing leaders around the world, Jason Kenney cares more about the politics than the truth.

He's trotting out the bogeyman of foreign funding as a scare tactic to distract the public from climate change and to discredit, silence and intimidate environmentalists.

It's one thing for lone commentators to pursue untested theories online. That's fair game. It makes all the difference in the world when governments use them as a rationale for employing state powers against citizens lawfully exercising their right to peaceful dissent.

The stakes could not be higher.

We shoulder no graver responsibility as citizens than to trust science and press governments to act on climate change with the greatest possible dispatch.

As citizens, we'll disagree, sometimes heatedly, over strategy and methods.

But we must all understand this. Jason Kenney's campaign to discredit the environmental movement and personally attack its leaders is designed to undermine the political will we need to meet the most urgent challenge humanity has ever faced.

These are not just cynical politics, they are profoundly wrong. The public can't be distracted by these methods, nor should we excuse them.

The hour is upon us. There isn't a moment to spare.

Canadians must act today on climate change, and we must unreservedly reject, condemn and cast aside Jason Kenney's war on democratic freedoms.

It belongs in the dust heap of history, where it will soon reside if our young marchers have their way.

Part 1: Jason Kenney foreign-funding conspiracy theory is false and we can prove it