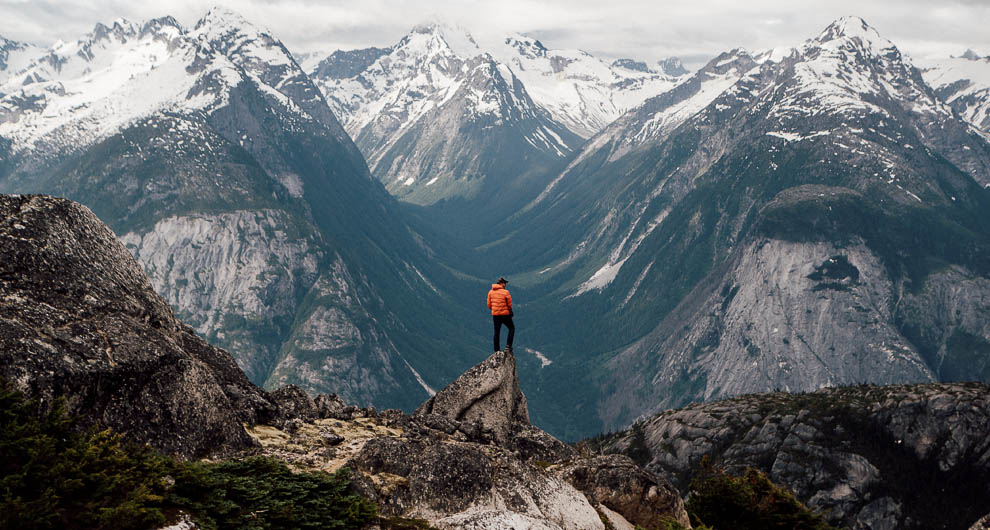 Caribou Mountains. Photograph from Destination BC
Previous story
Next story

The effects of human-caused climate change will be dramatic and severe in mountain and Arctic regions of Canada, the Intergovernmental Panel on Climate Change is predicting in a special report.

The IPCC Special Report on the Ocean and Cryosphere says climate change will cause up to 80 per cent loss of glaciers, disruptions of recreational and cultural activities in mountain regions and heightened risk of landslides and other hazards, water shortages and unprecedented sea-level rise.

The cryosphere encompasses all the Earth's water in solid form, including sea ice, lakes and rivers, snowpack, glaciers and permafrost.

Released in September with little fanfare, the report is now being discussed more widely at the COP25 climate change conference underway in Madrid, Spain.

Ko Barrett, vice-chairwoman of the IPCC and the deputy assistant administrator for research at the National Oceanic and Atmospheric Administration (NOAA), spoke on the importance of the report at the conference on Tuesday.

She reminded everyone that commitments made so far on greenhouse gas reductions still have the world on a path to warm by three to four degrees Celsius in the lives of children who are already born.

“Emissions have, in other words, continued unchecked on a business-as-usual scenario, despite the commitments made toward the Paris Agreement. There are consequences to this path,” she said.

Some of those consequences are outlined in the report. Barrett said the report was the first in-depth look by the IPCC at these regions of the world from “the highest mountain peaks, the frozen northern and southern parts of the world, all the way to the deepest parts of the ocean.”

What the report says about glaciers and Canada’s mountain region

In a best-case scenario where we act on climate change now and lower greenhouse gas emissions, the report says, glaciers in Western Canada will still shrink by roughly 70 per cent by the end of the century compared to their size in 2005. In a less optimistic scenario, where emissions continue unabated for the time being, glaciers will shrink by roughly 90 per cent. Meanwhile, glaciers in the European Alps are projected to be gone, or virtually absent, by 2100 in the latter scenario.

New insights into what climate change will mean for Canada's mountain and Arctic regions from the @IPCC_CH's Special Report on the Ocean and Cryosphere in a Changing Climate #SROCC. Check out this summary from @SarahLawrynuik. #climatecrisis

Larger glaciers aren’t predicted to have the same level of mass loss, with predicted losses between 18 per cent and a 36 per cent loss depending on how effective climate action is.

This loss of glacial ice is triggering significant changes in water runoff for snow- and glacier-fed river basins. In Western Canada, for example, the report notes there’s been an average increase in winter runoff but decreases in summer runoff — similar trends are being seen in the European Alps and in Norway. Overall in Western Canada, a decrease in annual runoff has been observed.

The report predicts water in glacier-fed rivers has already peaked and will decline from here, as we’re already beginning to witness.

Changes in the amount of water flow from mountain regions and when it flows during the year is expected to affect how hydropower facilities in British Columbia — such as those in the Skagit River basin — operate, though there is little evidence to suggest at this point overall energy production will be affected.

Runoff changes are also expected to cause significant shifts in the nutrient content of water “and influence water quality through increases in heavy metals, particularly mercury, and other legacy contaminants posing a potential threat to human health.”

But this threat is more pronounced in other parts of the world where glaciers have been subjected to more pollutants, and less pronounced in Alaska and Canada, according to the report.

What the report says about permafrost and the Arctic

Climate change in the Arctic is having significant, wide-ranging negative effects on food security, water resources, water quality, livelihoods, health and well-being, infrastructure, transportation, tourism and recreation, as well as the culture of human societies — particularly in Indigenous communities, the report says.

“Adaptation efforts have benefited from the inclusion of Indigenous knowledge and local knowledge,” it reads.

Between 1979 and 2018, sea ice has decreased for all months of the year. Using September as an example, that decrease has been roughly 13 per cent per decade.

Some of the main issues resulting from the changing Arctic climate are increased risk of food- and water-borne diseases, malnutrition, injury and mental-health challenges.

Should we fail to reduce carbon emissions, the continued thaw of permafrost globally will lead to hundreds of billions of tonnes of CO2 equivalent emissions. While increased plant growth in these newly thawed regions helps absorb some carbon into the soil, it is not enough to combat permafrost emissions caused by the warming climate.

Indigenous communities have been forced to alter many traditions and activities to adapt to the seasonality of land, ice and travel-safety conditions. Infrastructure failures are resulting from flooding, and thawing permafrost.

Snow cover in the Arctic in the spring and fall is expected to fall by five to 10 per cent out to 2050, and with no emissions reductions, there will be an additional 15 to 25 per cent loss after 2050.

The size of the glaciers melting in Arctic Canada, Greenland, Iceland, Russian Arctic, Scandinavia, Svalbard and Antarctica dwarf the effects of smaller glaciers melting, with about 80 per cent of global sea-level rise from glaciers coming from the aforementioned regions, out to 2100.

Over the past two decades, the Arctic has warmed more than twice as fast as the global average because of the feedback cycles developed from the melting of the sea ice and spring snow cover.

The melting sea ice in the Arctic could influence weather at lower latitudes, but how that will look is not clear at this point.

These cryospheric changes to 2050 are largely locked in due to surface-air temperature increases, but how emissions-reduction strategies are pursued will alter what happens in the second half of the 21st century.

What the report says about recreation and safety in the mountains

The report specifically looks at what climate change means for mountain recreation and safety, and the verdict isn’t promising.

Snowfall averages in mountain areas are expected to decrease between 10 and 40 per cent to 2050 regardless of whether we reduce emissions. If we fail to reduce emissions, mountain snowfall averages will drop by 50 to 90 per cent to 2100. The report also points out snowmaking technologies will be less effective, given warmer climates in Canada, the United States, Japan and European countries.

By 2050, only 13 of 21 prior Winter Games host locations would be predicted to have adequate snow reliability if we reduce emissions now. If we don’t, the number of viable locations drops to 10.

By 2080, the number drops to 12 and eight, respective of the two scenarios.

“In summary, financial risks to mountain communities that depend on tourism for income, are high and include losses to revenues generated from recreation primarily in the winter season. Adaptation to cryosphere change for ski tourism focuses on snowmaking and is expected to be moderately effective for many locations in the near term (2031–2050), but it is unlikely to substantially reduce the risks in most locations in the longer term (end of century).”

Risks to mountain community tourism could be amplified by risks to water sources, and permafrost thaw and glacier retreat decreases the stability of high mountain slopes, creating a question of safety in the future.

“Floods due to glacier lake outburst or rain-on-snow, landslides and snow avalanches, are projected to occur also in new locations or different seasons,” the report reads.

What the report says this all means for the oceans

It’s no secret that the world’s oceans are bearing the brunt of rising temperatures and CO2 emissions, having taken up more than 90 per cent of the excess heat in the climate system, the report says.

Consequently, ocean warming has more than doubled since 1993. Marine heatwaves have doubled in frequency since 1982 and their intensity is increasing.

Acidification is ongoing and a loss of oxygen has occurred up to depths of 1,000 metres.

Ice loss in Antarctica tripled between 2007 and 2016 compared to the decade prior, and in Greenland, loss doubled in the same time frame. That increase in the rate of melting, along with glacial melts in other parts of the world has driven an acceleration of sea-level rise.

Ocean damage has Canada's marine life on the run

By Zoya Teirstein  | News
Race to a Safer World