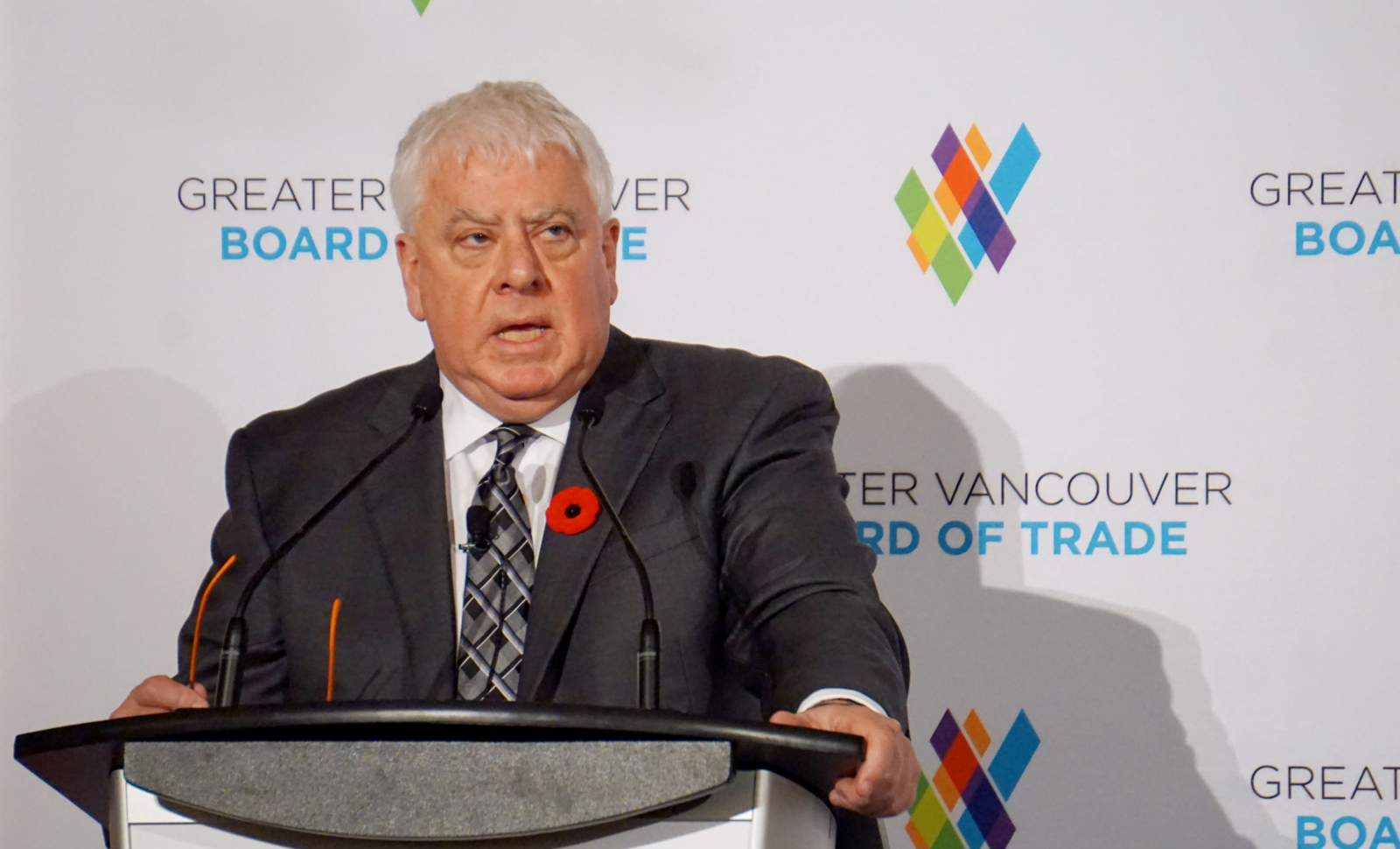 The CEO of Trans Mountain says he's "a little greyer" than he was 10 years ago when planning began for an expansion of the Edmonton-to-Burnaby oil pipeline but he's still proud to oversee the official launch of Alberta construction.

Ian Anderson, who switched employers when the pipeline and its proposed expansion were sold to the federal government in 2018 for $4.5 billion, repeated a vow Tuesday to have expansion project pipe in the ground before Christmas.

Speaking in a frosty field west of Edmonton, he said the project has been steadily improved as it was repeatedly delayed over the years and is now set to be the "best darn pipeline in the world" with enhanced leak detection and thicker pipe in key segments.

He said the pipeline will take 30 to 36 months to build, which means it could be completed in the second half of 2022, but he declined to update the last cost estimate of $7.4 billion because the schedule is not yet confirmed.

Federal Minister of Natural Resources Seamus O'Regan said the event and the opening of the Canadian part of Enbridge Inc.'s Line 3 export pipeline last weekend make it a "good week" for Canada.

Alberta Energy Minister Sonya Savage said it's "crucial" the Trans Mountain project not be subject to any further delays after it had to be approved twice by the federal government because of court challenges.

The expansion will nearly triple the 300,000-barrel-a-day capacity of the existing Trans Mountain pipeline, which carries crude oil and refined products from Edmonton to a terminal in Burnaby, B.C.

What we need in BC is a total

What we need in BC is a total commitment (not promises) that along with the construction of the pipeline and all of the massive increase in costs is a huge increase in technical abilities to contain a tanker incident. This requires huge fire fighting vessels and huge increases in manpower and services to limit the destruction that a tanker incident would cause. Of course this will not happen. One reason for this is that once the oil (bitumen) or whatever, is on the tanker in Burrard Inlet or the condesant is arriving by tanker the responsibility is with the tanker corporation and that means big, big problems for our coastline and not much help from Canadian Governments.

There are two legal

There are two legal challenges still active on this project. One is by the T'sleil-waututh-led Indigenous group challenging the project on Constitutional grounds in the Federal Court of Appeal for the second time because the court-ordered latest go-round on consultation was on the far side of inadequate. It's probably safe to say that nearly all Coast Salish people are opposed to this project, namely the pathetic attempt at risk analysis and spill remediation planning in the marine environment.

The second challenge is BC's appeal to the Supreme Court of Canada of the original reference case that lost in the BC Court of Appeal earlier this year. The legal analysis of that decision left lawyers and Indigenous representatives incredulous, namely on the complete disregard for the First Nations that registered as intervenors. Their submission was not even addressed by BC's top court.

The government also saw only one of its several questions addressed on defining its powers to deal with toxic materials moving through its jurisdiction. One of the judges specifically mentioned that the federal jurisdiction over projects that cross provincial boundaries allowed her to "easily" ignore the other questions. That comment and ignoring an intervenor's entire input makes one wonder if the BCCA purposely wanted the case to be appealed to the SCC.

Of interest, the SCC already ruled in 1984 that BC actually does own the coastline around, and the seabed underneath all inland seas. That effectively covers the entire tanker route from the Westridge Terminal in Burrard Inlet to the open ocean at the entry to the Strait of Juan de Fuca, essentially the entire Salish Sea. It is hoped that the SCC will use this precedent in their deliberations on the reference case along with the Constitutional protection of Indigenous rights. If not, then what on Earth is the value of confederation to BC in the advent of imposing a questionable project that is in primarily Alberta's interests, not the nation's beyond the feds recouping their losses?

Of course, tankers on the coast are where the greatest spill risk rests. BC will have to assume most of the risk if not in spill cleanup organization and effort, then in imposed damage on the 100+ billion dollar annual marine economy and complex ecosystems. So will Washington State should a tanker crack open anywhere near the ocean boundary and in the pristine island archipelago that BC shares with Washington. The resulting suits could see damage claims in excess of $10 billion. Therein, the proponents need to post a bond in at least that amount, as well as prove to the 3.3 million people on the coast that a spill remediation fleet and force will be in place.

Given the professional critique on the faulty economics behind this flawed project by many people who have researched and done the math, and in the face of action on climate change and a transition backed by a phenomenal of money by all the major car companies to produce electric vehicles within the next five years, one can assume the rhetoric about "national interest" and "diversifying to overseas markets to get better prices" is magical thinking.

Here's mine: Kill this stupid project in court before it gets even half way completed. Force the feds to write down the loss and start preparing a genuine, honest to goodness Transition Plan truly in the national interest and with deep consultation with the people. And give Alberta every chance to respond to the incremental disappearance of the internal combustion engine and the requirement to diversify their economy before they are left by the wayside by the world moving on. And please, do not let the oil industry transfer its environmental liabilities to the nation.