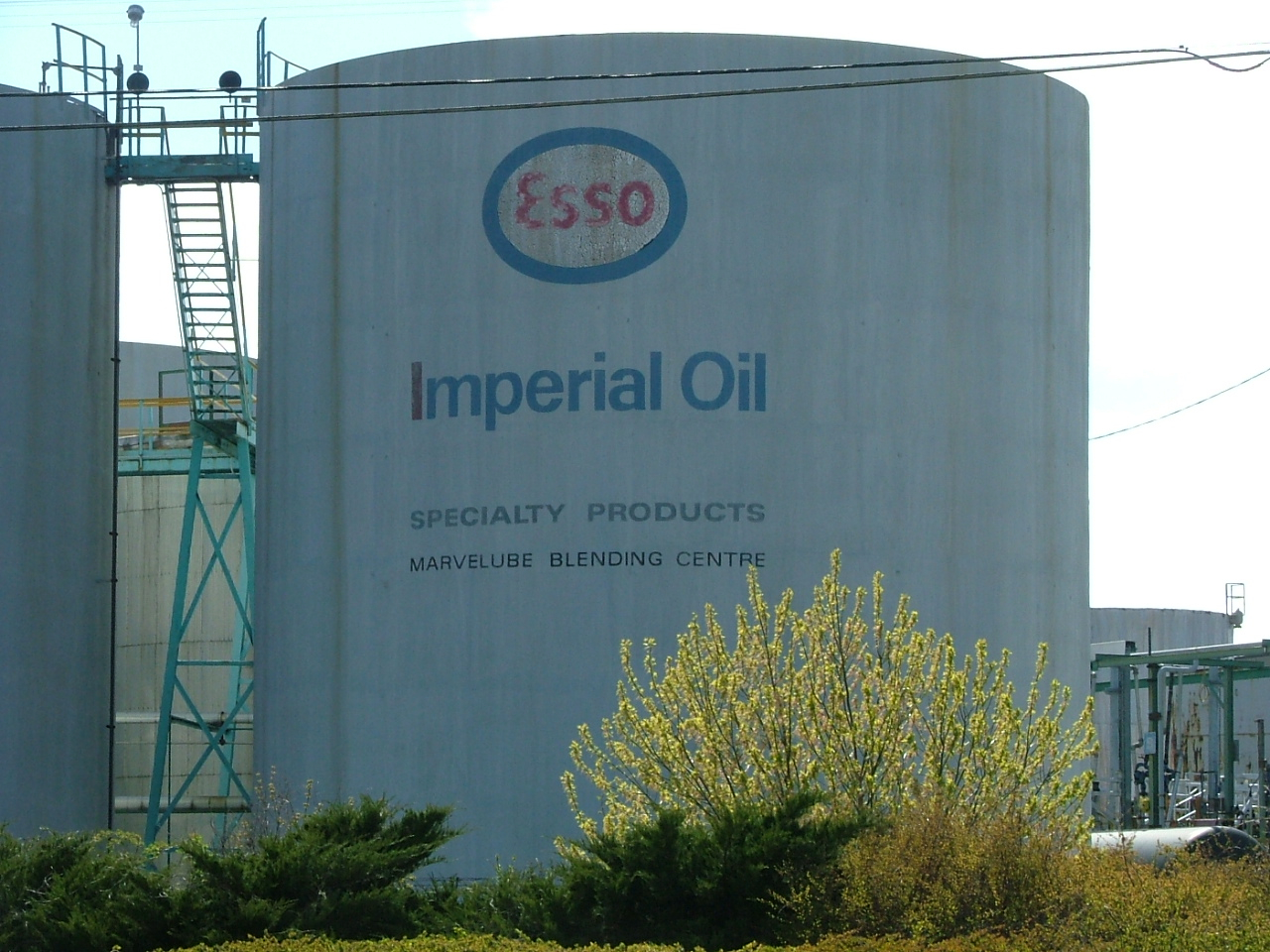 As far back as 1991, the Canadian arm of Exxon Mobil Corp.’s empire anticipated that a high tax on carbon emissions would be necessary to maintain a stable climate, newly released documents show.

HuffPost reviewed the documents, which show that Imperial Oil ― Canada’s No. 2 petroleum producer, which the world’s largest publicly-traded oil company has long owned ― hired a consulting firm to model which price on carbon would deliver the emissions cuts officials in Ottawa were looking to impose.

This was in the early 1990s, when awareness of global warming had started to go mainstream and talk of regulation seemed to be increasing. An April 1991 memo that then-chief executive A.R. Haynes signed showed it would take a tax of “$55 per tonne of CO2” for Canada “to stabilize CO2 emissions,” roughly the equivalent of $88.50 in today’s Canadian dollars. In United States dollars, that translates to about $41 per metric ton in 1991, or $78 per metric ton in 2019 ― far higher than anything either country has considered.

Imagine the alternate history where the oil industry called for a [$78 per ton] carbon tax.Gernot Wagner, New York University’s Department of Environmental Studies

Compare that to the leading carbon tax proposal in the 1990s, which called for a price starting at a nickel in 2000 and rising to $2 per metric ton by 2100. The $78 per ton tax was even higher than the roughly $40 per ton carbon price the Obama administration considered and that Exxon Mobil endorsed as part of an ill-fated effort led by a handful of Republican elder statesmen in 2017.

A 1993 internal Imperial Oil document stated that “very high levels of tax would be required to achieve a CO2 stabilization target.”

The revelations come just weeks after the New York attorney general argued in court that Exxon Mobil misled investors by lowballing the impact carbon pricing would have on the value of its tar sands projects in Canada. Though Imperial suggested in the 1991 memo that the carbon tax best suited to leveling out the country’s emissions was economically unworkable, the document shows the company grasped the magnitude of the looming crisis yet proceeded to misinform the public on the risks.

“Imperial is committed to making further contributions to sound public policy on global warming and to undertaking actions now that make sense in their own right,” the memo read. “This will include widely sharing these findings, updating its inventory of greenhouse gas emissions, funding climate change research programs, implementing economic energy efficiency opportunities, pursuing CO2 disposal opportunities and enhancing the technical and commercial potential of alternative transportation fuels.”

Instead, Imperial joined in its parent company’s decades long misinformation campaign to obscure the threat emissions posed to planetary stability.

In 1998, Imperial’s then-CEO Robert Peterson wrote that “carbon dioxide is not a pollutant but an essential ingredient of life on this planet.” In 2004, the company boasted to its shareholders about investing 10-figure sums in new drilling, primarily in Canada’s tar sands, among the world’s dirtiest sources of oil. Last year, the behemoth ramped up oil and gas production to 383,000 barrels per day, up from 375,000 barrels per day in 2017. Profits topped $2.3 billion, or $1.7 billion U.S. dollars, a “best-ever result” barring 2016, when asset sales inflated the annual income.

The previously unpublished 1991 documents, surfaced by the advocacy groups DeSmog and Climate Investigations Center, come from a trove of documents found in the Glenbow Museum archive in the Canadian oil-producing province of Alberta. The first cache, published in 2016, showed that Imperial Oil, like Exxon Mobil, understood the climate effects of burning fossil fuels for decades before embarking on a public relations effort to seed doubt over the realities of global warming.

The latest documents at least partially rewrite the history of the carbon pricing debate, illustrating yet another road not taken once the industry adopted a strategy of denying the realities of climate science in a bid to delay regulation.

“Imagine the alternate history where the oil industry called for a [$78 per ton] carbon tax,” said Gernot Wagner, an energy economist and associate professor at New York University’s Department of Environmental Studies. “Lobbying around this would have been very different in the ’90s had the [$78] figure emerged as the right metric to rally around. Climate policy nowadays would look very different.”

Neither Imperial nor Exxon Mobil responded Monday to requests for comment.

It’s critical to consider the political context in Canada at the time. The country was considering a “Green Plan” in a bid to catch up to major environmental laws passed in the United States. Climate change started to gain international attention. The first global climate summit in Rio de Janeiro was just a year away. In a bid to get ahead, Canadian policymakers attempted to leapfrog the tepid efforts the George H.W. Bush administration was making in the U.S. at the time.

“They either saw this as a threat or an opportunity to make a point about carbon taxes,” said Kert Davies, the founder of the Climate Investigations Center. “The fact that the Canadian policy arena was years ahead of the U.S. was forcing Imperial to behave differently than Exxon.”

The new documents come as the climate crisis is nearing a tipping point, with average temperatures currently on pace to rise by 3.2 degrees Celsius above the baseline average temperature at the start of the industrial era, according to United Nations projections published in November. A separate study last month found the world’s 10 biggest fossil fuel-producing countries are on course to drill 120% more oil, gas and coal by 2030 than would be consistent with keeping warming within 1.5 degrees Celsius, beyond which scientists project catastrophic change.

Lobbying around this would have been very different in the ’90s had the [$78] figure emerged as the right metric to rally around.Gernot Wagner, New York University’s Department of Environmental Studies

The U.N. called the projections last month “bleak.” As it is, billion-dollar disasters are already surging by the year, and scientists say the unprecedented economic changes required to keep warming at levels that could sustain a climate similar to today’s demand political interventions that go far beyond pricing signals that reflect the social cost of emissions.

But taxing carbon emissions is widely viewed as an important tool to hasten the shift away from fossil fuels. Existing proposals to do that range widely. Canada started implementing a $15 per ton carbon tax this year that will rise to $38 per ton in 2022.

In the U.S., the Climate Leadership Council, a nonprofit backed by oil giants, is campaigning for a $40 per ton tax that originally promised to protect oil producers from liability in the growing number of municipal and state lawsuits accusing companies of deliberately misleading the public about climate change, though the group said it has since abandoned that provision. A bill backed by dozens of Democrats and one Republican in Congress would impose a $15 per ton carbon tax that increases by between $10 and $15 each year and could top $100 per ton by 2030.

Other proposals project the need for a much higher price. In October, the International Monetary Fund called for a $75 per ton carbon tax by 2030. That same month, Wagner published a study in the Proceedings of the National Academy of Sciences that pegged the price at something closer to $100 per ton, and probably more.

The median value of carbon dioxide emissions’ cost to society in a September 2018 paper published in Nature was $400 per ton.

Had Imperial Oil publicized the findings of its carbon tax projections, the dominant 1990s model “would have looked laughably conservative” calling for a tax of $2 per metric ton, Wagner said. The company’s report said its commissioned study projected devastating impacts on Canada’s economy under a high carbon tax, with losses to gross domestic product of $100 billion in 1991 Canadian dollars between 1990 and 2005. The paper urged balance between “the environmental and economic needs of our society.”

“It would have shown that a lot more complex climate policies would be necessary,” Wagner said. “This adds a big new element to this carbon pricing history.”

This article has been updated to include additional comment from the Climate Leadership Council.

"There are real environmental

"There are real environmental issues out there, like deforestation, the pollution of the oceans with plastic and the water supply with endocrine disrupting pesticides and psychotropic medications." A quote from the Climate Agenda--Forbidden Knowledge. Interesting article. I've always believed it is more important to clean as a start, our air and water and earth from the toxins we are putting in them.

Yes, all very necessary, but

Yes, all very necessary, but no where near sufficient, to allow for the ecology of mother earth to rebalance. The climate emergency is just that, and must be the predominant issue for action.