Did feds mislead Canadians about the true cost of Trans Mountain pipeline? 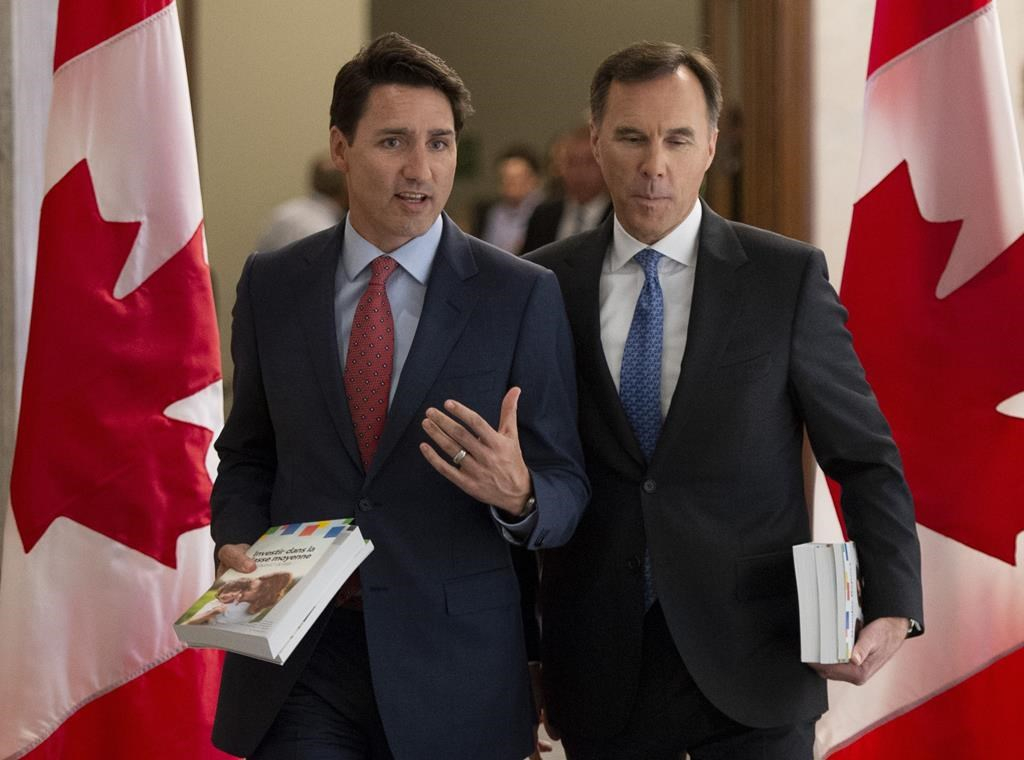 Ever since Finance Minister Bill Morneau announced the Liberal Cabinet decision to buy Trans Mountain from Kinder Morgan for $4.5 billion on May 29, 2018, Canadians have been asking “How much will this pipeline end up costing us?”

There are two price tags. First, the cost for the 66-year-old pipeline. And, second, the cost to build the expansion.

Canadians were assured by Morneau that, “This investment represents a fair price… The core assets required to build the Trans Mountain Expansion Project have significant commercial value, and this transaction represents a sound investment opportunity.”

On that same day Canadians were also led to believe that the second price tag was $7.4 billion.

Hidden deep in hundreds of pages of government documents is one small figure. And it’s strong evidence that on the day the government told Canadians the cost to build the pipeline was $7.4 billion, its own estimates showed the cost to be an extra billion dollars.

What we now know is that Morneau’s advisers were well aware of escalating project costs. Internal government documents released through Access to Information and Privacy (ATIP) tell us the government’s project team ordered a study from Leidos Engineering to determine the cost to build the expansion. That study was underway in April 2018 before Trans Mountain’s purchase was announced.

Briefing notes in the ATIP documents show that the Leidos report was meant to include “new costing and scheduling for (an) $8.4 B project” — 15 per cent more than the cost Ottawa admitted to publicly when it announced the purchase. The new cost is tucked away on page 272 of a 601-page release — the only reference to expected higher project costs that isn’t redacted. Current indications, as detailed in my brief, are that the cost to build the project has likely reached $12 billion.

Taxpayers as owners are at serious risk. An increase in the cost to construct of this magnitude might not be a problem if Trans Mountain could pass all these costs onto the shippers who use the pipeline through higher toll rates. The problem is that Ottawa cannot do so, and this is where the huge taxpayer funded subsidy on the expansion project comes in. At a capital cost of $12 billion, and with the information available, Canadians are on the hook for an additional $3.5 billion from Trans Mountain’s expansion.

That’s the cost of subsidies we are on the hook for a new expanded pipeline. But we are already paying subsidies for the existing pipeline which are currently about $3.4 billion over five-years because Trans Mountain has been losing money since Ottawa bought it. That and the fact that the government paid way too much for the 66-year old pipeline.

Then there are other promises Ottawa has agreed to such as First Nations accommodations, revenue sharing with B.C, and marine safety that exceeds more than $1 billion. Adding it all together subsidies have reached $8 billion and counting.

After Morneau’s press conference announcing Trans Mountain’s purchase in May 2018, his officials held a more detailed briefing with reporters. Staff promised that if the minister knew Ottawa would buy Trans Mountain by July 22, 2018, Canadians would be given an update on the estimate of the cost to construct the expansion. That date came and went and still no mention of the $8.4 billion provided in the Leidos report. Given what we now know, it was clear then that Ottawa had something to hide.

Leidos engineering wasn’t the only one to come up with that $8.4 billion figure. Kinder Morgan knew it and was more forthright with its shareholders than Ottawa has been with Trans Mountain’s new shareholders — the Canadian public. In July 2018, Kinder Morgan filed an Information Circular with the U.S. and Canadian securities regulators that included a Fairness Opinion prepared by TDBank. The opinion included a capital cost estimate of $8.4 billion if the project’s in-service date was 2020 — which everyone knew at the time was the earliest possible date of completion — and a $9.3 billion if the project’s in-service date became December 2021.

When the likely $1.9 billion increase in the project’s cost hit the papers, Ottawa would not support the figure, claiming it was “not an official cost forecast.” But what was known about the delays of the project at that time made $9.3 billion more accurate than $7.4 billion. Instead of advising the public that Ottawa’s own estimate had risen to at least $8.4 billion, it clung to the false narrative of $7.4 billion cost estimate as its ‘official’ figure.

When the project was approved by the prime minister last June, we were again promised an updated cost, but none has been provided. Trans Mountain Corporation CEO, Ian Anderson, was reported as saying on June 19, 2019 that, “there is no update on the last estimated project cost of $7.4 billion.”

So has the government misled Canadians all along or did it have an honest belief that the $7.4 billion expansion cost was accurate?

It seems unlikely. In fact, it seems bizarre.

Because no project manager with a modicum of budget-control expertise would enter into a construction phase for a multi billion-dollar project without an updated and detailed construction budget and reliable construction schedule. And where is Trans Mountain’s Board oversight in all of this? Why would a Crown corporation board allow the project to proceed if they don’t know what it’s going to cost to build and how long it’s going to take?

But what does it matter given that the project is long delayed and costs have skyrocketed, likely well beyond the $8.4 billion in any case?

The apparent lack of project control is chilling. On Dec. 3, Trans Mountain held a press gathering to generate fanfare around construction on Phase 1 in Edmonton. There were appearances by Federal Minister of Natural Resources Seamus O’Regan and Alberta Energy Minister Sonya Savage. No one explained the disconnect between promises of construction start in August, and an announcement that construction had begun four months later in December. No one mentioned that the announcement indicates another major delay.

At the press gathering Trans Mountain refused to cop to the out of control costs for this project. Mr. Anderson was reported as saying the pipeline will take 30 to 36 months to build, which means it could be completed in the second half of 2022, but he declined to update the last cost estimate of $7.4 billion because the schedule is not yet confirmed. Remember, Trans Mountain used to say it would take 24 to 30 months to build, so a 20 per cent increase in time line has been quietly slipped into the schedule—that’s a 20 per cent addition in construction activity and carrying costs.

What have we learned from all this? First we have learned that Ottawa makes promises to give us information about the financial future of Trans Mountain but repeatedly goes back on its word. And then, when Ottawa does give us information we are entitled to, we now know it can’t be relied on.

How about ending those

How about ending those subsidies to Fossil Fuels we promised to do in Paris? More pie in the sky and crud in the ground from a government who still hasn't figured out.........you can't expand bitumen production and transport, and meet any climate targets worth fighting for.

The road to climate hell may be paved with asphalt..........forget about the good intentions.

Meanwhile, the cost of

Meanwhile, the cost of renewable energy and storage just keep falling. The government needs to get its head out of the oil sands and realize where the future of economic prosperity lies.

I am truly saddened by the

I am truly saddened by the government's position and lack of transparency about the pipeline's true costs. I would expect more than a retreat to Harperesque tactics. Remember the waffling/obfuscation about the "true cost" of a certain fighter jet?